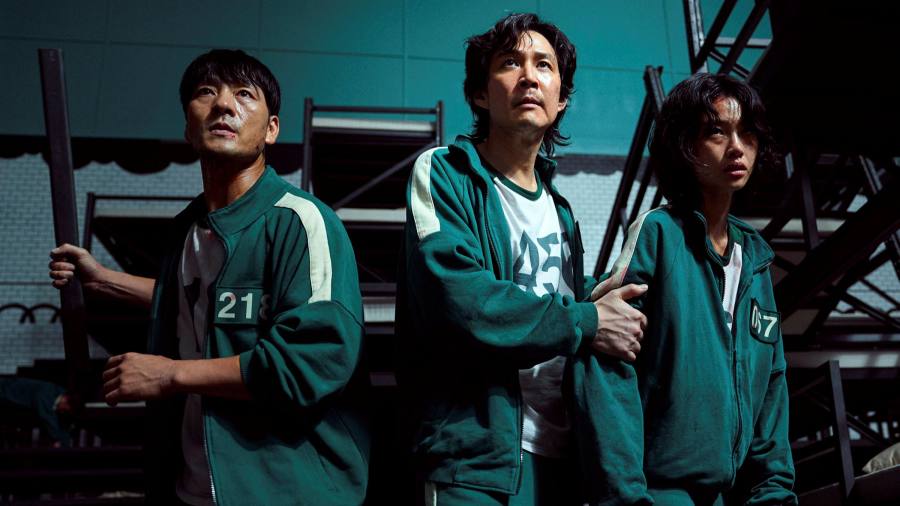 When Netflix first launched Squid Game, few guessed the South Korean drama would become the US streaming company’s most popular show launch ever.

Fewer still would have imagined that the flood of network traffic the show attracted would set the stage for higher internet bills and video subscription fees around the world.

More than 100m viewers, says Netflix, watched the dystopian show in which a group of indebted people, including a fugitive banker and gambling addict, battle it out for a $38m jackpot by playing children’s playground games.

But this success has also resulted in South Korea’s SK Broadband suing Netflix to cover the cost of the surge in network traffic. Should streaming groups pay a congestion charge for hit shows?

SK Broadband, wholly owned by South Korea’s largest mobile carrier SK Telecom, thinks they should. The company says the traffic that Netflix generates on its network has surged to 1.2tn bits of data processed per second as of September, the month of Squid Game’s release, a 24-fold increase over three years. It has had to upgrade its network twice to accommodate the traffic surge caused by the show.

Hits such as Squid Game have made Netflix the most successful streaming service in South Korea, where local earnings more than doubled in the year to 2020. Subscriptions increased almost two-thirds in the month of August alone, according to industry data provider WiseApp.

Local internet speeds have facilitated the expansion. South Korea has the fastest internet of a major market at 450 Mbps in 5G median download speeds, 11 times faster than the US, according to data analysis company Speedcheck. Heavy government spending over the past decade has created the infrastructure necessary to achieve this. Policies also ban broadband companies from charging high rates for internet access.

Instead, local laws require the heaviest users — companies and content providers that use more than 1 per cent of total network traffic and have more than 1m users — to pay internet fees to bear a share of the maintenance costs incurred by broadband providers.

Netflix accounted for almost 5 per cent of daily internet traffic in the fourth quarter and had more than 1.7m paid subscribers, according to official data. SK Broadband’s lawsuit claims Netflix has not paid correct network usage fees it is due for the past three years.

Netflix sees those fees as contrary to its stance on net neutrality, which requires internet service providers to treat all content on their networks equally. It has argued that SK Broadband is calling for double billing, with subscribers paying for an internet connection via their Netflix subscription as well as a direct fee for internet service. It took its own legal action against SK Broadband over the charges last year.

A district court dismissed Netflix’s claim in June and ruled it must pay outstanding fees to SK Broadband. Netflix has appealed against the ruling. If it wins, it could open the door for all companies in South Korea, both local and international, that use more than their bandwidth limit, to challenge their own fees.

A bigger issue is that streaming video services are becoming more mainstream around the globe. Video streaming accounted for 71 per cent of all downstream US internet usage in 2020, according to Comcast and about two-thirds of total global traffic. Combined with the boom in video conferencing usage and data intensive technologies such as automated driving, that places a burden on the fixed capacity of internet providers.

On the flipside, net neutrality means internet providers have little incentive to invest in costly upgrades and capacity increases.

Viewers risk being caught in the crossfire. Overwhelmed networks do not only mean lower quality movie streams but unreliable internet and communication channels in general. If profit margins further deteriorate, internet providers will be forced to adopt hard limits on data for users.

Should Netflix lose its case against SK Broadband, the estimated fees of $84m are unlikely to leave a dent in its bottom line. But it opens the door for global internet providers to consider charging streaming companies for their heavy bandwidth loads.

This could mean a rise in prices for everyone as upgrade costs are spread across subscribers as a whole and not just corporations. Subscription costs of video streaming services could rise accordingly. Both SK Broadband’s lawsuit and Netflix’s hearing are scheduled for December. These are the showdowns viewers should watch after Squid Game.