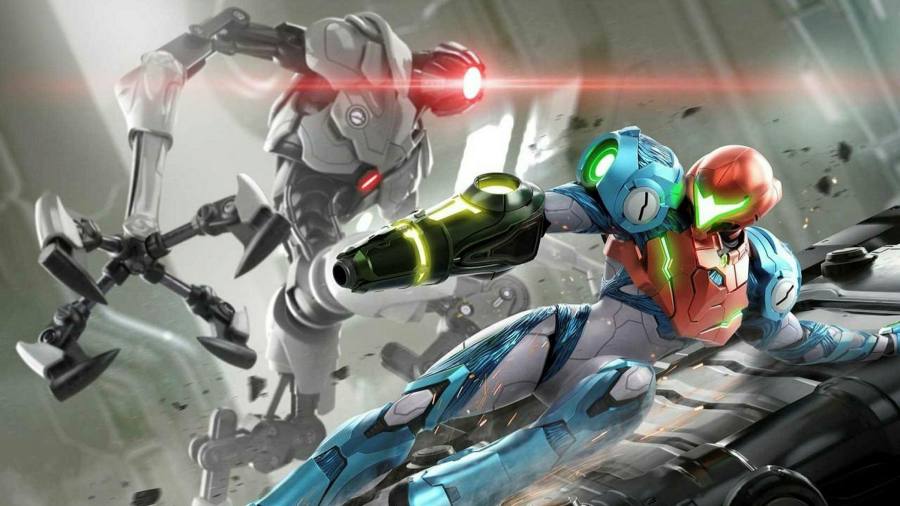 Nintendo has one of the strongest brands in gaming. Mention the company’s name to any gamer and they will immediately picture bright colours, family-friendly adventures and perhaps a squat plumber eating magical mushrooms. It is these deep-rooted associations that make Metroid the company’s eternal outlier; a brooding sci-fi story with complex lore, inhospitable landscapes and dark themes. And while Nintendo lovingly gives fans of Mario and Link new games every year or so, Metroid fans are starved for long periods, given just 10 mainline titles to play over 35 years, excluding the odd remake or spin-off.

Yet Metroid devotees will tell you that a handful of these releases count among the greatest games of all time, or that the series has inspired an entire genre that is surging in popularity. They have been waiting a decade for Nintendo to return to this neglected franchise and are now finally rewarded with Metroid Dread, which has big space boots to fill.

The series follows the adventures of galactic bounty hunter Samus Aran as she battles space pirates and dangerous alien parasites (the titular “metroids”). The 1986 NES original intended to marry the platforming of Mario with the exploration of Zelda, all wrapped in a sci-fi setting inspired by the movie Alien (one of the series’ antagonists is named “Ridley” in reference to that film’s director). The game broke new ground by allowing players to explore a vast, continuously scrolling map rather than parcelling the narrative into discrete levels, which evoked an unprecedented sense of freedom.

The other vital ingredient of Metroid is its protagonist. Samus Aran was the first playable woman in a mainstream video game, a rare female role model marked out by icy professionalism. She is taciturn, capable and sensibly dressed, quite unlike the reductive stereotypes of damsels in distress and oversexualised sidekicks common in gaming’s early years (and even today). There were occasional missteps in characterisation along the way, but for the most part Samus is an icon for female gamers; always able to find her bearings on an unfamiliar alien planet, recover her strength and find her way home.

Super Metroid, released for the SNES in 1994, perfected the series formula, with an emphasis on environmental storytelling and non-linear exploration. Its alien landscapes harboured few friendly characters, conjuring a powerful atmosphere of foreboding and isolation. Samus returned with a bang in 2002’s Metroid Prime for GameCube, the first 3D title in the series and the second that is considered a classic — one critic called it the “Citizen Kane of video games”. Yet later the franchise faltered when 2010’s Metroid: Other M for the Wii was panned for abandoning the series’ trademark gameplay and atmosphere, leading fans to claim that it had killed off the franchise. It took 11 years (barring a 2017 remake) for Nintendo to try again.

In Dread, Samus is sent to explore the uncharted planet ZDR, where androids sent by the Galactic Federation have gone missing. On arrival she finds the robots have become corrupted, causing them to hunt her over a series of tense set pieces. Samus’s movement has never felt so supple and the game looks stunning, a perfect showcase for the Nintendo Switch’s new OLED model, with an improved screen that highlights the detailed environments and atmospheric lighting beautifully.

Yet I can’t help feeling that perhaps in 2021, Metroid has become a victim of its own success. Back in 1997, a game called Castlevania: Symphony of the Night borrowed elements from Super Metroid and set the mould for a genre unimaginatively dubbed the “metroidvania”. These are titles that are united by their contiguous 2D maps and gameplay that juggles tense combat with exploration. In recent years indie developers have followed in Metroid’s footsteps to create modern classics such as the graceful Ori series, the haunting Hollow Knight, or the pixel art gauntlets of Dead Cells and Axiom Verge.

The genre’s combination of a platformer’s accessibility and the continuous character development of a role-playing game makes for a potent brew, but these games ultimately live and die by the ingenuity of their environments.

They beckon you into vast, interconnected worlds that players learn to navigate like their local streets, with ambient storytelling that asks players to pay attention to the landscape and hidden secrets that keep fan communities busy online for years. Players slowly acquire new abilities, which allow them to overcome obstacles they have passed by many times, prompting satisfying moments of epiphany.

These games have innovated to thoughtfully elevate Metroid’s blueprint. Hollow Knight and Ori and the Will of the Wisps are among the most beautiful games I’ve played in years; Metroid Dread doesn’t quite deliver the same charm. It’s certainly taut, engrossing and slick, but I can’t help wondering if it might feel more revelatory had the original Metroid not been quite so influential in the first place.

‘Metroid Dread’ is out now worldwide on Nintendo Switch, priced $60/£40