Realme held a product launch event in China earlier today where it introduced the GT Neo 2T and Realme Q3s smartphone alongside the Realme T1 smartwatch. GT Neo 2T is actually a rebrand of the Realme GT Neo aka Realme X7 Max 5G which launched earlier this year though it comes with a slightly altered back design in Jet Black and Glaze White color options as well as 65W fast charging.

GT Neo 2T brings a 6.43-inch Super AMOLED display with a 120Hz refresh rate and punch hole cutout for its 16MP selfie cam. The internals are handled by the MediaTek Dimensity 1200 chipset with 8/12GB RAM and 128/256GB storage. There’s a 64MP main camera around the back alongside an 8MP ultrawide snapper and 2MP macro cam. The battery comes in at 4,500 mAh and supports 65W fast charging.

Realme Q3s is another midranger though with a slightly tone down spec sheet. Starting with a 6.6-inch 144Hz LCD with FHD+ resolution and a punch hole for the 16MP selfie cam. You also get Qualcomm’s Snapdragon 778G chipset paired with 6 or 8GB RAM and 128/256GB storage. 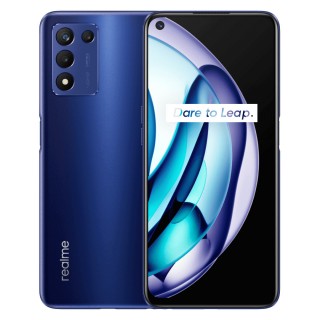 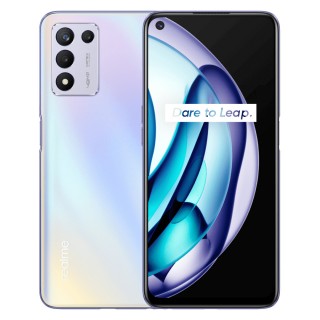 There’s a 48MP primary shooter around the back alongside two 2MP lenses for macro photos and depth data. Q3s also packs a large 5,000 mAh battery which charges at 30W speeds. The software front is covered by Android 11 with realme UI 2.0 on top.