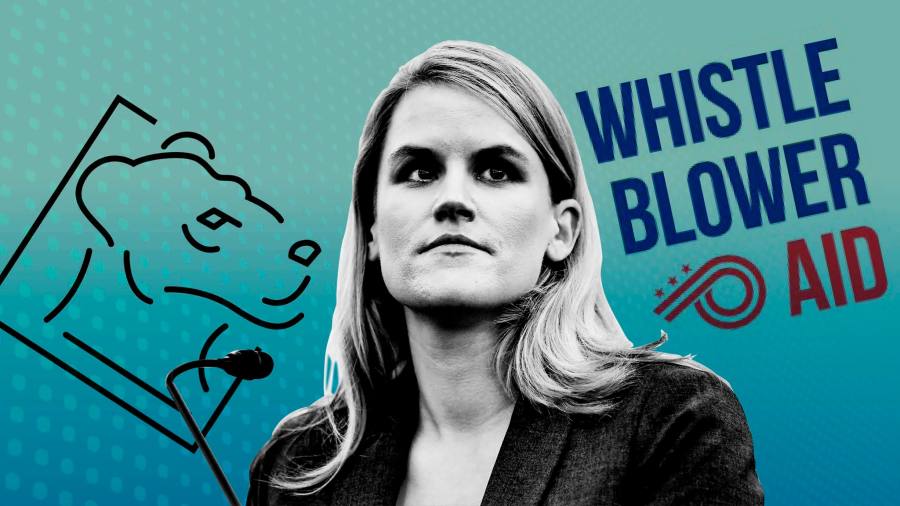 From Watergate’s Deep Throat to Edward Snowden, whistleblowers have almost always been cast as principled loners who felt compelled to stand against the crowd.

But today, as a series of whistleblowers take on Silicon Valley, a supporting cast of organisations, staffed by lawyers, researchers and publicists, have emerged to help them.

They include the non-profit Whistleblower Aid, which is representing the Facebook whistleblower Frances Haugen, and Lioness, a New York-based agency that helps “individuals bring their stories to the world through the media”.

The goal of these organisations, which follow in the footsteps of long-established groups such as the Washington-based National Whistleblower Center, is to help bring forward more whistleblowers by reducing the risk to individuals and maximising the impact on their intended target.

Ifeoma Ozoma, who accused the social network Pinterest of discrimination and has recently created a guide for tech workers who want to speak out, said the emerging whistleblower infrastructure was borrowing the tactics of Silicon Valley on how to reach as wide an audience as possible.

“I think about scale in basically everything I do,” she said. “I was running programmes at Facebook, Google and Pinterest — so everything that I think about is: how do you make this work for the largest number of people?”

In 2020, Ozoma blew the whistle on gender pay disparity and racism at social network Pinterest, a move she said was only possible because of her existing knowledge in handling press coverage and legal matters.

Her Tech Worker Handbook is a plain English, step-by-step guide on how to approach and interact with journalists, how to engage with legal assistance and how to enhance personal data security.

“Most folks who have reached out to me in the year since I went public do not have the experience that I had,” she said. “They don’t know that there are specific terms on which you can have a conversation with a reporter. And those are basic things that you need to know if you’re deciding to make a decision like this.”

The guide’s section on media relations was written by Lioness, which was founded in 2019 by Ariella Steinhorn, who was formerly part of Uber’s public policy communications team, and Amber Scorah, an activist and writer.

Having initially worked behind the scenes with journalists, Lioness has now begun publishing stories on its own website, following a model used by Susan Fowler, the whistleblower whose blog post about Uber’s corporate culture ultimately culminated in the ousting of Travis Kalanick as chief executive in 2017.

Striking a similar tone earlier this month, Lioness published a damning essay by Alexandra Abrams, the former head of employee communications at Jeff Bezos’s space company Blue Origin, that made allegations — denied by the company — of sexism within its ranks, and questioned its approach to safety.

It was written with the guidance of pro bono lawyers, and published in co-ordination with an appearance on CBS Mornings, one of the country’s most-watched breakfast news shows. “They were the ones who first convinced me this was even newsworthy,” said Abrams of Lioness.

“We want to make sure that it’s as buttoned-up as possible, because our reputations hinge on that,” said Steinhorn, saying it reduced the David-and-Goliath relationship between whistleblower and tech company.

“I come at this having been on the other side for a number of years,” she said. “What if your average person has the same resources as the very powerful entities? Would that recalibrate a bit of power?”

Whistleblower Aid goes further, offering its clients access to physical security, alternative accommodation and financial support when left out of a job. The difficult part, said founder John Napier Tye, was paying for it.

“It’s hard to raise the resources that are required for this level of operation,” he said. “The flights, the hotels, the new devices, the specialised law firms, the security advisers, the document management systems. We’re at the cutting edge of all of these different things. And this stuff isn’t cheap.”

He said sourcing the necessary funding to go after Big Tech had proven more challenging than the group’s earlier efforts against political actors, such as Donald Trump. He speculated that existing financial ties between some of his donors and tech companies, or perhaps just fear of them, might be behind the hesitancy.

In Haugen’s case, a GoFundMe page has been set up to provide support. At the time of writing, it stands at just over 55 per cent of its $100,000 target. Tye said that since Haugen’s appearance on television earlier this month, Whistleblower Aid has had to turn down at least 19 cases, due to not having the resources to pursue the claims.

At Lioness, Steinhorn said the operation was mostly supported from the proceeds of non-whistleblower related public relations work, though it was seeking funding from more external sources. She said it had already received some backing from the Omidyar Network, which was set up by eBay founder Pierre Omidyar and his wife Pam. 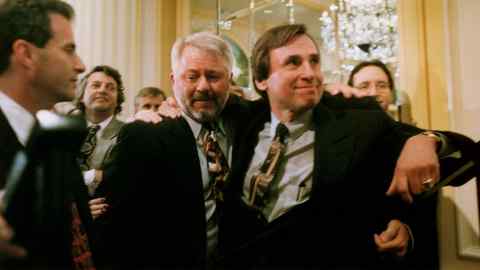 The funding around whistleblowers is their largest risk, presenting their opponents with opportunities to question their motives, or the influence of powerful backers.

In particular, multiple US agencies offer financial incentives to whistleblowers that can run into the millions of dollars, a fact stated on Whistleblower Aid’s website.

“If it feels a little too polished, then that is going to raise suspicions,” said Ozoma. “[But] I don’t think it strips any credibility, because at the end of the day, if the disclosures are legitimate, if nothing is doctored, if the information can be corroborated . . . that’s what the focus should be.”

Meanwhile, new legislation may empower many more Big Tech whistleblowers. The Silenced No More Act, signed into California law by governor Gavin Newsom earlier this month, gives workers more freedom to talk about harassment, misconduct and other illegal activity, regardless of any non-disclosure agreement a worker may have signed. Ozoma was co-sponsor of the bill, which will come into force in January.

How Silicon Valley companies will react is unclear. One initial step might be to lock down the access employees have to internal files. At Facebook, the files accessed by Haugan reportedly could have been accessed by any of Facebook’s corporate employees. Earlier this week, according to reporting by the New York Times, Facebook reduced the number of employees that have access to internal forums dealing with “integrity” on the site.

Yet such moves come with an operational trade-off, limiting the degree to which disparate teams can collaborate.

“The core insight companies have to understand is that whistleblowers in most cases are not against them,” he said, citing his research looking at more than 1,000 lawsuits involving whistleblowers and non-disclosure agreements.

“In almost all of the cases, the vast majority of whistleblowers first contacted the company and then the company ignored it and retaliated against the employee. And that’s typically what escalates things.”