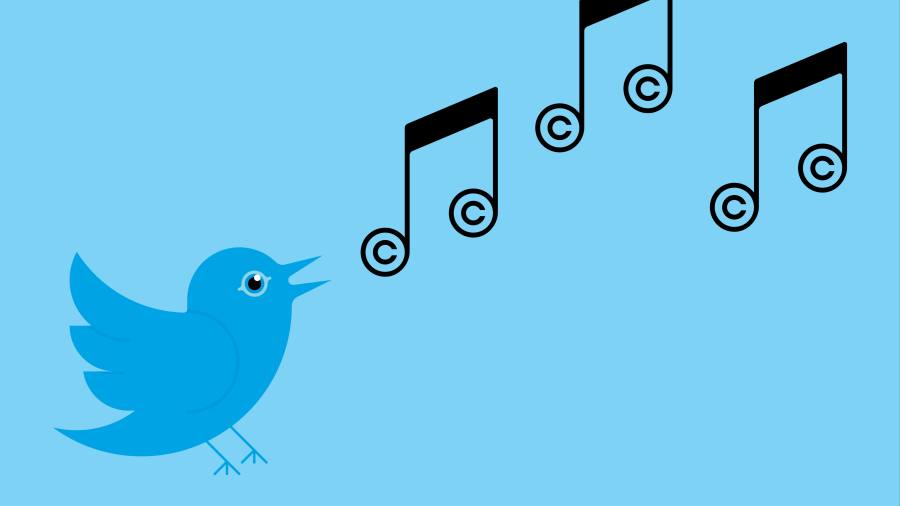 Among the many tech product launches I’ve attended over the years, Elon Musk’s unveiling of a new Tesla Roadster in 2017 was one of the more memorable.

“Driving a gasoline sports car is going to feel like a steam engine with a side of quiche,” said Musk, as the bright red supercar tore across the tarmac outside Tesla’s Los Angeles design studio, to a pumping soundtrack of “Sabotage” by the Beastie Boys. The crowd went wild and a video I tweeted of the moment got hundreds of thousands of hits.

Alas, production of the Roadster has been delayed until 2023. In the meantime, my four-year-old tweet has come back to haunt me. Last month, an email from Twitter informed me that my 17-second Tesla video had been removed following a copyright complaint from Universal Music.

My tweet was one of dozens identified by the record label as “unlicensed reproductions” of the Beastie Boys track. If I reposted it, or other infringing material, Twitter warned, I face the prospect of “permanent account suspension”.

While some Twitter users have been “cancelled” by an online mob, my copyright infringement was most likely identified by an algorithmic crawler

This is my 15th year on Twitter. Since 2006, I have posted more than 26,000 tweets, made countless valuable contacts and broken plenty of stories thanks to the platform. But those 26,000 tweets are now also a potential liability. Is there another ticking time bomb buried amid the #breakingnews and my musings on sandwiches?

While some Twitter users have been “cancelled” by an online mob, my copyright infringement was most likely identified by an algorithmic crawler, which scans the web continuously on behalf of the record labels. Twitter has not yet struck the kind of music licensing agreement that YouTube and TikTok have with labels that can insulate their users from some complaints. I could argue that my clip was “fair use”, which permits short excerpts without a licence, but challenging the order may involve going to court, incurring costs disproportionate to any legal or moral victory.

The US Digital Millennium Copyright Act of 1998, under which Twitter removed my video, has been debated in tech circles for two decades. The automated takedown system it has created is vulnerable to abuse. One report this summer suggested some Californian police officers were playing Taylor Swift tracks on their phones to prevent the people they were confronting or arresting from posting a video of the encounter to YouTube.

Even the Beastie Boys, whose track I unwittingly “stole”, have challenged the DMCA. In 2004, the group appeared on the cover of Wired magazine alongside the headline “Fight for your right to copy”. It was a time when online piracy was so rampant, and sampling in music so widespread that some artists contemplated blowing up copyright altogether.

One Beastie Boy, Adam “Ad-Rock” Horovitz, told Wired magazine back then that the “worst part” about sampling was the original artists “don’t really get paid anyway… because there are so many layers in the situation now, some lawyer ends up seeing most of the money.”

Today, most artists derive far more income from live shows and merchandise than from their recorded works, while the DMCA is still keeping the lawyers busy. Meanwhile, thanks to music streaming services such as Spotify, a top performer’s back catalogue has never been more valuable to labels like Universal.

The same cannot be said for my Twitter archive. The half-life of a tweet is short. Most get all their views within half an hour of posting. Yet despite this impression of ephemerality, Twitter’s default is for tweets to last for ever.

The platform currently offers very few tools that might help users manage their archive. An automated data cleanse every few months would be a welcome option. Its only advice to users wanting to erase historic tweets is to do so one at a time or start a new account from scratch, neither of which is very practical. There are third-party tools that offer bulk deletion but I am reluctant to hand over the keys to my account to unvetted operators.

The “right to be forgotten” online is often portrayed as a way for scoundrels to scrub their misdeeds from the collective memory. I remain a supporter of the Internet Archive, which has been preserving websites for 25 years. But a decade after Snapchat introduced disappearing digital messages, other social media companies have still not learnt that many of us would prefer not to leave all our online conversations strewn across the highway behind us.