China has told McDonald’s to expand a digital renminbi payments system at restaurants across the country before the Beijing Winter Olympics, as the country prepares to launch the world’s first major e-currency.

Three people familiar with the situation said China was pushing some US companies to install systems to allow consumers to pay for their products in digital renminbi by the opening of the Beijing Games in February.

The e-renminbi is legal tender issued by the Chinese central bank that allows people to make digital transactions through a mobile phone app. The People’s Bank of China says the currency — also known as e-CNY — will coexist with cash. Dozens of other countries are considering central bank digital currencies.

As part of a pilot scheme, McDonald’s is allowing consumers to use digital renminbi wallets at 270 locations in Shanghai. But the Chinese government wants the hamburger chain to expand the system more widely across China.

McDonald’s declined to say whether it was facing pressure. “Shanghai is our pilot city and we will learn from customers’ response,” it said.

One person familiar with the situation said Visa, a top Olympics sponsor, and Nike, a US team sponsor, were also facing pressure. Visa and Nike both declined to comment.

Darrell Duffie, co-head of a project on the e-renminbi run by Stanford University’s Hoover Institution, said China would have a slower rollout than planned at the Olympics due to the pandemic. He said it was not singling out US companies, but trying to make the e-currency broad-based.

But the inclusion of iconic US brands would help China use the Games to bolster its campaign to launch the e-renminbi.

“The Winter Olympics is one of the testing grounds for the digital yuan, so I . . . imagine that all sorts of retailers, including domestic and foreign companies, will be required by the government to participate,” said Bao Linghao of Trivium, a consultancy. 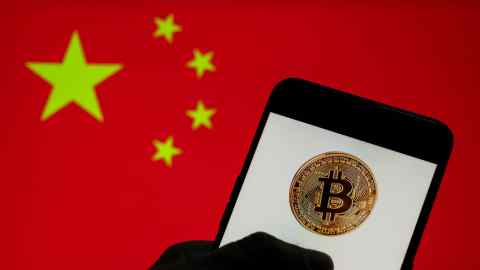 One source close to China’s financial regulators denied that Beijing was pressuring US companies and said state-owned banks were tasked with enrolling merchants. He said Bank of China, a sponsor of the Beijing Olympics, was trying to get merchants in the Games zone to sign up but stressed that they could refuse to join.

Some US critics say Washington should pay more attention to the security implications of the currency, which will give Beijing access to financial transaction data that could enhance its surveillance capabilities.

“Although China’s digital renminbi is new technology, it’s using the same old playbook where the Chinese Communist party uses commercial integration to decouple itself from the international system,” said Michael McCaul, the top Republican lawmaker on the House of Representatives foreign affairs committee. “Unfortunately, the companies that enable this are focused on next-quarter profits instead of next-quarter-century global rules.”

Eric Sayers of the American Enterprise Institute said Beijing would get a “powerful new tool” to pressure global companies if the e-renminbi became ubiquitous. “The administration, Congress and think-tank community should be exploring this topic and its wide range of implications today, not in several years when it manifests into a bigger problem,” he said.

China’s central bank says the system will support “managed anonymity” to protect user information, but US security experts give that little credence.

“You are putting yourself more under the thumb of the Chinese Communist party. US and other foreign companies should be concerned,” said Fanusie, now at Center for a New American Security, a Washington-based think-tank.