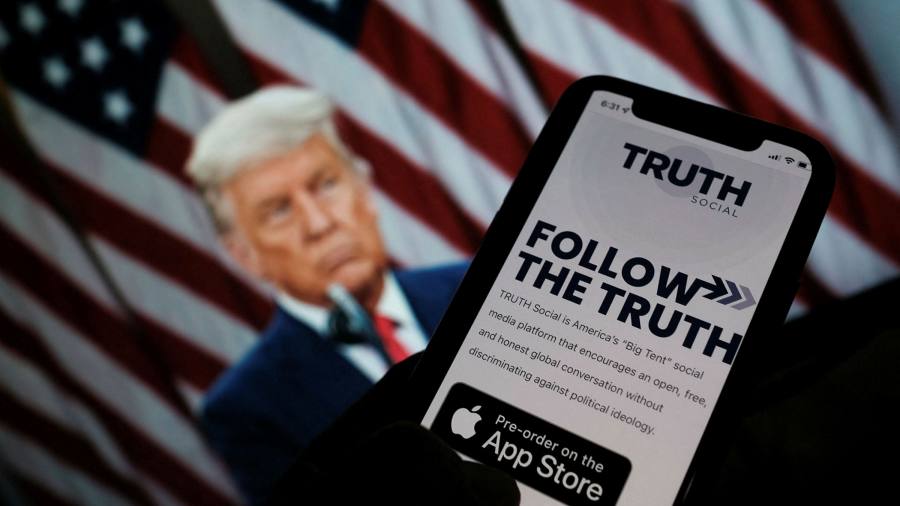 A group of 11 hedge funds including DE Shaw and Saba Capital earned millions of dollars in potential gains in a single day after a special purpose acquisition company that merged with Donald Trump’s new social media group rose as much as 421 per cent on Thursday.

The former US president this week launched a social media outlet called Truth Social that aims to compete against the likes of Facebook and Twitter, creating a platform for his rightwing supporters ahead of a potential run for office in 2024.

In September, the hedge funds bought the initial public offering of a Spac named Digital World Acquisition Corporation, promoted by Patrick Orlando, a sponsor of three other Spacs who formerly traded derivatives at BT Capital Markets and Deutsche Bank.

Hedge fund investors owned nearly all of Digital World’s $293m IPO, which listed 25m units and offered generous incentives to investors participating in what was a poorly received deal. Investors in Spac IPOs have no way of knowing what company it will ultimately merge with and take public.

The deal with Trump has been lucrative. The 25m units from the IPO at times were worth more than $1bn on Thursday. Special incentives also boosted the gains.

Digital World granted each hedge fund 150,000 sponsor shares from the so-called promote of chief executive Orlando and his team at a price of $0.0029 per share, which they cannot sell until after the merger with Trump Media & Technology Group, the Truth Social parent company, closes. At an afternoon high of $51.90, those shares which cost $435, were worth $7.7m.

From the opening bell on Thursday, Digital World was among the most heavily traded stocks in the world, trading nearly 300m shares, or $5bn of volume by lunchtime.

“I assume it’s all retail that’s speculating in this and day trading it,” said Julian Klymochko, a Spac expert and founder of investment firm Accelerate Financial Technologies.

David Puritz of Shaolin Capital Management, a $1.1bn fund that owns just less than 10 per cent of Digital World’s shares, told the Financial Times that “there’s a lot of embedded convexity in the Spac product”, which means that his upside was almost unlimited but the trade held minimal potential for a loss.

“When you partner with the right sponsor teams that have a clear vision on their targets, good things can happen quickly,” Puritz added.

A large investor among the Spac’s IPO consortium called it one of the best trades in their career and said they were selling down their position. Hedge funds will typically sell their Spac units if, after a deal is announced, the stock skyrockets. DE Shaw declined to comment, while other hedge funds listed as investors did not respond to messages seeking comment.

One hedge fund investor who owned nearly 10 per cent of Digital World said he sold every share he could early Thursday morning, before stock price really got moving.

“The idea that I would help [Trump] build out a fake news business called Truth makes me want to throw up,” he said.

Some investors who missed the IPO nonetheless smelled opportunity. 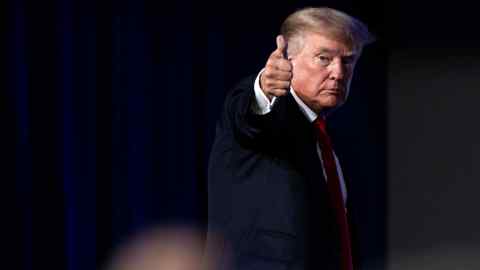 Craig Samuels, a San Diego-based investor who has been buying Spacs for over a decade, said buying the Spac on Thursday morning was akin to “being in a casino, walking past the craps table, and throwing out some chips”.

The appeal, Samuels said, is that there is virtually no way to value Trump’s media business, which offered no financial forecasts in its presentation to investors.

Added Samuels: “Is it worth $5bn today? Doubtful. But it’s hard to quantify the value of the Trump brand.”