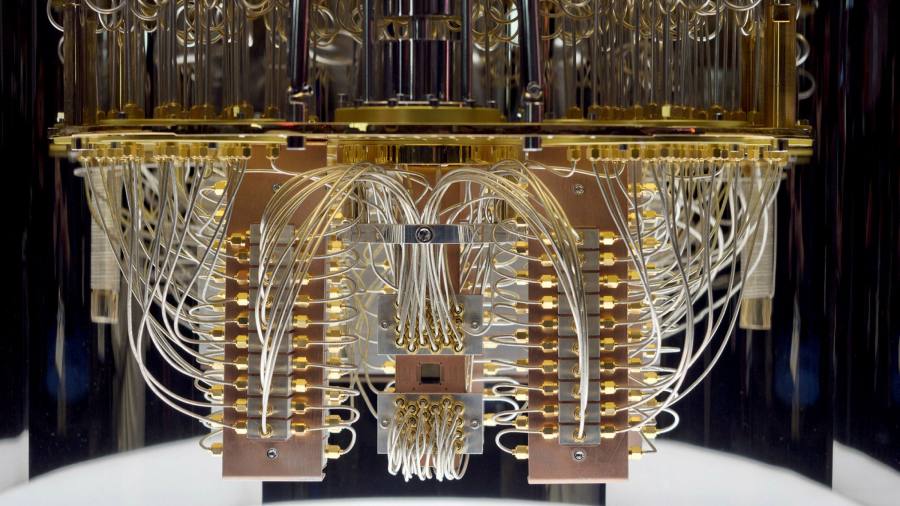 The mind-bending complexities of quantum computing have so far been largely the domain of a handful of brilliant physicists.

But now investors are going to have to grapple with the concept billed as the future of computing, and with terms such as qubits, as the sector emerges from the shadows into public markets.

This month alone, two start-ups with blueprints for a working quantum computer have made or announced their stock market debuts. IonQ became the first-ever quantum computing company to pull off a listing with its debut on the New York Stock Exchange. It now has a market capitalisation of about $2bn.

A week later, Rigetti Computing announced it too would float by being acquired by a special purpose acquisition company, a type of listed cash shell. The deal values it at about $1.5bn.

And they’re not alone — a clutch of companies with competing ideas for quantum computing architectures have been busy raising private capital.

In July, PsiQuantum, founded by British physicists in Silicon Valley, and working in stealth until recently, raised $450m from investors such as BlackRock and Baillie Gifford at a valuation of more than $3bn for its ambitious plan to build a commercially viable quantum computer by 2025.

A month earlier, Honeywell agreed to inject $300m into its quantum unit after merging with the UK’s Cambridge Quantum Computing, with its chief executive leaving open the possibility of going public.

The rush to invest in these early-stage efforts, along with the tranche of new start-ups spinning off from university labs in places ranging from Sydney to Sussex, marks a turning point in how the investment community sees quantum computing. The 35-year-old field is finally transforming from a scientific endeavour into a burgeoning industry.

The technology is centred on the use of quantum bits or qubits, units of information. Unlike the basic binary elements of classical computers, or bits, which represent either zeros or ones, qubits can represent both at the same time.

By exploiting this “superposition” principle, quantum computers could theoretically solve problems far beyond the ability of the most powerful conventional supercomputers in areas from cryptography and chemistry to logistics, finance and energy.

Companies and researchers have made significant steps towards developing small-scale quantum computers, in the range of 100 qubits. These intermediate quantum machines can perform only the same tasks as classical computers, but far quicker.

Sir Peter Knight, professor of quantum optics at Imperial College London, said there had been “quite remarkable progress”. “In 1996 there was a great chasm between what experiments could actually produce in a lab and what was demanded in terms of computation, and we used to have bets on how long it would take to close that gap,” he added. “Some said 20 years and some said never. But in fact it did close in about 20 years.”

A true quantum computer, though, one that can perform at scale calculations a classical computer cannot, is thought to be at least a decade away. There are still huge technical challenges ahead.

For instance, when many qubits interact with one another, there is a lot of “noise” in the system, making it difficult to extract meaningful information. Plus, current prototype devices are unable to correct during an operation if they make errors in their calculations.

There are also significant engineering challenges to scaling up systems that currently use 100 qubits to the creation of working machines with 1m or more qubits. But as quantum computing shifts from a physics to an engineering discipline, large investors are grasping its potential and are making bets on an unproven technology.

“They are making a very long-term play here, but there is enough experimental evidence and an improvement path,” said Richard Shannon, a hardware technology analyst at Craig-Hallum Capital Group. “I wouldn’t have thought these companies would come public, but we have an extraordinary environment here, from a financial aspect. There is a lot of money sloshing around equity markets and debt is so cheap.”

And while investors may have to be patient for another decade at least, the potential prize of the sector is dazzling. If we had a quantum computer of 300 high-performing qubits, they could perform more calculations simultaneously than there are atoms in the visible universe. As Knight put it: “Whatever applications you’ve thought of, there sure as hell will be a million more.”