One of the most awaited smartphones of the year – the Pixel 6 Pro – was officially unveiled earlier last week, and we’ve received one for review in the Stormy Black color. However, there are two more options to choose from – Cloudy White and Sorta Sunny.

The Google Pixel 6 Pro’s retail package includes a USB-C cable, a quick switch adapter, a SIM ejector tool, some documents and that’s that. Google followed Apple’s footsteps and removed the power adapter from the retail package. 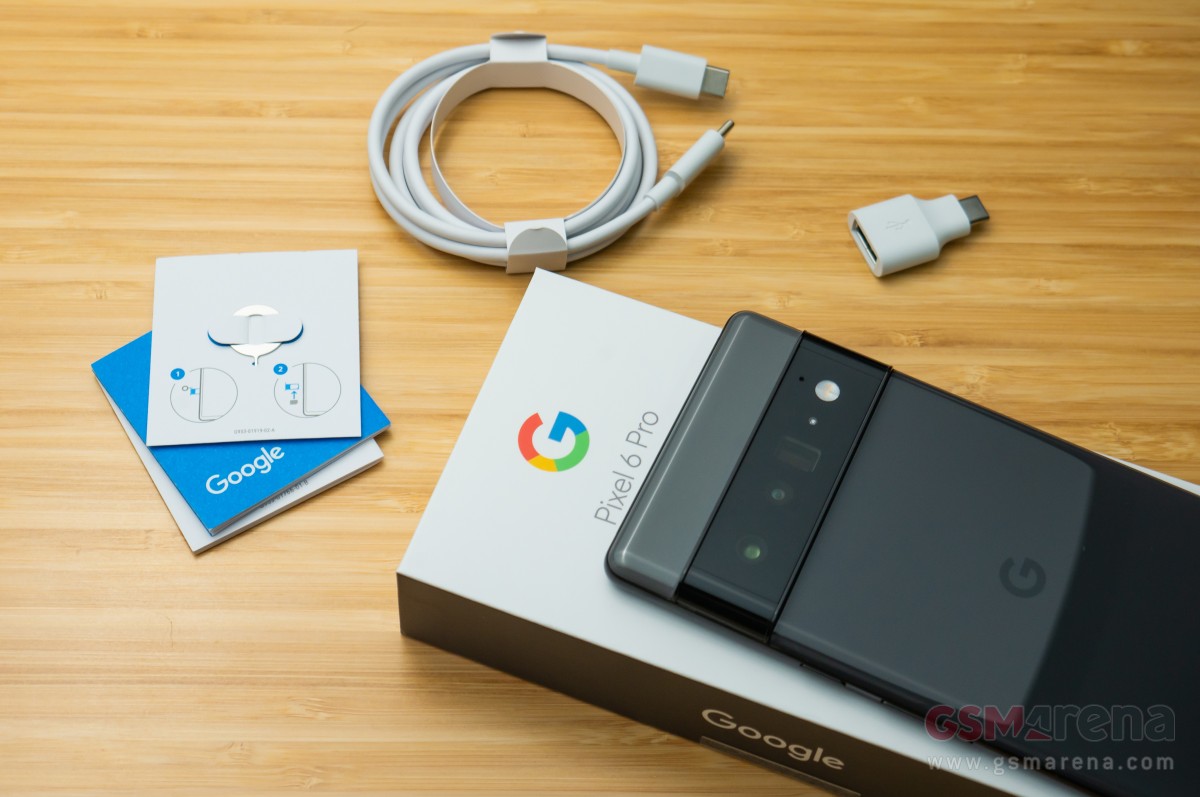 That said, the Pixel 6 Pro is powered by Google’s homegrown Tensor chip, which is one of the headline features of the Pixel 6 and Pixel 6 Pro. The SoC is paired with 12GB LPDDR5 RAM, and you have the option to buy the smartphone with 256GB or 512GB of UFS 3.1 storage.

The Pixel 6 Pro runs Android 12 out of the box and comes with the promise of three years of Android version updates and at least five years of security updates.

The smartphone is built around a 6.7″ curved LTPO OLED display with 3,120×1,440-pixel resolution and a 120Hz refresh rate. The panel is protected with Gorilla Glass Victus and has a punch hole in the center for the 11.1MP camera. There’s also a fingerprint scanner underneath for password-less unlocking of the phone. 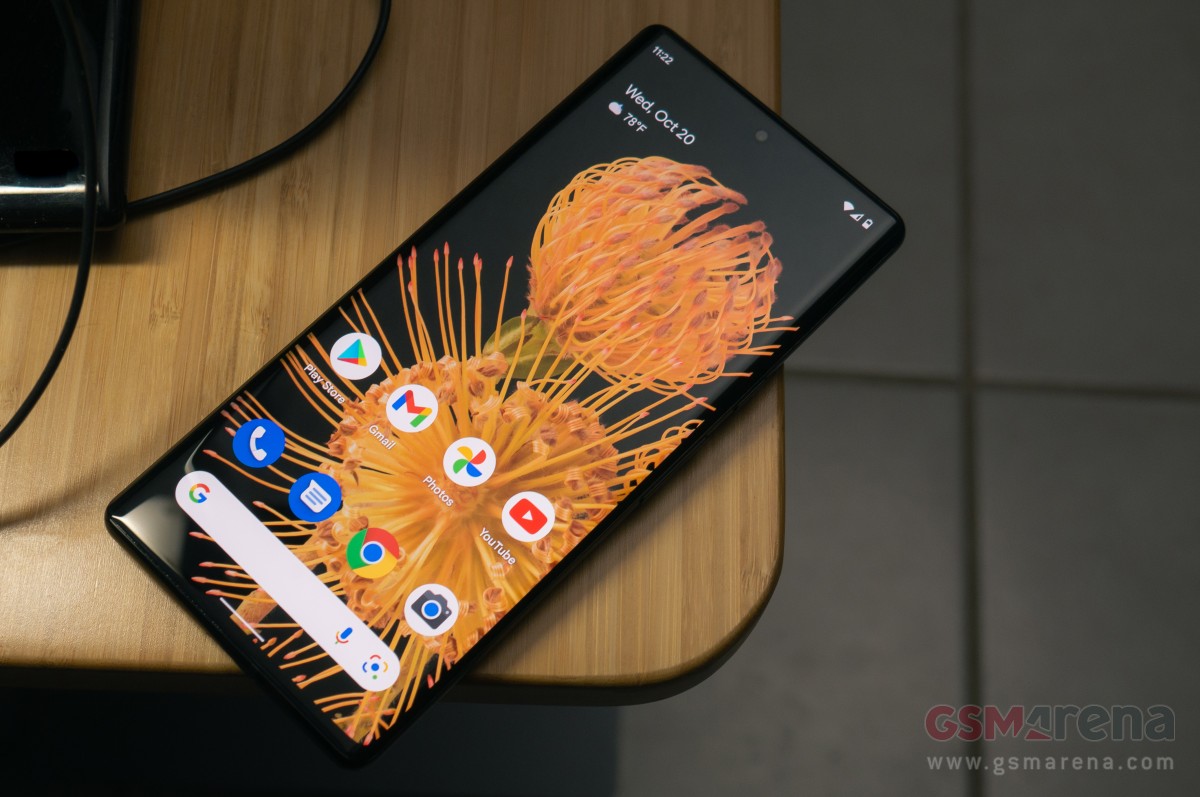 The rear side of the Pixel 6 Pro is quite intriguing. There’s a horizontal “bar” spanning across the phone’s width, which reminds us of the Nexus 6P. It houses an LED flash, a few sensors, and three cameras – 50MP primary (with OIS), 48MP telephoto, and 12MP ultrawide.

Camera features on the Pixel 6 Pro include Face Unblur, Motion Mode, Real Tone, and Magic Eraser. The last one helps you remove background objects from your photos. 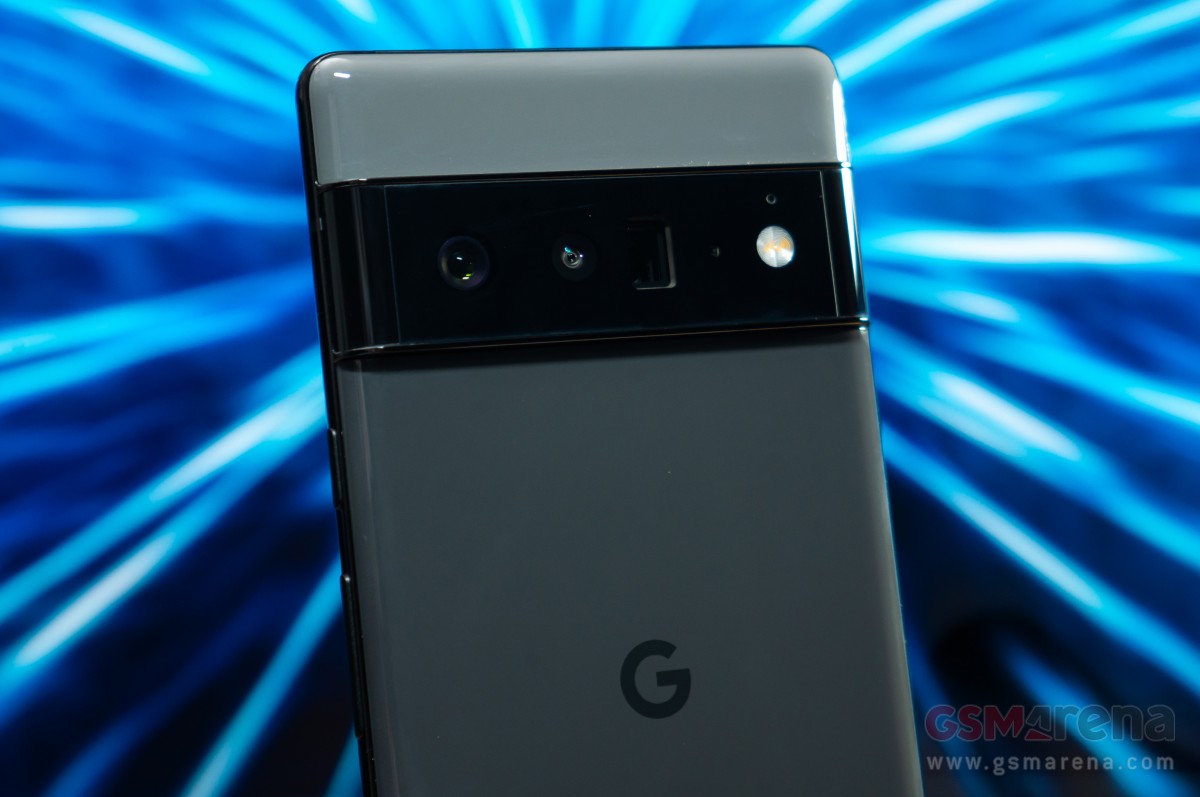 The Google Pixel 6 Pro ships with a 5,000 mAh battery with 30W wired and 23W wireless charging support. It can also be used to charge other devices wirelessly.

If you don’t happen to have a compatible 30W+ PD adapter, you can buy one from the Google Store, which is advertised to fill the Pixel 6 Pro’s battery from flat to 50% in about 30 minutes. We’ll obviously test that ourselves along with the rest of the Pixel 6 Pro’s features, so stay tuned for our full review.