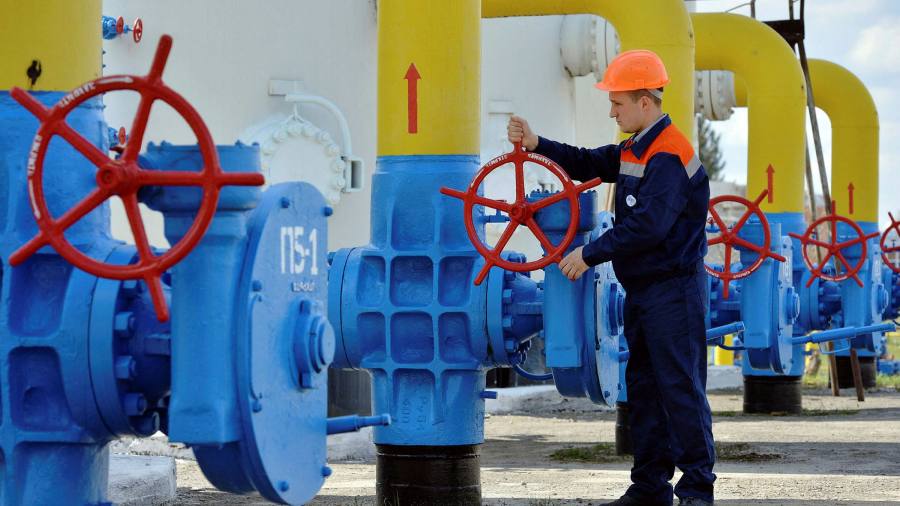 After last week’s clash among EU leaders on how to deal with the power crisis, tomorrow it’s up for energy ministers to pick up the pieces and try to find a reasonable way forward. We’ll look at what the thorniest issues are and how things are likely to pan out.

With all eyes on Russia and Vladimir Putin’s not-so-subtle solution to Europe’s energy crisis (approve Nord Stream 2, or else..), the bloc’s second-largest gas supplier, Norway, has just had a change of leadership.

Its newly elected prime minister, Jonas Gahr Store, told the FT in an interview that his country is not only helping in the current crisis with extra gas supplies, but is also looking at ways to be part of the EU’s transition to a carbon neutral economy.

Meanwhile, the other EU fight — over Poland’s rule of law — is nowhere near resolution, with the country’s prime minister, in an interview with the FT, accusing the bloc of making demands at gunpoint.

In policy news, the commission on Wednesday is set to give banks two more years to implement stricter capital requirements (read our story here).

And with a few more weeks to go before the commission’s planned update of competition rules, we look at Big Tech’s last-ditch lobby attempt to water down some of the provisions.

The EU’s energy ministers meeting in Luxembourg tomorrow might be in agreement over short-term measures they are already implementing to deal with the energy crisis, but the bloc’s dispute over how much state intervention and centralised power are warranted to avert future crises is nowhere near resolution, write Mehreen Khan and Valentina Pop in Brussels.

During last week’s summit, a number of countries, including France, Spain, Poland and Greece, have advocated a full-blown overhaul of the bloc’s energy market rules — to allow long-term prices and mitigate volatility.

In the opposing camp, the free marketeers — Germany, the Netherlands, Ireland, the Nordics and Baltics — insist that the current set-up should be maintained and want to steer clear of any radical ideas such as giving Brussels the power to negotiate contracts with Russia and other suppliers on behalf of the entire bloc. (In case you were wondering why Spain is rather lenient on Poland in the rule of law discussion, one explanation may be that they are both fans of joint EU gas purchasing — Madrid due to its politically explosive gas crunch, Poland because of its anxiety regarding Russian supplies).

Ministers tomorrow will continue the discussion on the European Commission’s so-called toolbox, which for now only includes a passing reference to proposals for joint EU procurement and storage for natural gas, which it will table in December.

Already last week, commission chief Ursula von der Leyen reassured the free marketeers that any common procurement would be voluntary, allowing only countries who want to pool their resources to do so.

Other medium-term measures included in the toolbox are further investments in renewable energy, infrastructure that is geared towards more flexibility and storage and renovating buildings to improve energy efficiency. The commission also pledged to analyse the current design of the wholesale electricity market and to work on improving the functioning of retail markets.

In order to streamline the ministers’ discussion — compared with the leaders’ four-hour back and forth on the topic last week — they were invited to prepare their country’s position on two questions:

If ministers agree to disagree, there will be plenty more meetings to hash this out, including the next EU summit in December — which will be after the commission puts forward its proposed voluntary gas purchasing mechanism.

His message is clear — Norway has a lot to offer the EU. Not just in the current energy crisis, where Norway has found some extra gas and is exporting electricity both to the continent and the UK, but also in the future.

Gahr Store, leader of the centre-left Labour party and a former foreign minister, thinks Norway’s enviable energy status — as the second-largest exporter of gas to the EU behind Russia and home to almost 100 per cent renewable electricity production thanks to extensive hydropower — is highly attractive at the moment as many in Brussels worry about this winter, let alone industry’s needs in the decades ahead.

Despite some rumblings in Norway that the country should keep its green electricity to itself, the new prime minister made clear that power exchange was “necessary for Norway and necessary for Europe, and that will continue”.

One of the new minority coalition’s stated goals is to help develop many of the new green technologies Europe needs to master to reach its climate targets. Gahr Store intends to visit Brussels to discuss how Norway can fit in with the EU’s Fit for 55 programme.

“Norway has an opportunity as an energy nation, as an ocean nation, as a coastal nation to develop technologies and industries that can make big differences globally,” he said, in reference to carbon storage, hydrogen and offshore wind.

Trickier issues however are likely to surface in Norway’s relation with the EU. (Norway is not a member of the bloc but has full access to the single market in return for adopting EU rules and regulations). Both Gahr Store and his Eurosceptic coalition partners, the agrarian Centre party, want to negotiate parts of the EU’s railway strategy, particularly on allowing foreign competition, he said.

Romania is at the heart of a relentless wave of Covid-19 sweeping across eastern Europe and the Balkans that threatens to overwhelm health services. The country’s daily toll of 19 deaths per million as of October 20 is the highest in the world, while only one-third of its population is fully vaccinated. Distrust in authorities, disinformation and political instability are seen as the main reasons for the low uptake. (More here)

EU regulators want to increase the level of scrutiny on foreign investments that may come to the bloc with heavy subsidies, but a new study commissioned by an association representing Big Tech argues why this move could prove counterproductive, writes Javier Espinoza in Brussels.

For months Margrethe Vestager, the EU’s competition supremo, has been working on a regulatory tool aimed at clamping down on foreign public subsidies that many have interpreted as a challenge to China. She is due to publish in mid-November a review of the bloc’s competition arsenal (which will come into force next year), including this latest tool.

Brussels has spotted a gap in its state aid rule book, which only applies to European companies who have often complained they are being undercut by non-EU (read, Chinese) state-backed companies when trying to acquire other entities or when bidding for public contracts. (Read more about it here.)

But US tech companies also feel targeted and are flagging concerns.

A paper written by RBB Economics and commissioned by the Computer and Communications Industry Association, whose members include Google, Apple, Facebook and Amazon, will outline later today what it sees as negative impacts of this upcoming stricter regime.

“The commission’s broad approach can be expected to seriously discourage foreign investment in the EU — even if that investment involves no subsidy and results in no distortion — to the detriment of Europe’s economic recovery,” writes Benoît Durand, an RBB partner.

The report lists three main reasons why it is against the planned changes to the competition rule book:

It seems that despite all the recent buzz about transatlantic co-operation in trade and technology, one regulatory initiative on this side of the pond is being met with just as much pushback from Big Tech as the efforts on the US side have encountered.