Samsung launched its beta program for Galaxy S21 One UI 4 based on Android 12 earlier this month and is already releasing a third OTA update fixing several issues. The update is about 975MB big and it’s already being distributed to Galaxy S21, S21+ and S21 Ultra units. 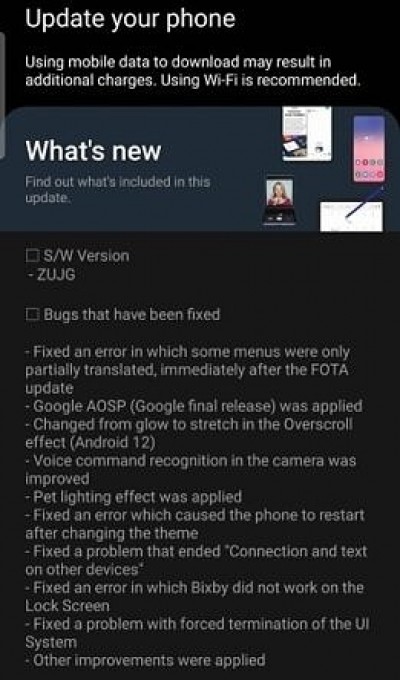 Screenshot from the changelog

The changelog is rather long but it focuses on ironing out some problems. For instance, the voice command recognition in the default camera app has been improved, Bixby now works from a locked screen, the phone won’t randomly restart after changing the system’s theme and also fixed the broken translation issue in the system menus.

The rollout could be gradual so you might have to wait a little longer before the update arrives to your device, as long as you are participating in the One UI 4 Beta program, that is.