Xiaomi is bringing Redmi Note 11 phones on Thursday, October 28, and today the company confirmed another intriguing feature of the lineup. According to its official Weibo page, the Redmi Note 11 series will feature 120W fast charging, a first for the midrange lineup. 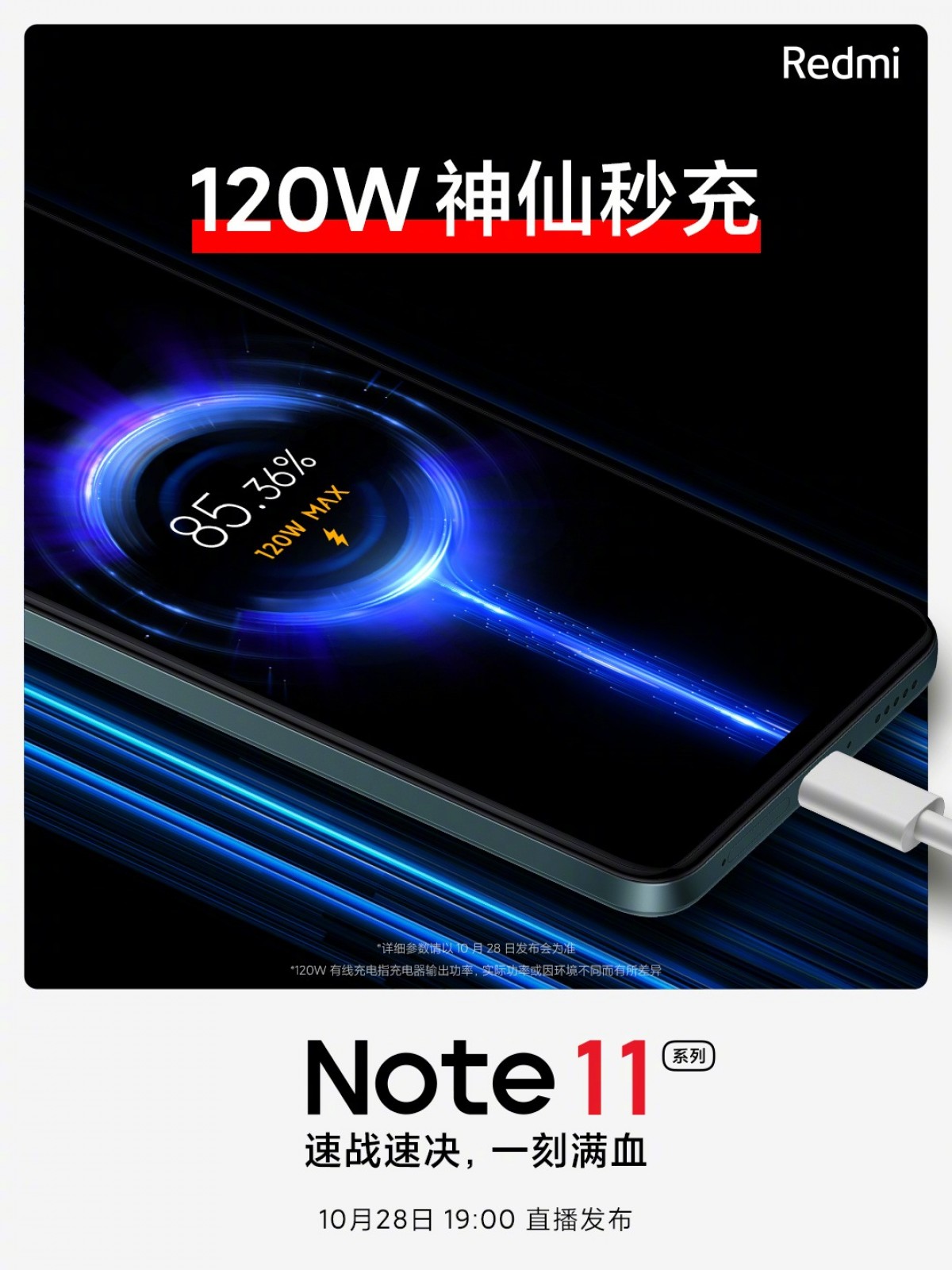 The confirmation comes two weeks after the noted tipster Digital Chat Station revealed the very same thing. Such charging speeds will be a massive improvement over the Note 10 series that have 67W rates in China, and 33W on the global scene.

We are pretty confident the 120W will hit overseas devices as well after the 11T Pro arrived with the very same standard last month.

Meanwhile, an upcoming Xiaomi phone, likely a part of the upcoming series appeared on Geekbench. The device has a model number 21091116C/21091116UC and was listed with 8GB RAM, Android 11, and what appears to be the Dimensity 920 chipset.