Out of the blue, Sony has a new Xperia Pro phone. The Xperia Pro-I (where ‘I’ stands for ‘Imaging’) is the first phone outside Japan to deliver a 1.0-inch camera sensor with phase-detect autofocus. 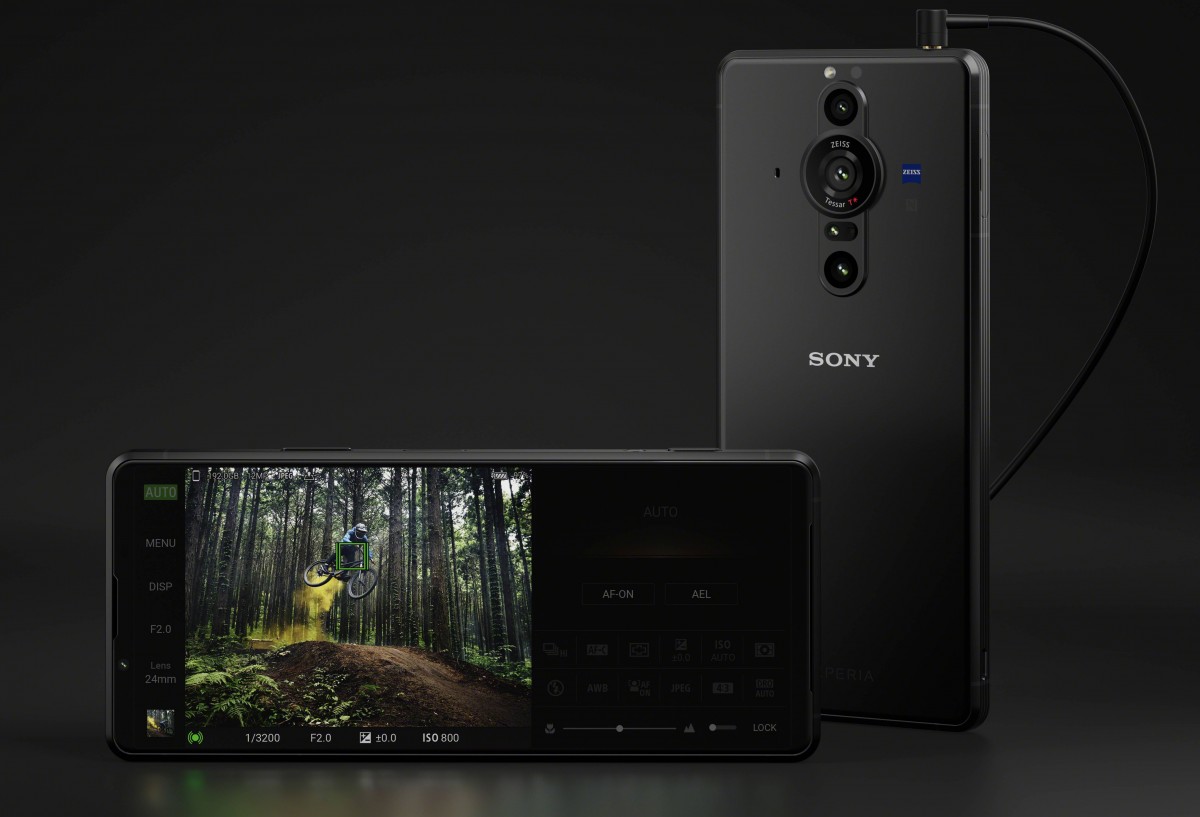 That 1.0-inch type imager is taken straight off the company’s very popular RX100 VII compact camera, but it has been ‘optimized for a smartphone’. What that means is that the Xperia Pro-I uses a big chunk of that sensor (but not all of it) to produce 12MP images with a 2.4µm pixel pitch – that’s some 20% larger than the iPhone 13 Pro Max’ pixels and about the same size as those from the Galaxy S21 Ultra’s main camera, after binning. So despite not using the full 1.0-inch sensor area, the Xperia Pro-I does end up with a huge sensor only really bested by the Xiaomi Mi 11 Ultra and its 2.8µm binned pixels. 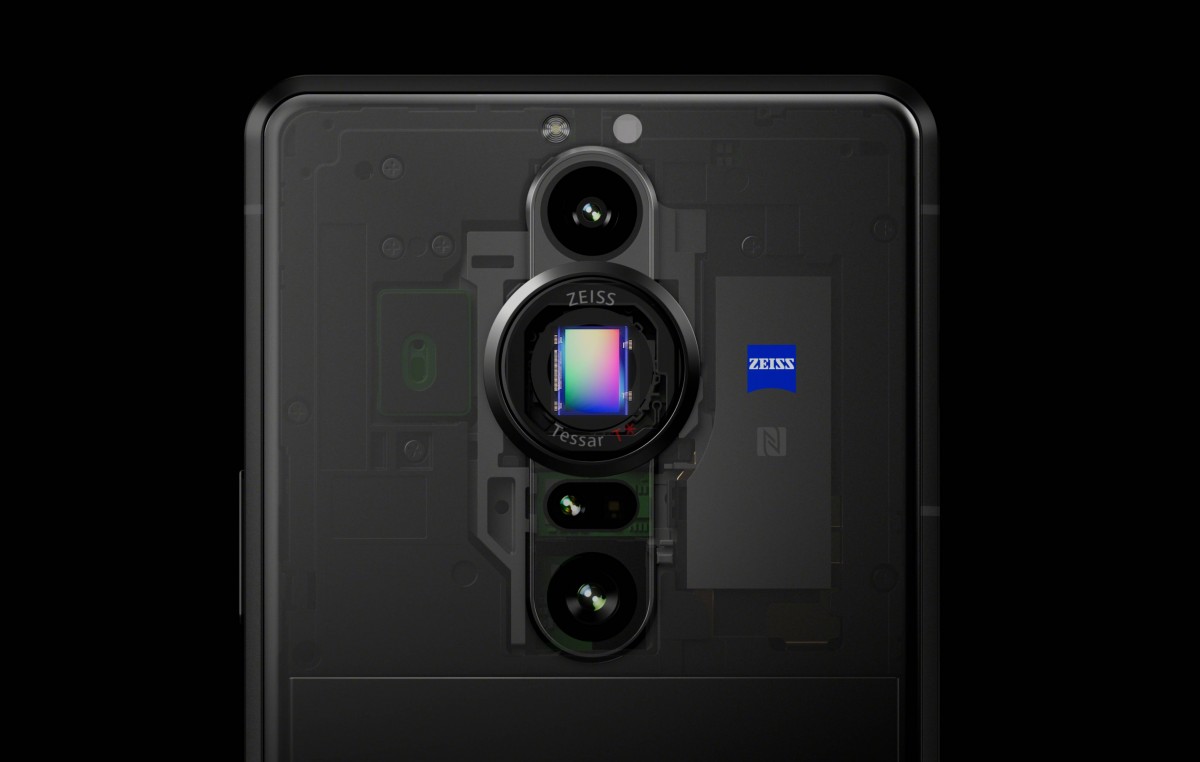 In front of that Exmor RS sensor sits Zeiss-coated, stabilized 24mm lens with a variable aperture that goes from f/2.0 for the shallowest depth of field to f/4.0 when utmost sharpness is the goal. 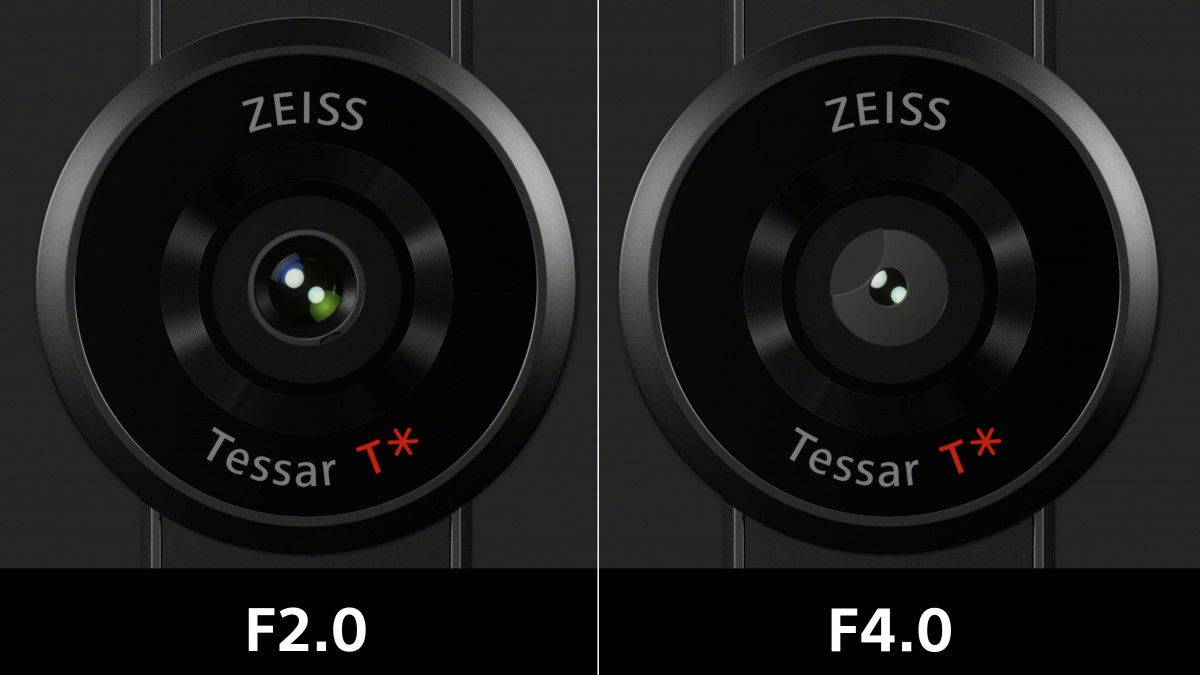 The Xperia Pro-I has another pair of 12MP cameras – a 16mm f/2.2 ultrawide unit and a 50mm f/2.4 2x telephoto snapper. It’s a bit of a disappointment that Sony was unable to fit the 70mm-105mm variable-zoom periscope from the Xperia 1 III and Xperia 5 III in the Xperia Pro-I, though. 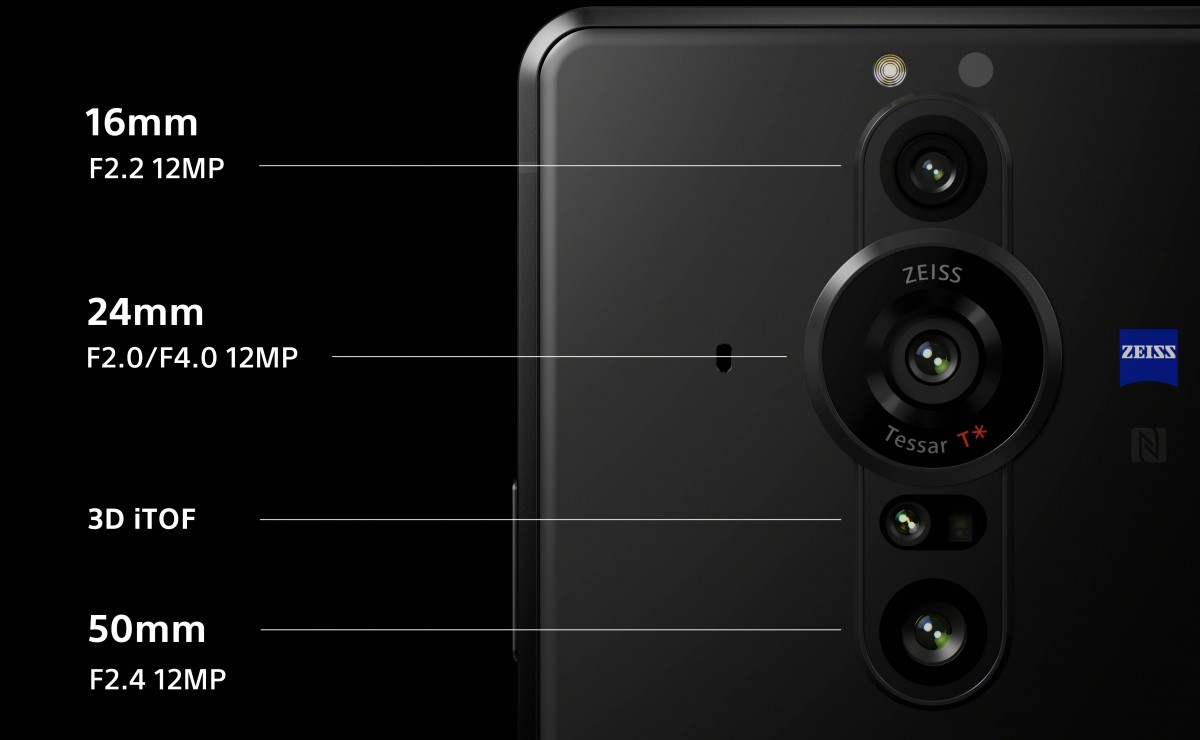 Back to that main camera. It features Sony’s pro-grade Real-time Eye autofocus for both humans and animals, both in stills and video. The Xperia Pro-I can lock up to a subject thanks to 315 phase-detect AF points across 90% of the frame. The Bionz X image signal processor, found in the Xperia 1 III and 5 III is in charge of handling the Xperia Pro-I video and photo processing. 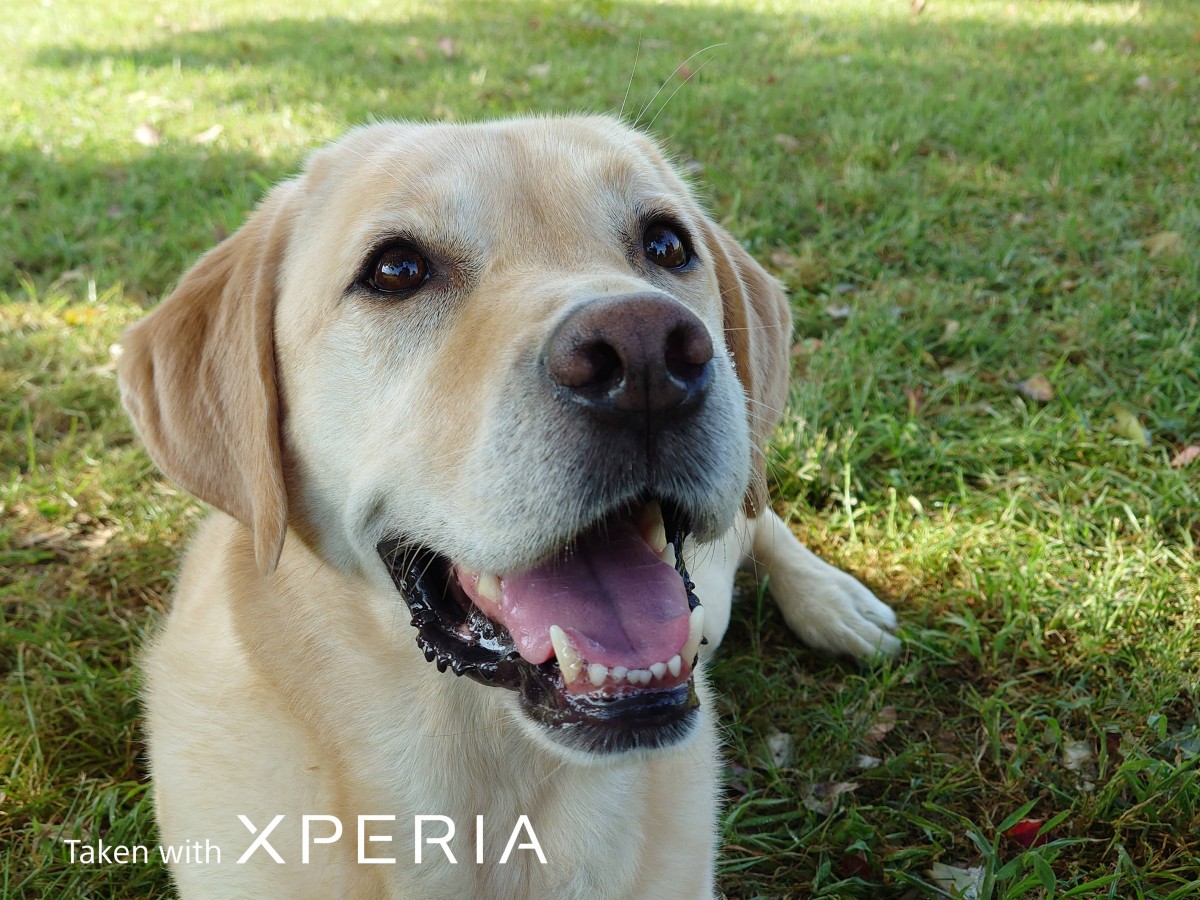 Sony has equipped the Xperia Pro-I with two physical camera controls. There’s a two-stage shutter key, complete with a textured surface and professional dampening. The other is a circular shortcut button, to which Sony has mapped the Videography Pro app. The app gives enthusiasts pro-level control over parameters like white balance, exposure and focus. While Cinematography Pro has Sony’s VENICE cinema camera-inspired color modes and the option to shoot in cinema 21:9. 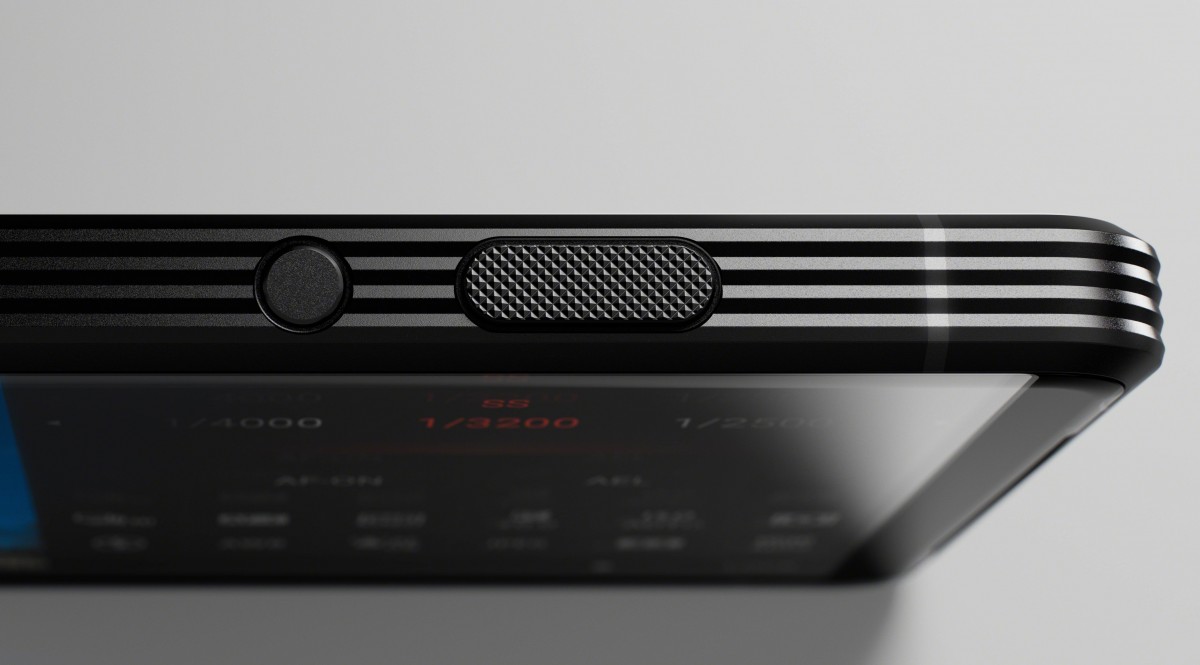 Adding to its video credentials, the Xperia Pro-I is capable of shooting 4K video at up to 120fps for 5x slow motion. Sony will aim the Xperia Pro-I at vloggers with a special Vlog Monitor – a 3.5-inch 1280x720px monitor accessory that attaches to the Xperia Pro-I’s rear and allows you to film yourself with the new 1.0-inch type camera sensor. 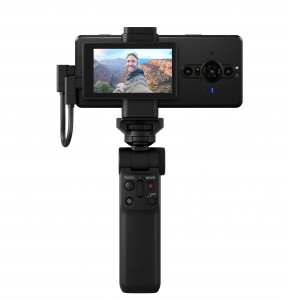 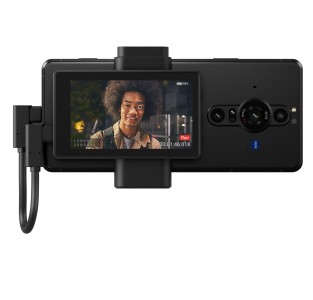 You get ample 512GB storage, expandable through a microSD card, and a 4,500mAh battery. In the box, the Xperia Pro-I comes with a case, 30W charger, and USB cable. 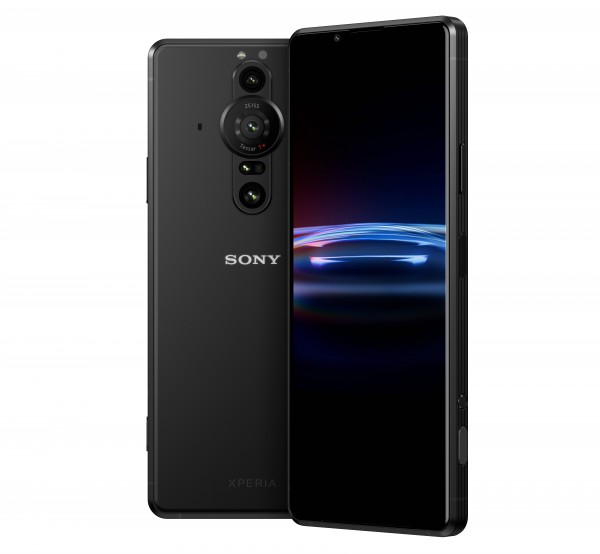 Sony will begin selling the Xperia Pro-I in December, in the UK, France, Germany, the Netherlands and the Nordics. You might want to sit down for the price though as it’s €1,799. The Vlog Monitor is another €199, and it needs a back cover attachment for the Xperia Pro-I for an additional €89.99. Then again, it’s not too bad if you compare it to the original Xperia Pro.