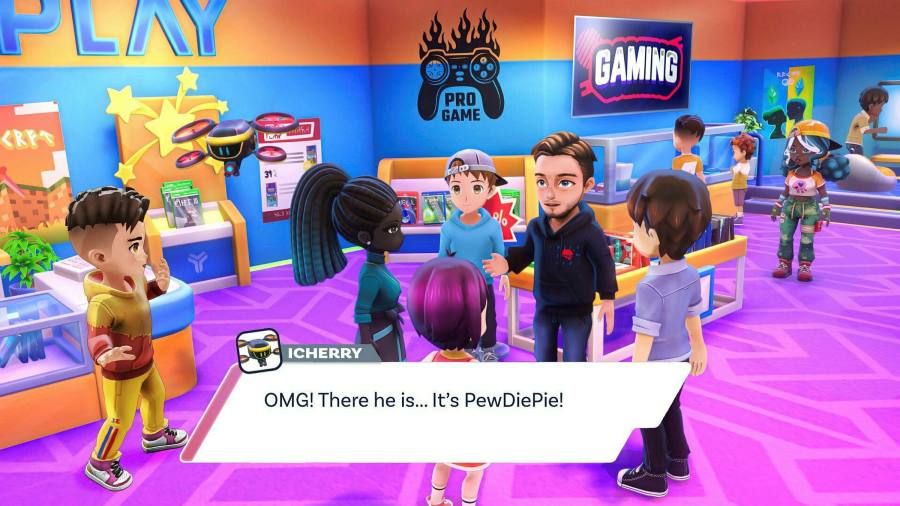 I’ve set up my gaming corner with a comfy chair and the camera positioned just right. It’s my first time streaming a video of myself playing games online but luckily I’m not pitting myself against the big stars of YouTube and Twitch this time — no, this is NewTube, the fictional streaming platform in Youtubers Life 2, a new simulation game where you play a video content creator who climbs the online rankings to become the most famous influencer in town.

To those not native to social networks, this might seem like an unnervingly postmodern, even dystopian subject for a game — aren’t the tales of influencer burnout harrowing enough without being turned into a cutesy video game? But this is the world we live in: a 2019 survey showed that more than half of the 2,000 Gen Z and millennials surveyed want to be influencers. The game also underlines another new normal — how video games have become intertwined with video streaming over the past decade, with YouTube and Twitch growing so popular among gamers that they now exert influence over the entire industry.

The concept of watching games is nothing new, as anyone who grew up as the younger sibling of a gamer can tell you. Despite the fact that the unique draw of games is their player interactivity, they still have much to offer spectators, from exciting storylines to a bombardment of audiovisual stimulation. Still, when massive audiences began watching people play games on YouTube, I was nonplussed. As kids we watched others play games because we had no alternative. Now that we all have powerful gaming machines in our pockets and many games are playable for free, why would we settle for watching when we could be playing?

The first influential genre of gaming videos were known as “Let’s Play”, in which a gamer records themselves playing through a game, their face displayed picture-in-picture offering humorous commentary of their digital misadventures. I realised that on YouTube I could experience new games that I didn’t have the money to play, or that I was unsure whether to purchase. I could see highly skilled players showing off their expertise. It was soothing, like watching Wimbledon on TV instead of going out to play tennis.

Such videos gave rise to something far more sprawling: Twitch and video game live-streaming. Here gamers stream themselves playing games live, often upwards of 60 hours a week. Live streams tend to be shaggy and unpredictable, in turns monotonous and thrilling. They are enormously popular — 45 per cent of frequent gamers watch others stream gameplay, according to a recent Deloitte study. They occupy the space in young people’s lives that TV once did, but spliced with the addictive DNA of social media: more niche, more personalised and more compelling.

The chief product in streaming is personality. Streamers tend to be expressive with boyish, irreverent humour. Swedish Let’s Play-er PewDiePie spent years as the reigning most-subscribed creator on YouTube and appears to be bulletproof: despite several controversies around anti-Semitic speech, he remains staggeringly successful and even has a cameo in Youtubers Life 2. A hack earlier this month revealed that the top streamers on Twitch earn millions of dollars a year. The platform’s sophisticated social features are a large reason for its success, cultivating tight-knit communities around streamers. These fans feel as if the streamers are their friends — imagine how attached you might get if your favourite TV or radio hosts greeted you by name every time you tuned in.

Twitch and YouTube’s growing importance has started to shape the industry. Popular titles like Hello Neighbor and PlayerUnknown’s Battlegrounds owe much of their success to their adoption by big YouTubers, making video streamers an important piece of the industry’s marketing toolkit. Then there are games that are deliberately designed to play well with Twitch: the Jackbox party games allow audiences to compete alongside streamers, while rogue-like Dead Cells lets viewers vote on where players go next and even control enemy behaviour in-game. Imaginative Twitch streamers have also used the platform to stake out a space between performance art and mass-participatory entertainment, ranging from a game of classic Pokémon played by thousands of people simultaneously to a user who turned his whole life into an interactive version of The Sims.

As with all large online communities, Twitch has its share of controversies, including an inability to moderate toxic discourse, a sharp gender imbalance and protracted legal battles with the music industry. Equally worrisome are the physical demands on the streamers themselves, who work punishing hours and place their whole lives online for scrutiny even though only a fraction will succeed. I’ll keep watching them, but becoming a streamer doesn’t sound worth the sacrifices to me. The only success I’m likely to have is in the fictional world of Youtubers Life 2. There, the game’s head of publishing Pablo de la Nuez tells me, I can get “the thrill of reaching number one, understanding how to handle trends, quality content and editing — but unlike real life, players can be sure they will succeed.”