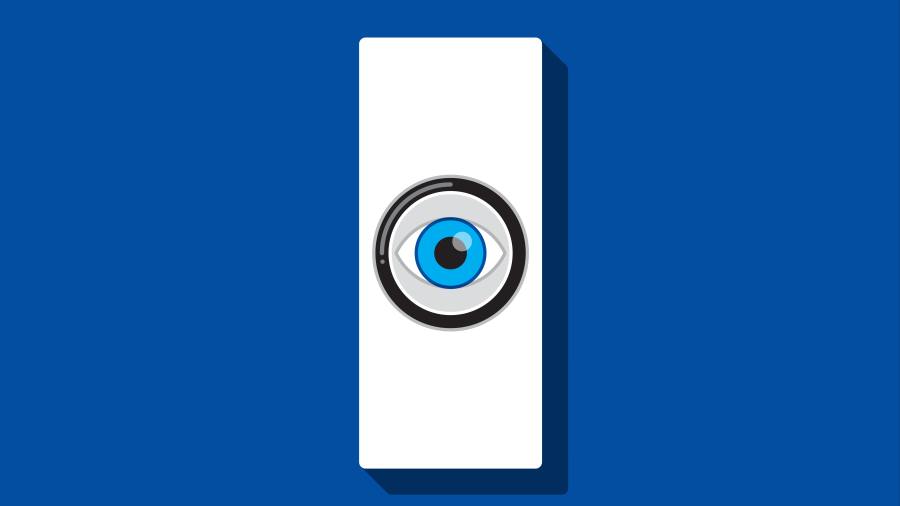 The streets of San Francisco are not only sunnier, quieter and grubbier than London’s, they are noticeably less covered in CCTV cameras. US cities lack the sort of blanket surveillance of public spaces that Londoners are used to. That doesn’t mean you are not being watched.

Instead of cameras on every street corner, there are cameras on doorbells. In the last building I lived in, two neighbours had installed cameras on their front doors. Every time I left or came home I was recorded by someone else’s security system. On a quiet street in a quiet part of town, it felt excessive.

Why is this sort of oversight tolerated when civil liberty groups fight so hard against government surveillance? In 2019, for example, San Francisco became the first major city to ban local government agencies’ use of facial recognition software.

Shoshana Zuboff, professor emerita at Harvard Business School and author of The Age of Surveillance Capitalism, thinks that intrusive data gathering by the state is less palatable to Americans than equally pernicious intrusion by companies or private citizens. The popularity of Amazon’s smart speakers, which can listen in to every conversation happening inside the home, suggests this is true.

The US is, in fact, almost on a par with China for security-camera penetration per person, according to pre-pandemic research by IHS Markit. But city surveillance accounts for just 3 per cent of the total network. The rest are installed by businesses and individuals.

Amazon has been backing an explosion in tiny home security cameras for a few years now. In 2018, the Seattle tech giant purchased Santa Monica-based Ring for over $1bn. Amazon does not separate out sales, but Strategy Analytics estimates that Ring sold 1.4 million video doorbells last year. Its products are fairly simple. A small camera is integrated into a doorbell and has a motion sensor and microphone that lets users see, hear and speak to whoever is at the door via their smartphone.

The expansion of surveillance has been marketed as a way to increase personal safety. Doorbells are just one product. Amazon is hoping that it will also have indoor drones flying inside your house, and a robot, Astro, that can recognise the face and voice of everyone in your home.

Does it matter if Google Maps knows where you are when the free app is so good at helping you find your way around?

When Amazon bought Ring there was speculation that the end goal might be connected to deliveries. A Ring security camera could, in theory, be integrated into the broader company so that delivery drivers could enter a shopper’s home and leave parcels inside. But while Amazon does offer in-garage deliveries, Ring is still being marketed as a safety product. Amazon has done deals with law enforcement agencies in the US and users can download an app that provides “real-time crime and safety alerts” in their area.

Home security is a lucrative market. Research and Markets estimates that it will reach $51bn next year. Google has jumped in to compete with its Nest Aware video system and smart doorbell.

Constant monitoring may be comforting to the user. But if you are one of the neighbours who walk past these cameras every day, there is no opt out. Nor is there a requirement for the owner to let you know they have installed a camera and that you are now being recorded. To some, this is creepy.

In the UK, it has already caused a problem. This month, a judge upheld claims that a Ring owner was invading the privacy of his neighbour. The judge focused on the audio, which has a longer range than the video. This, she said, could be collected from people unaware of the device, which breached the Data Protection Act 2018 and the UK General Data Protection Regulation. Amazon says it has features that can ensure privacy.

There is an argument that giving up privacy and personal data makes sense if they are exchanged for a useful service. Does it matter if Google Maps knows where you are when the free app is so good at helping you find your way around? Is it OK if Amazon tracks every website you visit, when it’s so handy to be reminded of items you might want to buy?

But what if you are the one whose privacy is intruded upon but who does not benefit from the service? For neighbours of Ring owners, the trade-off does not work.