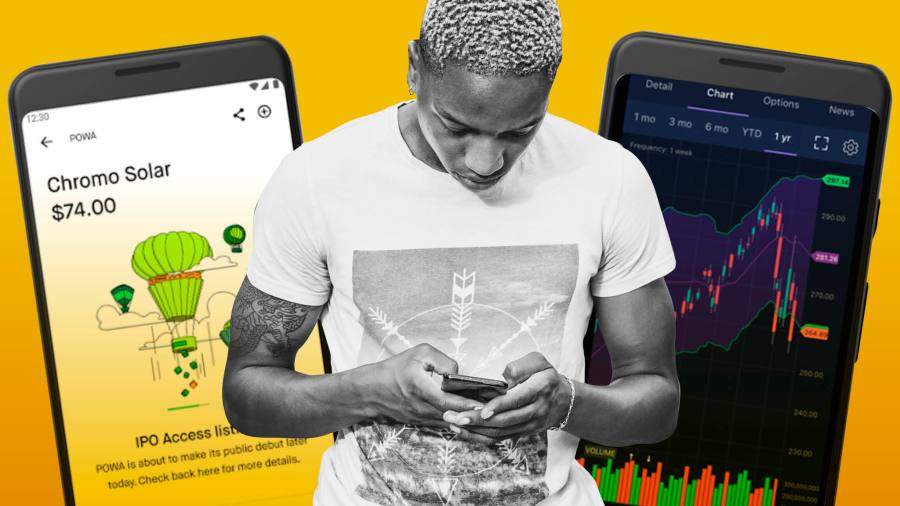 Retail brokerages, riding high on a wave of memestock-loving day traders, have a dilemma: How do they keep newly minted customers on their apps without running foul of regulators worried that people are taking on risks they do not understand?

Confetti and colourful emojis may once have been strangers to the dry, colourless world of digital stock trading but now they are symbols of a growing debate within brokerages wrestling with just how simple apps should be.

“The whole industry realises that now we’re competing on the experience itself,” said Ed Andersen, managing director of mobile and advanced technology at E*Trade. “But at the same time, we’re not looking to be too cute about people and their money.”

Getting app design right is a high-stakes game. Attracting, and retaining, younger investors and turning them into long-term customers who will eventually buy higher-margin products and services from them, is mission critical for brokerages such as Schwab, Robinhood and Fidelity.

“This is serious business . . . It’s not like a game. If you make a mistake you don’t get to start over.”

The issue became urgent as a new class of investor entered markets in record numbers during the pandemic — forming a new backbone for the business model while provoking debate about digital engagement practices and gamification.

After taking a first shot with its long-anticipated report into the GameStop trading frenzy at the start of 2021, the US securities regulator signalled its intent again last week:

“Consideration should be given to whether game-like features and celebratory animations that are likely intended to create positive feedback from trading lead investors to trade more than they would otherwise,” the Securities and Exchange Committee said in a report.

As the pandemic handed some people the time and money to start trading, low barriers to entry such as fractional shares and simplified user experiences attracted younger clients with smaller amounts to invest.

Charles Schwab, the US’s largest retail brokerage, said a quarter of all new sign-ups to its platform were from customers under 30, and half were under 40.

But it was Robinhood, the app most synonymous with the rise of the retail trader, that pioneered a simplified interface allowing new users to trade stocks within minutes with zero commission. It more than doubled the number of funded accounts on its platform from 9.8m to 22.5m between June 2020 and June 2021. 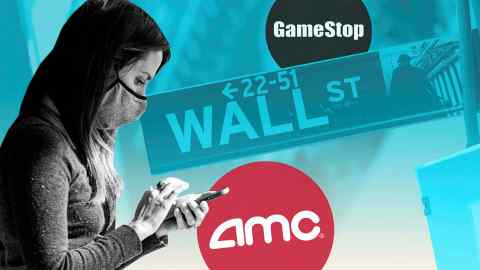 And as Robinhood has profited it has also come under fire for ‘gamification’ on its platform, or including game-like elements in its trading such as animations, ‘celebrations’ and immediate feedback — alerts that experts say make you feel like you have ‘accomplished’ something that wouldn’t ordinarily have a moral value.

In March, as scrutiny intensified, the broker removed a confetti animation that rained down every time a customer completed a stock trade.

In an op-ed in the Wall Street Journal, Robinhood co-founder Vlad Tenev wrote: “We designed these features . . . to make it easier and more delightful for users to stay informed. Investing isn’t a game, but must it be grim and difficult to understand?”

Robinhood’s simple interface remains a draw for investors. According to a survey by Mizuho Securities about whether investors would leave the Robinhood platform if it stopped being free, 90 per cent of investors said no, or were undecided. More than 40 per cent cited ease of use as their top priority using the brokerage, rather than low cost. Only 7 per cent said brand trust was a priority.

Some rival brokerages say Robinhood’s app design has put pressure on them to build similar products in an arms race for young customers.

But they caution that oversimplifying the app experience means users are encouraged to focus on the short term, without always recognising the risks of their trading decisions.

“Sometimes people complain that our app is too complicated because it is when you compare us to a Robinhood set-up,” said Thomas Peterffy, founder and chair of Interactive Brokers. “We are focused on a more sophisticated investor . . . Some interfaces are getting too dumb, and they attract people who [shouldn’t be trading].”

They also argue that a growing expectation that apps should be easy to use sits awkwardly with the seriousness of managing finances.

“If you were just ordering an Uber and you shift into Schwab, you’re going to have an expectation of ease of use and simplicity even if managing your finances is much more complex than ordering a car,” said Zack Gipson, managing director of Schwab’s digital investor services group, who oversees user experience on the broker’s app.

Brokerages are debating how much apps should have “intentional friction”, design elements that slow users down slightly in order to make decisions less impulsive.

In some cases, Fidelity has added “clicks” to its experience, separating out each part of a trade into individual pages to reduce “noise” and unnecessary information on its interface. “It requires the customer to think about each individual decision, one at a time, so they can concentrate on each part of the order that they’re making,” said Jason Codding, the head of mobile experience at Fidelity. 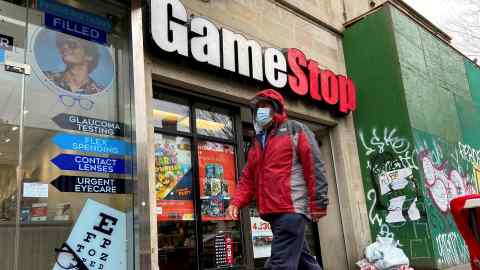 And E*Trade has decided not to offer one-tap trading, instead proffering a confirmation page where the brokerage ‘reads back’ the trade before a user finally submits it. “We want to make sure you got it right, that you’re doing what you want to do. Mobile has a propensity for fat fingers,” said Andersen.

If they get the balance right, then legacy brokers will be able to hold on to their younger customers, refining the tools they need to be successful. But getting it wrong means risking the trust of their customers and the ire of regulators, who have been clear that regulating gamification in financial services is a priority.

“We’re Wall Street guys not Silicon Valley guys. We think it is important that customers should have the feel that they are moving money around, and that their money is at risk,” said Dan Pipitone, chief executive of broker dealer TradeZero.

“This is serious business,” he added. “It’s not like a game. If you make a mistake you don’t get to start over.”