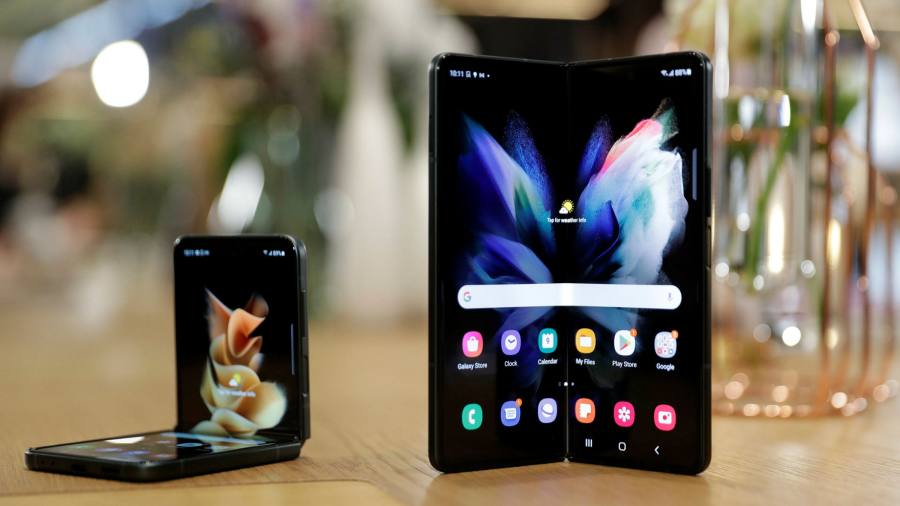 Sales at Samsung hit a new record in the third quarter. The South Korean tech group enjoyed a windfall from the global chip shortage which is pushing up semiconductor demand and prices. But in the coming quarters, its fortunes will depend more on folding phones than chips.

Operating profit in the three months to September rose 28 per cent to $13.5bn, as the chip unit’s earnings nearly doubled. Semiconductors accounted for about two-thirds of group profit. Global demand for smartphones has also surged this year. Samsung is the leader in this market, with a 23 per cent share.

Those trends should persist. A prolonged global chip shortage means companies have depleted most of their usual chip inventory. The order book for server chips will remain strong as companies ramp up data centre investments.

Elsewhere, legal risks relating to Samsung’s de facto chief Lee Jae-yong, who was released on parole in August, are diminishing. A months-long legal proceeding linked to Lee’s illegal use of the sedative propofol concluded with a $60,000 fine earlier this week.

The uncertainty now lies in the semiconductor supply chain. Global chipmakers are struggling with rising raw material prices and shortages of shipping containers, raw silicon and chemicals. Disruptions from shortages mean Samsung may not keep up with rising demand. Samsung shares are down 15 per cent this year reflecting those concerns. Shares trade at 10 times forward earnings, less than half that of peers such as Apple and chipmaker rival Taiwan Semiconductor Manufacturing Co.

But folding phones, once seen as a niche offering with little chance of significant profit contribution, should pick up some of that slack. Local sales of the flexible phones recently hit the 1m mark. Since its launch two years ago, it has had the fastest take-up of any Samsung smartphone despite a price tag of about $2,000. Its latest $999 model has broken an important psychological price barrier, creating a chance for the devices to become more mainstream.

This trend, plus normalising supply chains, should provide investors with a good buying opportunity.