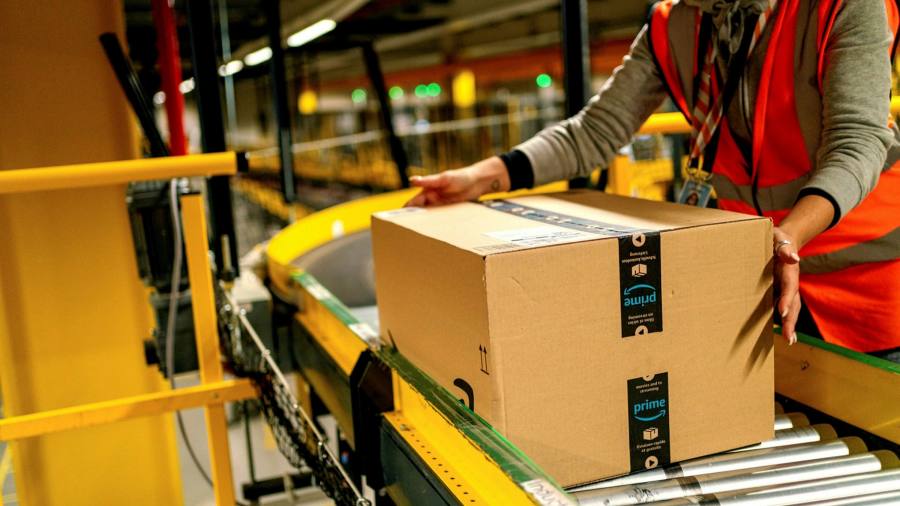 In Chloé Zhao’s acclaimed movie Nomadland, redundant manufacturing worker Fern toils for a spell in an Amazon warehouse. The work is menial, temporary and low-wage. But the tide may now be turning her way.

The US ecommerce group mushroomed during years of stagnating US wages. It appears to be no match for a tight labour market.

The company has reported a near 50 per cent collapse in profits for the third quarter. A surge in labour and fulfilment costs drove the decline. With record job openings in the US, Amazon has had to dangle higher wages, better benefits and sign-on bonuses to fill positions.

The fourth quarter will be no easier. Amazon warned that its entire operating profit for the period could be wiped out. It plans to invest heavily to avoid disruption to the all-important holiday shopping season.

To an extent, Amazon is a victim of its own success. To meet the pandemic-fuelled surge in online shopping, the group has been aggressively adding new warehouses and delivery capacity. Morgan Stanley reckons Amazon’s US logistics workforce will grow from 500,000 to 700,000 this year. Factoring in higher hourly wages and benefits, the investment bank estimates Amazon’s labour costs will rise 60 per cent — or $4bn — in the fourth quarter compared with the same period last year.

Unusually for a retailer, Amazon has a lucrative, fast-growing cloud business to absorb some of this cost increase. The cushion is reflected in a $1.7tn market valuation. Some of the cost pressure should also abate as the company pulls back on the pace of its expansion.

At 56 times forward earnings, Amazon is valued like a fast-growing technology company rather than a stodgy retailer. Its current labour woes are a reminder that a large part of its business model can reductively be seen as charging a mark-up on cheap labour.

Amazon’s problems may be merely temporary in a US with low-powered unions and weak labour legislation. But founder Jeff Bezos will still have his work cut out keeping his army of rank-and-file workers like Fern happy now that wages are rising.

The Lex team is interested in hearing more from readers. Please tell us what you think of US labour inflation and Amazon in the comments section below.