Apple has always enjoyed a strong position in the United States – and the latest report from Consumer Intelligence Research Partners (CIRP) revealed over 90% of iPhone users remain loyal to the brand. For comparison, under 70% of Samsung users purchase a new phone from the same company. 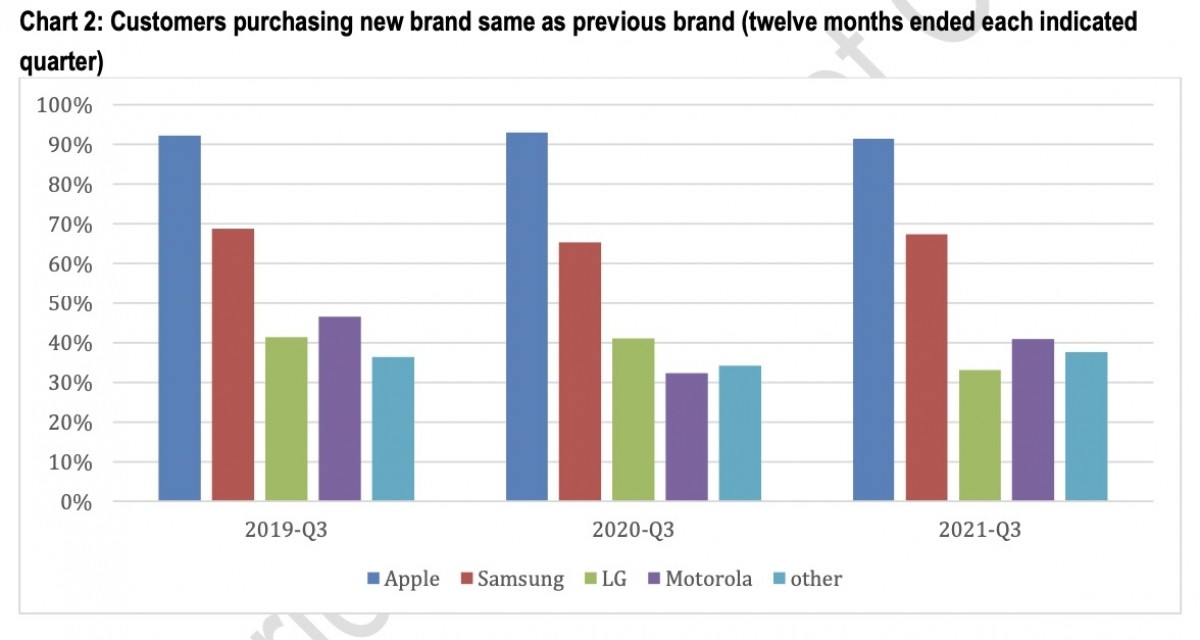 CIRP pointed out that a large part of that is the vertical integration that means Apple is the only company to make iOS devices. In comparison Android users easily can move from one maker to another while retaining their favorite features. In fact the Samsung percentage is pretty high because American customers don’t have a wide variety of choices – pretty much none of the Chinese brands sell in the USA, allowing LG and Motorola to appear on a chart like the good old days.

Data also revealed Apple accounts for 43% of all smartphone sales in the United States in the last three years. Second is Samsung with 31%, and LG third with 9%, although we expect changes here since the latter Korean company closed its smartphone division.