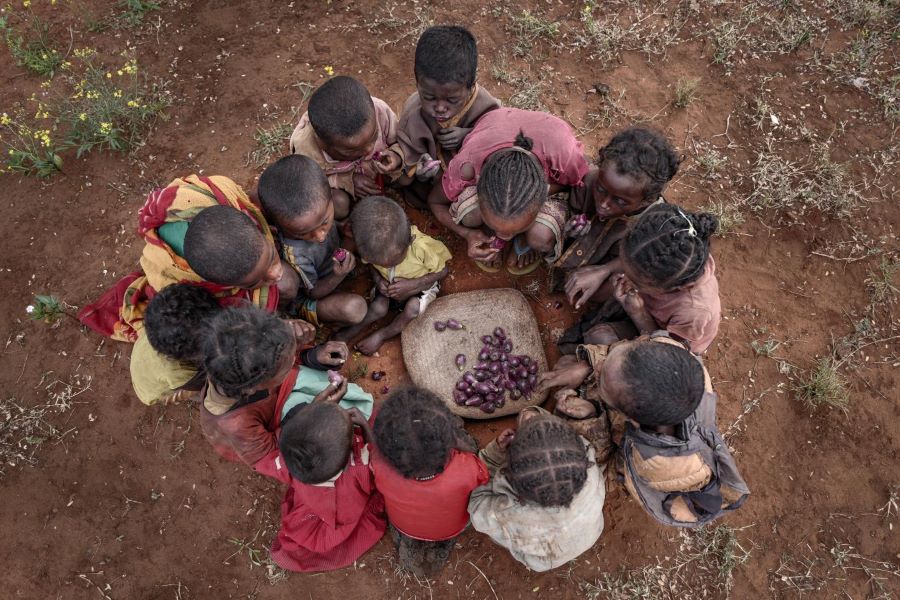 This story is the third in a series about the COP26 summit in Glasgow, which starts on October 31.

As delegates converge on Glasgow, Scotland for the COP26 Climate Change conference, much of the focus is on what the world can do to avert climate-related crises in 2030, 2050 and beyond.

Unfortunately, global warming is already wreaking havoc in many countries in Africa, particularly on the bio-diverse island of Madagascar, which is the fourth largest in the world, excluding Australia.

According to the World Food Programme (WFP), more than one million people in southern Madagascar are struggling to get enough to eat, due to what it said could become “the first famine caused by climate change.”

A WFP manager in the capital Antananarivo said that there were certainly other long-standing factors — such as a lack of infrastructure — at play but that this crisis is now the most acute that it has ever been. “It is a very difficult situation,” she said.

The main problem is water.

Some in Madagascar are resorting to eating locusts.

While countries from Germany to Bangladesh to China are suffering unprecedented floods due to climate change, the opposite is happening in Madagascar and some other arid countries.

The rainy season usually begins about this time of the year, but for several years now it has become sporadic at best.

“When there is the first rain, (farmers) can maybe have hope and sow some seeds. But one little rain is not a proper rainy season,” said Alice Rahmoun, WFP Communications Officer in Antananarivo. “So harvests fail constantly, and people don’t have anything to harvest or anything to renew their food stocks.”

Rahmoun said that in some areas, absolutely nothing is growing right now and people are having to resort to eating locusts and cactus leaves, which are usually just for cattle.

According to the WFP, families are having to sell cattle, fields and houses to get money to buy food. Some are pulling their children out of school to help earn money for food.

Africa is the most vulnerable continent in the world.

On the positive side, the WFP — which won the Nobel Peace Prize last year — is collaborating with humanitarian partners and the Malagasy Government to provide two types of response to the crisis.

Some 700,000 people are receiving life-saving food aid, including supplementary products to prevent malnutrition.

The WFP is also focusing on long-term measures to allow local communities to be able to prepare for, respond to and recover from climate shocks better.

“Infrastructure is a big problem,” the WFP manager said.

So the WFP is launching “resilience projects,” such as irrigation canals, reforestation and even micro-insurance, to help small-holder farmers recover from a lost harvest.

Unfortunately, Madagascar is only the most extreme victim of climate change, which has affected many countries in Africa.

“While Africa has contributed negligibly to the changing climate, with just about two to three percent of global emissions, it stands out disproportionately as the most vulnerable region in the world,” the United Nations Environment Programme (UNEP) said recently.

“This is because they lack the resources to afford goods and services they need to buffer themselves and recover from the worst of the changing climate effects.”

UNEP estimates that individual African governments currently spend between 2% and 9% of their economic output to fund climate adaptation programmes. But the African Union estimates that climate change could wipe out 15% of Africa’s gross domestic product (GDP) by 2030.

Another longer-term impact of climate change could be mass migration across Africa.

According to a new World Bank report, up to 86 million Africans might have to relocate within their own countries by 2050, especially in West Africa and the Lake Victoria Basin in the East.

The African Union is now working with the Global Center on Adaptation, the African Development Bank and other partners to launch the Africa Adaptation Acceleration Program. The programme aims to spend about $25 billion on such areas as climate-proofing, creating new jobs and modernising key economic sectors to promote climate adaptation.

Meanwhile, some African countries are trying to come up with solutions at a more micro-level.

Last week, 40 African countries were represented at the general assembly of the Pan-African Farmers’ Organization (PAFO), which was launched 11 years ago in Malawi, is headquartered in Kigali, Rwanda and includes Madagascar as a member.

PAFO President Elizabeth Nsimadala said that as much as Africa has been hit by climate change, farmers can fight it through collective efforts.

Nsimadala said farmers can address the challenges through the exchange of information between farmers from across the continent and learning about the methods that are being used.

She cited Rwanda as an example. “The government has taken a step further in terms of small and medium irrigation technology,” she said. “As a farmers’ organization, we can learn from them, access and share different information on agricultural techniques and share different varieties of seeds that can survive drought, which will increase food production while fighting climate change.”

So there is hope, mixed with fear, as African nations and leaders prepare to engage in COP26 in Glasgow — and host COP27 in Egypt next year — amid the current and potential crises in Madagascar and beyond.

In the words of Tanguy Gahouma-Bekale, the Gabonese chair of the African Group of Negotiators on Climate Change: “Africa is eager to partner with the developed countries to ensure an ambitious outcome at COP26. We cannot afford to fail.”