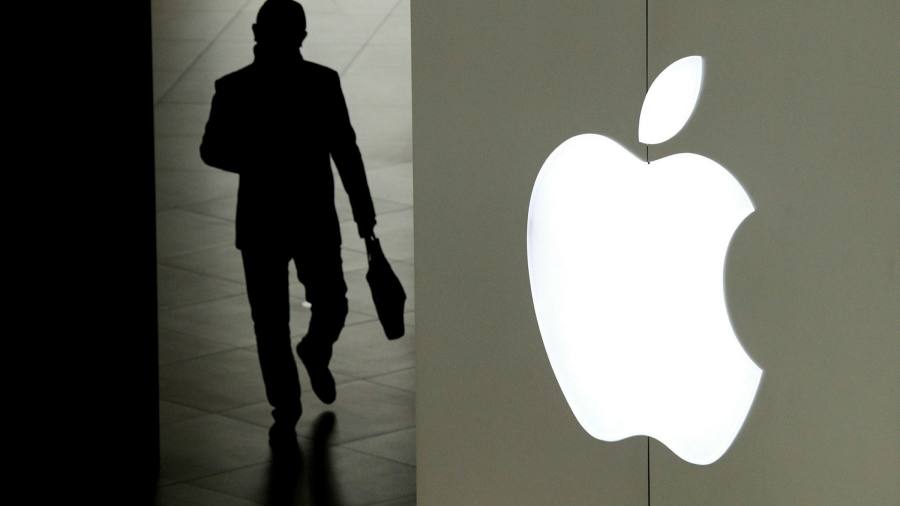 The Stoxx Europe 600 share index ticked down 0.5 per cent in morning dealings, as fresh data showed that annual inflation for the eurozone rose to 4.1 per cent in October. This marked an increase from 3.4 per cent in September and topped consensus forecasts of 3.7 per cent, according to a Refinitiv poll.

Rising energy prices were central to that increase, up 23.5 per cent, after oil and gas costs soared in recent weeks because of concerns about scarcity in the run-up to winter.

Those inflation data were released alongside figures showing that the eurozone economy grew by 2.2 per cent in the three months to September, compared with the previous quarter — higher than estimates of 2 per cent.

The moves in Europe’s equity market came after Apple and Amazon both missed analysts’ expectations on Thursday. In an earnings report delivered after the closing bell, Apple posted revenues of $83.4bn for the fiscal quarter ending in September, up 29 per cent but slightly below consensus estimates as supply constraints hampered growth. The iPhone maker’s net profits beat forecasts.

Meanwhile, Amazon warned that labour challenges and rising costs would damp down earnings for the rest of the year, as it delivered third-quarter sales of $111bn — lower than the $112bn figure projected by analysts.

Futures tracking Wall Street’s blue-chip S&P 500 fell 0.5 per cent, while those following the tech-heavy Nasdaq 100 index slipped 0.9 per cent. US stocks closed at new record highs in the previous session, helped by a series of strong earnings reports from large companies including machinery group Caterpillar, which is widely perceived as an economic bellwether, along with positive numbers earlier in the week from Microsoft and Alphabet.

Government bond markets were choppy on Friday morning after significant volatility on Thursday afternoon in the wake of the European Central Bank’s meeting.

Ten-year Italian bond yields rose 0.14 percentage points to 1.12 per cent, bringing the rise over the past two days to 0.22 percentage points. This marks the heaviest sell-off in the country’s benchmark bond since the nation’s Covid-19 crisis in spring 2020.

The moves came after ECB chief Christine Lagarde attempted to pushback on market pricing for a rate rise from historic lows next year. “The ECB tried but failed this week to prove market pricing wrong,” analysts at the Bank of America noted.

Investors have also been focused on other global central banks that are expected to move sooner to reduce their stimulus measures. The Reserve Bank of Australia chose not to defend its bond-yield target, which is central to its quantitative easing programme. This decision, in turn, pushed the yield on Australia’s April 2024 government bond to more than 0.7 per cent — well beyond the bank’s target of about 0.1 per cent.

Interest rate decision announcements are due next Tuesday, Wednesday and Thursday respectively from the RBA, US Federal Reserve and Bank of England.