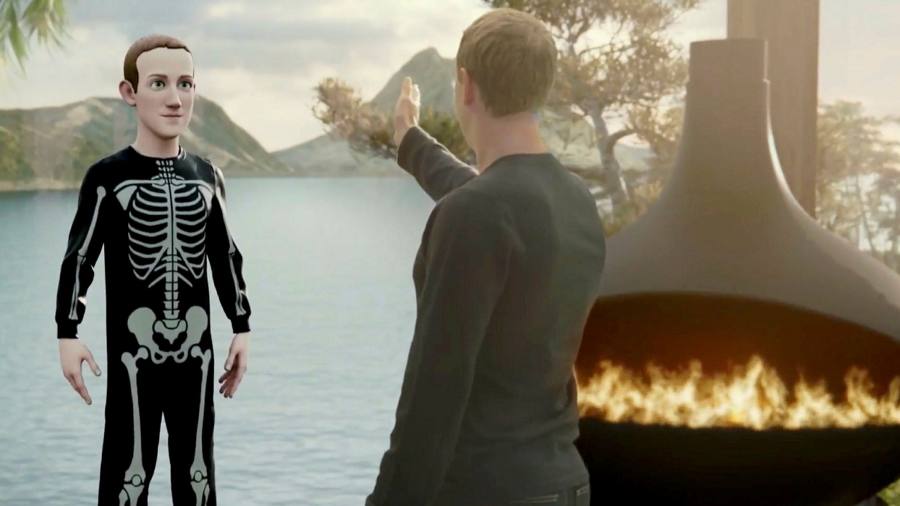 First Google became Alphabet; now Facebook has become Meta. There are precedents not just of tech companies rebranding and reorganising when their strategy shifts and the core business becomes part of a broader portfolio. Yet Google reinvented itself in 2015 from a position of strength. Facebook is on the back foot. Its name change and strategic rethink have, no doubt, been long in the works. Inevitably, they will be seen as trying to distract attention from the most far-reaching crisis in the company’s 17-year existence.

The leak of thousands of internal documents has laid bare strategic, operational and reputational headaches that are set to translate into regulatory and legislative ones. The “Facebook Papers” have inflamed allegations that the company is placing profits above users’ safety, poisoning democratic society, and intensifying polarisation at home and abroad.

The papers have also shown the company is acutely conscious that all-important younger users see it as uncool and are turning to TikTok and other rivals. Much of Facebook’s audience, and the advertisers they attract, may hang around for years. But it is hard for a tech company to claw things back once it ceases to be relevant.

Strategically, reinventing itself as Meta has merit. There is good reason to shift the focus to what it sees as the next big thing in tech and plough $10bn into augmented and virtual reality. Founder Mark Zuckerberg has outlined a vision to build a metaverse where avatars of users can socialise, play games, and — importantly — buy and sell things in a shared virtual space.

Yet risks abound. The dawn of the metaverse may be more distant than it seems; Facebook has owned Oculus, the VR headset developer, for seven years, but progress has been slow. The Facebook boss, moreover, is intent on “owning” the metaverse, as he has tried with the internet. But the metaverse will be more immersive than social media — and potentially even more open to ills, from bullying to misinformation. Users and lawmakers will not want Facebook to invent the new online world without fixing problems it has incubated in the current one.

The central issue is trust. Zuckerberg complains no one upbraids rivals such as Google for doing things Facebook is criticised for — such as sharing personal data across apps — apparently without realising the problem is it is no longer trusted to do the right thing. To fend off restrictive legislation and make a success of the meta-transition, Facebook must win back confidence.

It should start by dropping the defensiveness, even if it continues to dispute some allegations it views as unfounded, and acknowledging that faith has been eroded. It should open its algorithms to scrutiny. It should plunge billions of additional dollars into human content moderation, especially in non English-speaking markets where artificial intelligence finds it even harder to do the job. Facebook should be ready, if necessary, to withdraw from markets where it cannot effectively control hate speech or defend free expression. Margins would take a hit. But the company’s future is more sustainable if it is seen as a force for good, not ill.

By flagging up the metaverse as the next destination, Meta opens an opportunity, meanwhile, for regulators and the tech world to learn from mistakes made during the early free-for-all era of the internet and social media. They should work together on safeguards even as the new world is being formed. The free speech and connectivity Zuckerberg trumpets are powerful things. As with free markets, though, they must operate in a framework of sensible rules and trustworthy institutions.