Reliance Gio and Google have finally unveiled the JioPhone Next over three months since its initial announcement back in June.

The affordable device which boots Pragati OS – an optimized version of Android will start as low as INR 1,999 ($27) with monthly installment plans for 18 and 24 months ranging from INR 300 ($4) to INR 600 ($8) per month and a INR 501 ($6.70) processing fee. These installment plans also include Jio call and data services. Retail pricing for the JioPhone Next without installments is INR 6,499 ($87). First sales start on November 4 via JioMart online and retail partners. 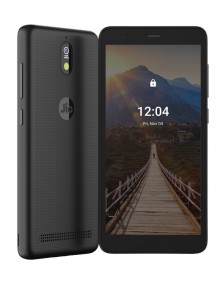 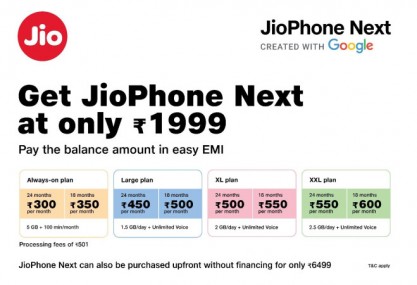 JioPhone Next and EMI plans

The key selling point of JioPhone Next is that its software is catered to users in India with system wide translation, voice typing and read aloud features supported for 10 local languages all at the press of a button. Google will continue to support the phone by adding new features via software updates similar to its Pixel feature drops.

The specs department includes a 5.45-inch LCD with HD+ resolution, Qualcomm Snapdragon 215 processor with 2GB RAM and 32GB expandable storage. There’s an 8MP front camera and a 13MP rear module. The battery is rated at 3,500 mAh and charging happens via microUSB.