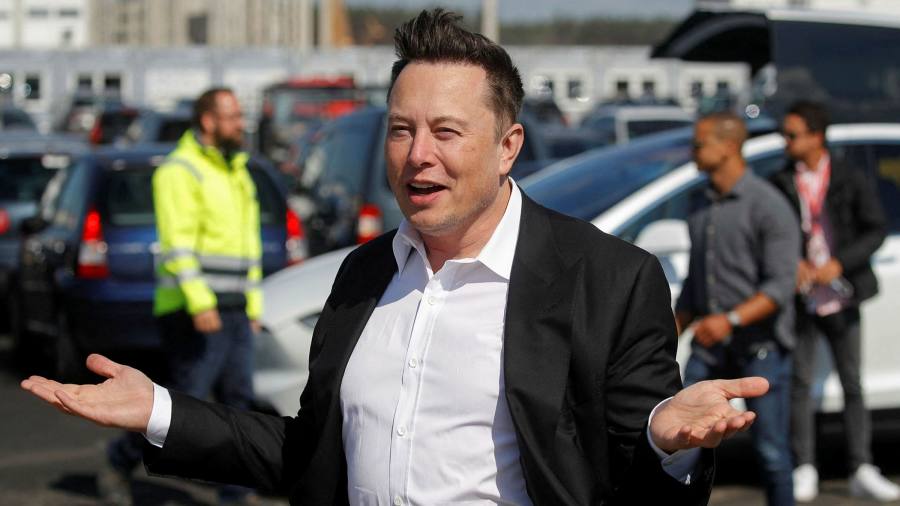 Tesla shares do not care if you hate them. You may think their eye-popping ascent, which this week dragged the company up to a $1tn valuation, represents the final death throes of a foolish, cultish trading culture that treats favoured shares like loyalty tokens, and you have a point. But it doesn’t matter. The punchline: doubters are now at the stage where they are almost forced to buy.

The trigger for the latest burst higher in shares of the divisive electric carmaker was news that car rental business Hertz intends to buy 100,000 of its vehicles. Even the company’s founder, Elon Musk, described the rally as “strange”.

At that kind of valuation, Tesla is worth more than the next nine biggest carmakers in the world combined, or roughly half of Germany’s entire Dax index. It has slapped on the equivalent value of an extra four Fords this month. The stock has gained 45 per cent this year.

The sound of Tesla bears wailing and gnashing their teeth is audible from 50 paces. The “euphoria” shows “we are getting close to, but not quite yet into, extreme greed territory”, wrote Neil Campling, head of tech research at Mirabaud, which is betting against Tesla through a negative view on Ark Innovation, the fund run by star manager Cathie Wood. (Her base case is that Tesla’s share price will triple to $3,000 from here.)

What are the bears missing? Plenty of things, says David Older, head of equities at European asset manager Carmignac. “A couple of years ago people thought it was teetering on the edge of bankruptcy,” he says. Now Tesla has “fixed” production problems, and punchy Chinese targets for electric vehicle adoption provide a solid bedrock of demand.

Perhaps, as Keith Parker, UBS’s head of US and global equity strategy suggests, Tesla could be one of the big beneficiaries of the “corporate spending phase of the cycle”. Companies have plenty of money to spend. It is not unreasonable to think they might splash at least some of it on electric cars. Hertz might be just the beginning.

And while every other company on the planet struggles with supply chain challenges, Tesla seems to have sailed through, says Older. “Elon Musk is an engineer, and yet he has managed the supply chain better than anyone else. How has the guy done it? It’s just magical,” he says.

In addition, the company is “so far ahead on the learning curve” compared with other carmakers in terms of automation and battery development, he notes. Analysts at banks pumping out share price targets are in constant catch-up mode. Looking ahead, the company could dominate computing and battery capabilities across the entire car industry.

With the notable exception of Wood at Ark, Tesla is just not, for the most part, a professional fund manager’s plaything. Instead, retail investors have been instrumental in getting the shares up to this dizzying height.

Some fund managers are put off by Tesla’s corporate culture and Musk’s uneasy relationship with regulators, in the realms of both public safety and public markets. For most, though, the big stumbling block is the valuation. The shares trade at around 130 times the company’s future earnings, compared with 21 for the S&P 500 index. Over and over again, big fund managers figure the stock simply must be at its peak. They cannot bear to get in at these levels. Over and over again, the market administers a beating.

Making matters worse for these already humbled bears is that since December 2020, Tesla has been a member of the S&P 500 index of blue-chip US stocks. This sucks yet more money in to the shares through passive investment.

It also complicates benchmarking; when Tesla was first admitted, it accounted for around 1.8 per cent of the index. Now it is more like 2.8 per cent. That means any fund manager benchmarked against the S&P 500 with less than a near 3 per cent allocation is short Tesla. That is an increasingly hard bet to justify.

“Maybe I should be going to a neutral position” and matching Tesla’s slice of the index, Older muses. “I think that’s what a lot of people are doing now. They’re throwing in the towel.”

What can go wrong for this stock? The same as for many others: Central banks, chief among them the US Federal Reserve, could prove trigger happy on inflation, the thorniest macro issue of the year and one that few claim truly to understand.

Alternatively, trade tensions between the US and China could intensify again, limiting the ability of US champions like Apple and Tesla to keep pushing in to the Chinese market. But predicting these issues will bite imminently is almost as thankless as betting Tesla will fall back to earth.

Sure, as one banker told me, Tesla stocks trade like tokens in the Musk fan club. But as long as monetary policy stays loose, the peer pressure on big investors to join the party will keep on building.