Oppo is readying its Reno7 series and contrary to popular belief, there won’t be a Reno7 Pro+ version, so instead, we will see a lower-end Reno7 SE. This leaves the Reno7 Pro on top of its series.

Anyway, the report suggests that the standard Reno7 and Reno7 Pro share a good chunk of the hardware. They will be built around a 6.5-inch OLED panel, but the vanilla will settle for 90Hz refresh rate while the Pro boasts 120Hz. The same 4,500 mAh battery with 65W fast charging support will be powering up both handsets. 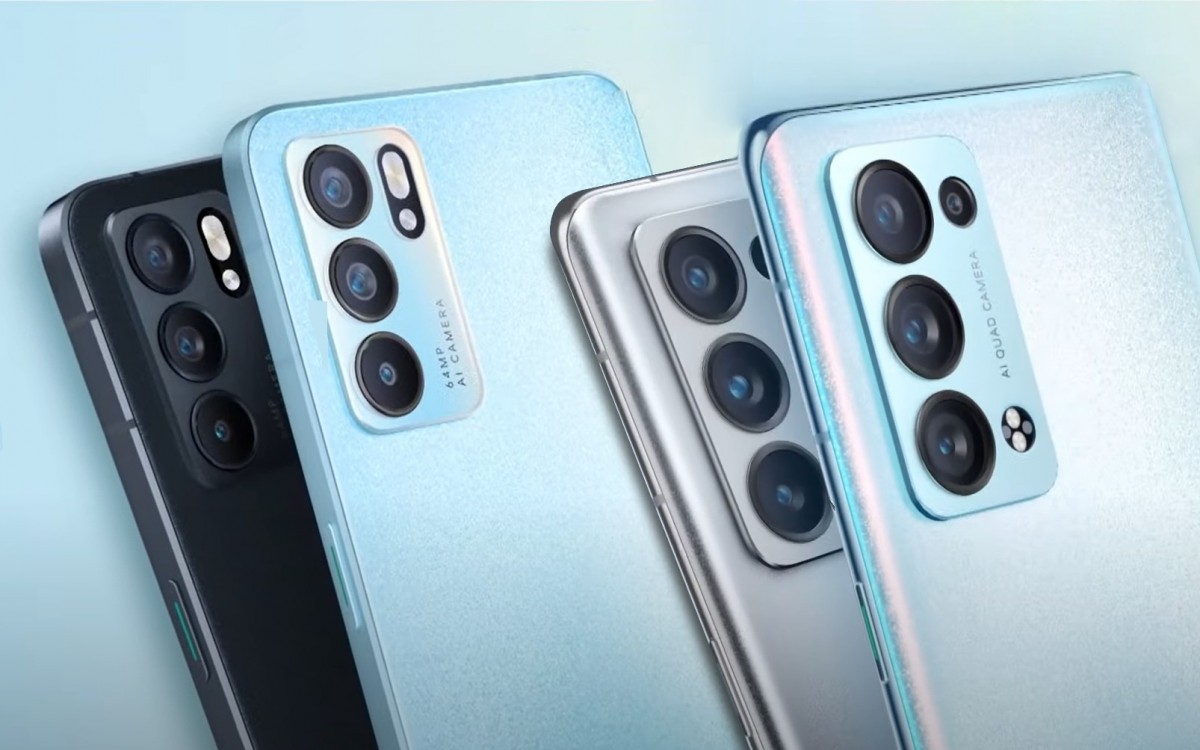 The camera department segregates the two – 50MP Sony IMX766 main sensor joined by a 16MP ultrawide camera and 2MP unit for depth sensing. Whereas the Pro will make use of Samsung’s 50MP GN5 sensor, OmnVision’s 64MP OV64B snapper for ultrawide images and a 13MP telephoto camera.

The chipsets will be borrowed from their predecessors – the vanilla will run on the Dimensity 1200 SoC while the Pro will be getting Snapdragon 888. 8GB and 12GB RAM options will be made available coupled with up to 256GB of internal storage.

Finally, the Reno7 SE is expected to bring a smaller 6.43-inch 90Hz display, Dimensity 920 chip and up to 12GB/256GB memory configuration. Just like the other two, the front will accommodate a 32MP selfie camera, while on the back, the SE gets a modest 64MP OmniVision OV64B primary camera along with 8MP Sony IMX355 ultrawide shooter and a 2MP depth sensor for portraits. A smaller 4,300 mAh battery is supposed to keep the lights on but with the same 65W fast charging.

As of now, we have no official info on the release date, but the report suggests the series should see broad daylight sometime in November. The information above seems to be mostly in line with a previous leak from mid-October.