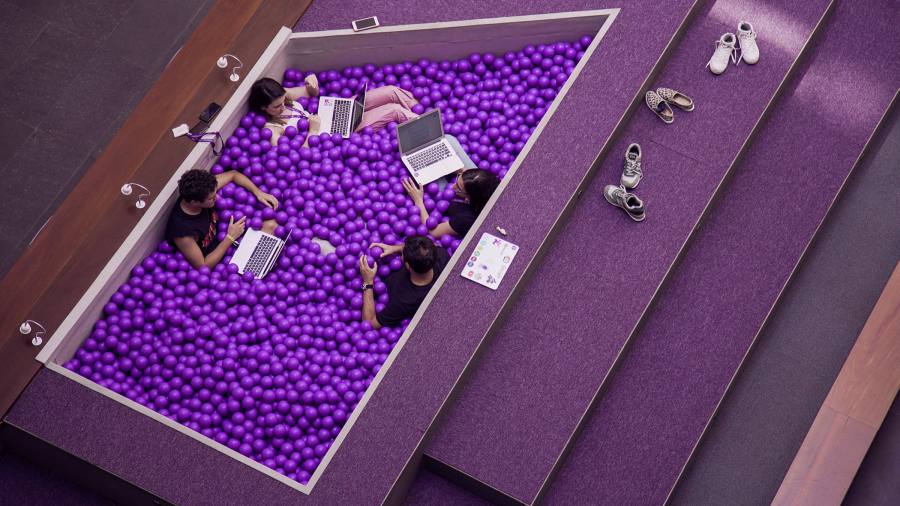 Nubank is targeting a valuation of more than $50bn in its proposed initial public offering in New York, as the lossmaking digital lender looks to join the ranks of Latin America’s biggest listed companies.

A regulatory filing on Monday revealed the Brazilian financial technology company is aiming to raise more than $3bn from stock market investors, potentially ranking as the third-largest US IPO of the year so far.

The target price range of $10 to $11 per share would give a market capitalisation of between $46bn and $50.6bn if achieved, higher than that of Brazil’s largest traditional lender, Itaú Unibanco.

The proposed transaction, first officially announced by Nubank last week, comes in a record-breaking year for new listings in the US, with more than 300 companies raising over $100bn in proceeds in the first three quarters.

Microchip company GlobalFoundries last week tapped investors for $2.6bn, the biggest deal since the ill-fated $4.4bn flotation of Chinese ride-hailing app Didi Chuxing in June, and several more are expected before the end of the year.

Founded in 2013, Nubank started out as an issuer of zero-fee credit cards managed by a smartphone app and has since moved into savings accounts, loans and insurance. With operations in Mexico and Colombia, the São Paulo-based group has 48m users in a region where many people have long been underserved by mainstream financial providers.

The company is one of a number of disruptive tech start-ups that are challenging a staid banking sector in Brazil, where a handful of established players have faced criticism for charging fees for basic services.

Backers include Warren Buffett’s Berkshire Hathaway, which invested $500m in a funding round earlier this year that valued the fintech at $30bn. Nubank has also attracted headlines with the appointment of the Brazilian pop star Anitta to its board.

Co-founder and chief executive David Vélez will own around a fifth of the company and control roughly 75 per cent of voting rights following the offering.

A successful float would represent another milestone for Brazil’s booming start-up scene. Nubank wants to join payment processor StoneCo and investment brokerage XP, which have both listed in the US in recent years.

While the preliminary prospectus submitted to the Securities and Exchange Commission showed Nubank’s revenues doubled to $1.06bn in the first nine months of 2021, its net losses widened to $99.1m in the same period compared to $64.4m a year earlier. The company recently said it turned a half-year profit in its homeland.

The bulk of Nubank’s income is from interchange fees charged to vendors when a client pays for a transaction and interest levied on credit card balances. But it is now diversifying into other areas such as investments.

Nu Holdings, the fintech’s Cayman Islands controlling entity which submitted the filing, intends to issue 289.2m class A ordinary shares, with an overallotment option of 43.4m units. The stock will be traded on the New York Stock Exchange, along with Brazilian depositary receipts on São Paulo’s B3 bourse each worth one-sixth of a share.

Morgan Stanley, Goldman Sachs, Citigroup are among the lead underwriters.