A few days ago the One UI 4 beta started rolling out to Galaxy Z Fold3 and Z Flip3 owners in South Korea, now units in the US are getting it as well. As usual, you need to be signed up for the beta program, which you can do through the Samsung Members app.

Note that only unlocked phones can join in (that was also the case in Korea), so if you have a carrier unit you may have to wait for the stable version. Which may be a good idea anyway, since beta software isn’t immune from issues. 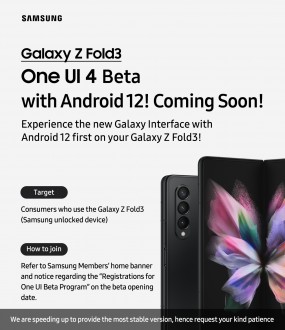 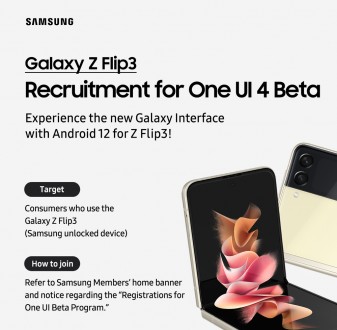 Speaking of, some Z Fold3 owners have already reported that the update breaks the 120 Hz mode for the external display, leaving it at 60 Hz all the time. Samsung is aware of the issue and is working on a fix.

You can watch these videos to learn more about One UI 4. As a reminder, the Galaxy S21 phones are also among the first Samsung phones to test the new Android 12-based software.