Back in October of 2018, Royole announced its FlexPai foldable smartphone and earned itself bragging rights by having the first foldable on the market and beating out the likes of Samsung and Huawei. Fast forward three years later and we seem to be in for a third installment in the FlexPai series. Evan Blass shared a detailed render of the FlexPai 3 detailing the phone’s design which we previously saw leak in a TENAA listing back in February.

How about this? (Royole F3) pic.twitter.com/Va0L5PuPkP

The upcoming foldable will stick to the outward fold design of its predecessors meaning no secondary screen here. It does have its peculiarities though with no secondary screen and we can also spot a pop-up selfie cam up top. The back does seem to have two cameras and an LED flash module tucked in a square housing. There’s also an identical-sized cutout on the opposite side which will allow the two back panels to close completely shut. 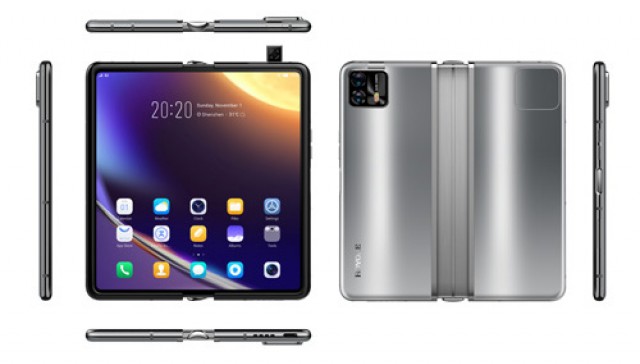 Based on the past TENAA listing, FlexPai 3 will boast a 7.2” unfolded screen, 3,360 mAh minimal battery charge, Android OS-based UI and 5G connectivity. This device’s listed dimensions come in at 147.1 x 138.8 x 7 mm. It also has a side-mounted fingerprint scanner and an off-centered USB-C port on the bottom.