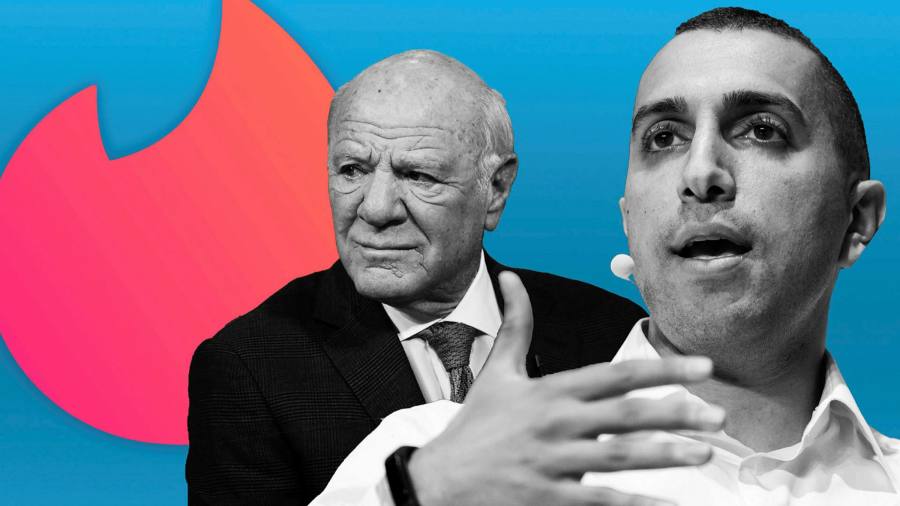 A legal fight in a New York state court this week over the multibillion-dollar fortune created by the hit dating app Tinder threatens to expose the inner-workings of Barry Diller’s sprawling media empire.

Tinder founders, including Sean Rad, three years ago sued IAC Corp and its online dating unit Match Group, alleging that the two companies controlled by the media mogul had cheated the entrepreneurs out of billions of dollars in a 2017 share acquisition that valued the Tinder business at $3bn. They are seeking more than $2bn in damages.

Rad has accused Match and IAC of intentionally lowballing that valuation just as Tinder’s popularity was exploding. The courtroom showdown comes as the enterprise value of Match Group has swelled to more than $45bn and years of wrangling between the combatants have failed to result in a settlement. The dispute highlights the tensions between founders and early-stage investors who can struggle to divide up ownership even as fortunes are built.

Diller made his name as a Hollywood executive at Paramount and Twentieth Century Fox. Around the turn of the century, he began to focus on building internet businesses through his IAC holding company. His trophy case would eventually include the likes of multi-billionaire dollar titans Expedia, TripAdvisor and Vimeo.

Rad, meanwhile, had conceived of a location-based smartphone matchmaking app “as a shy twenty-something, [who] struggled to make initial connections with women”, according to his court papers.

That shyness led him and Justin Mateen, his business partner, to Hatch Labs, a technology incubator run by IAC. Rad and his team would go on to develop the distinctive “swipe right” and “swipe left” feature that would become Tinder’s hallmark. By 2014, IAC granted Rad and his team a fifth of the business in the form of stock options that could be swapped into shares of the listed parent company.

The Tinder equity options came with four “scheduled puts” starting in 2017 when Rad and his colleagues would have windows to cash in their shares. As a part of the put process, Tinder was required to hire investment banks to value itself. Rad later accused IAC and Match, which had been separately listed in 2015, of corrupting the maiden valuation.

“In order to gut the Agreements and seize control of the valuation, Defendants installed their own executives at the highest levels of Tinder management . . . The reason for these management changes was clearly to allow defendants to control the valuation of Tinder and deprive Tinder optionholders of their right to participate in the company’s future success,” Rad wrote in his complaint.

After the 2017 valuation process conducted by Barclays and Deutsche Bank resulted in a $3bn mark on Tinder, Match immediately merged with it — a manoeuvre that cancelled the future scheduled puts. Rad went on to exercise the Match options that his Tinder options had swapped into. He then cashed out his proceeds for about $400m.

The trial, on one level, will centre on technical matters including projections, discount rates and earnings multiples. As one lawyer in the case said in a preliminary hearing, the fight was “a classic battle of experts”.

Rad’s lawyers have pointed out that Tinder’s 2018 revenue, for example, was nearly double the company’s $454m projection used in 2017. Moreover, internal calculations circulated among Match and IAC executives the year before the official valuation said the app could be worth $7bn to $12bn in the future. The presentation, however, qualified the figures as “inherently speculative”.

Recruiting decks given to star engineers benchmarked Tinder to the likes of Snapchat, Airbnb and Uber. Rad’s experts have valued Tinder as of 2017 at $13bn, a figure Match has dismissed as “not credible” because the number is $8bn greater than the publicly traded value of the entire Match group at the time. The judge has limited evidence of Tinder’s recent strong financial results to make the trial focus on what was knowable in 2017.

Maths aside, the bad blood between Rad and Greg Blatt, a longtime ally of Diller who replaced Rad as Tinder chief executive just before the 2017 scheduled put, is an undercurrent in the case. At the time, Rad said in a statement announcing the change that “Greg is absolutely the right person to continue to drive Tinder’s growth given his experience”.

But the public harmony was misleading. In April 2017, Rad wrote to one of his investment bankers, “Fuck [Blatt]. We’re at war. We will destroy him. This is going to be the biggest lesson of his life,” according to court papers.

Match and IAC have said in filings that Rad is suffering from “seller’s remorse”. They insist that Rad both had input into the valuation and had not voiced objections before converting his options into shares that he quickly sold. Rad maintains he sold immediately because, while he believed in Tinder, he was not enthusiastic of the broader Match Group.

Match and IAC wrote in their filings that “Rad had an exceedingly rocky tenure” and that he “lacked the organisational skills, judgment and maturity to deal with varied difficult business issues and his public profile was entirely inconsistent with the company’s brand and image”.

The culture of Tinder had been problematic for years. An early employee, Whitney Wolfe, had sued the company alleging mistreatment by Rad and Mateen. That litigation was settled with no admission of wrongdoing. Wolfe has gone on to become a billionaire as a co-founder of the dating app, Bumble.

Blatt is expected to be a top witness at the trial. His own conduct has become a focus of Rad’s case. Blatt joined IAC as general counsel in 2001 after being the top lawyer at Martha Stewart Living Omnimedia. In 2018, a Tinder executive, Rosette Pambakian, accused Blatt of unwanted sexual contact at the December 2016 Tinder holiday party held in Los Angeles. Match and IAC would clear Blatt, who claimed that the activity was consensual, of wrongdoing.

Rad, however, would accuse IAC of whitewashing the party incident in order to keep Blatt in his position as chief executive in 2017 so he could manipulate the Tinder valuation exercise. A New York judge earlier this summer ruled that Rad could not offer this theory at trial, believing it was tenuous and potentially prejudicial to a jury. Pambakian and Blatt are each litigating the allegations with each other in other jurisdictions. Blatt left IAC in 2017 after the valuation was complete.

Emails uncovered in discovery revealed Diller in 2017 sought advice about how to deal with the Blatt matter with both the superlawyer Marty Lipton and Jack Welch, the late General Electric chief executive. Diller is expected to be a highly anticipated witness in the trial.

Both sides agree that Tinder has emerged as one of the superstars of the mobile internet era. A recent Morgan Stanley report forecast more than $1bn in annual Tinder cash flow alone, putting the app’s value today at $42bn, or more than two-thirds of the value the bank placed on the entire Match Group.

Rad has admitted in court papers to over the years surreptitiously recording conversations with Tinder and IAC colleagues but denies IAC arguments the recordings were improper. On one tape Rad made after leaving Tinder, he says: “I’m good. I’m moving on. I’m going to go — I’m doing big shit. I have — I have big plans. I’m doing — doing other stuff, but, like . . . I can’t look at [the Match stock price] and be happy. Nothing. Every dollar it goes up makes me more sad and upset.”

The trial opens on Monday with jury selection.