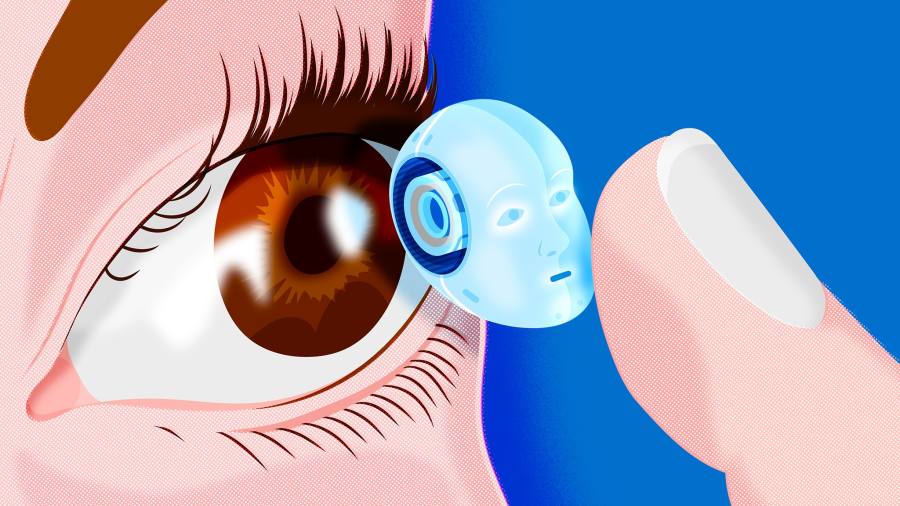 When I recently finished reading Ted Chiang’s 2019 sci-fi collection Exhalation, what lingered most about his futuristic short stories was how contemporary they felt. In a world where news reports about AI-powered robo‑carers and aggressive algorithms have become familiar, Chiang’s otherworldly tales have an uncanny relevance.

Things really hit home when I read a colleague’s description of the “metaverse”, a virtual reality proposed by large Silicon Valley tech companies such as Facebook and Microsoft, where we could carry out the day-to-day business of living via avatars.

My colleague wrote that if these companies built their own metaverse platforms, with proprietary headsets acting as gateways, the result could be “a collection of isolated worlds, forcing digital citizens to pick where they spend the bulk of their time”. This is the exact premise of “The Lifecycle of Software Objects”, one of Chiang’s stories.

In recent weeks, the term metaverse has entered the public discourse, with Facebook rebranding itself as Meta, aiming to be the first builder of a three-dimensional virtual world. That got me thinking about how real-world technological innovation is influenced by science fiction.

The term metaverse was coined in Snow Crash, a 1992 sci-fi novel by Neal Stephenson, where it refers to a shared virtual space inhabited by both humans and digital “daemons”. Although Stephenson has said he was just “making shit up”, technologists including the designer of Google Earth and Amazon’s Jeff Bezos have admitted to being inspired by the book.

It’s not just the metaverse. Research from the AI Narratives project at the Leverhulme Centre for the Future of Intelligence at Cambridge university has shown that a subset of western narratives has been disproportionately influential in the dystopian visions of AI across the English-speaking world.

“We get ideas about what AI should look like from Hollywood, that’s where the idea of the humanoid robot comes from,” says Kanta Dihal, the researcher behind AI Narratives. “We did a survey in the UK. If people are concerned about AI, they cite The Terminator.”

In sharp contrast, Japanese attitudes to AI are dramatically less dystopian because of the unique cultural history of robots in Japanese manga. Two of the country’s most famous animated series, Astro Boy and Doraemon, have been around since the 1960s and have deeply influenced people’s positive associations with AI.

Astro Boy is a little android with superhuman powers who coexists happily with humans, while Doraemon is a cute blue cat who happens to be a robot and who travels back in time to save a young boy. “Compared with The Terminator, this is such a different perspective on what AI could be,” Dihal tells me. “Having that different narrative history completely changes the way in which people think about tech.”

In China, meanwhile, sci-fi authors — who have recently experienced a surge in popularity — are treated as oracles who can help foresee cutting-edge technologies. One of these celebrated new writers is Chen Qiufan, whose short story “The Fish of Lijiang” (about a burnt-out office drone that visits a rural vacation town for a tech detox, only to discover that there is no way to unplug) propelled him to popularity both within and outside China.

Chen, who has worked in the marketing teams of Chinese search giant Baidu and Google, says the Chinese government has started promoting science fiction as a tool to popularise science and technology among its youth, an idea borrowed from the former Soviet Union.

“In recent years, China is undergoing a transition; we used to be a country with a lot of low-cost labour, old-fashioned manufacturing, but [now] the government is trying to catch up on chips and AI and material science and quantum computing,” Chen says. Science fiction has become a way to “educate the younger generation and ignite their passion” for these fields.

Chen collaborates with tech giants such as Tencent and Alibaba, as well as the Chinese space agency, because the conversations between scientists, engineers and writers have led to interesting collaborations in both directions.

But all the tech luminaries imitating art to build real life are forgetting one important thing. The point of sci-fi — like all fiction — is not to predict the future, but to teach us what it really means to be human in a changing world. And that’s a lesson today’s innovators are yet to learn.