After strong growth in the past year, tablet shipments have dwindled in the July-September period and are down 15% compared to Q3 2020. A total of 37.7 million tablets were shipped during Q3 2021 while a year ago the figure stood at 44.3 million units. Apple still dominates the market with 15.2 million shipments for the period and a 40.4% market share. Samsung is second with 7.2 million tablet shipments and a 19.1% market share while Lenovo sits at the number three spot with around 4.3 million shipments and an 11.3% share of the market.

Amazon (2.8 million) and Huawei (2.5 million) round out the top five charts though both companies experience significant reductions in market share on the yearly basis with Amazon losing 44.5 percentage points of its market hold while Huawei contracted by 50.9 percentage points. 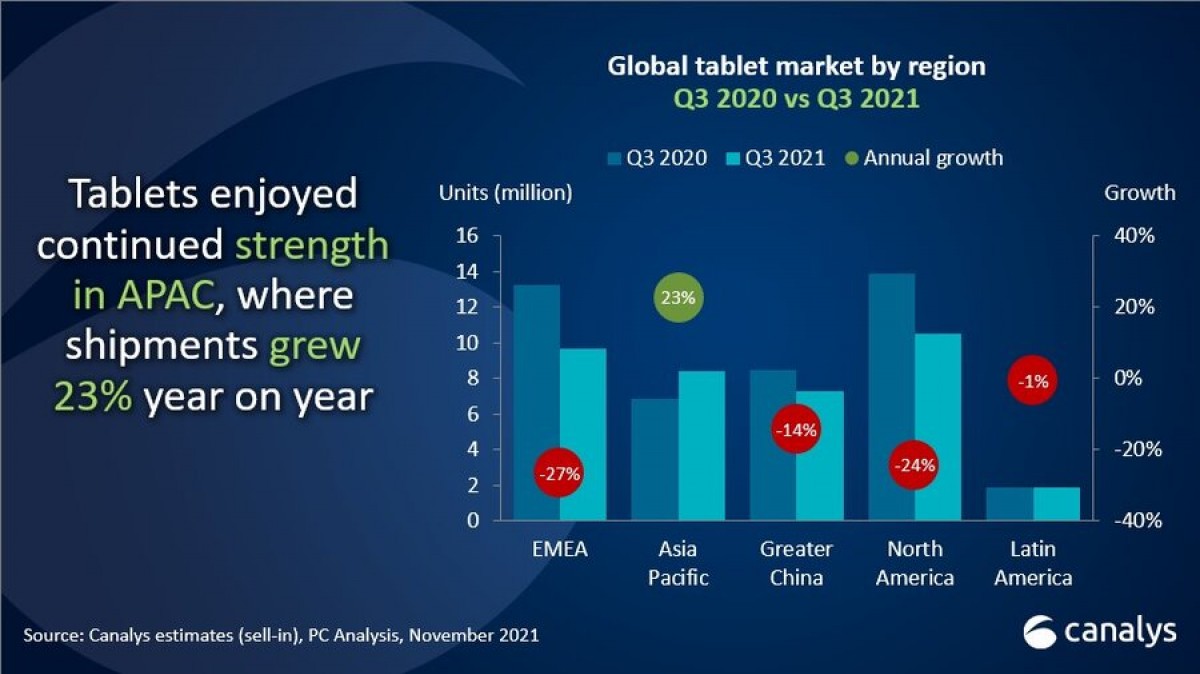 Looking at the per-region basis all major territories apart from Asia Pacific experienced declines in tablet shipments. APAC saw a 23% rise in shipments for the Q3 period while Europe stood on the other end with a 27% decline compared to this time last year. Despite the grim Q3 performance, Canalys expects underwhelming demand for tablets going forward in most regions apart from APAC.