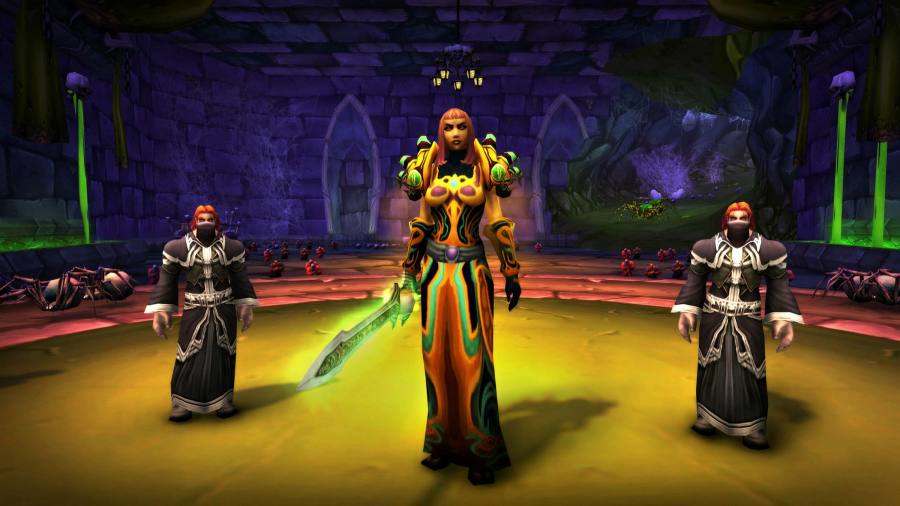 I have lived many lives in video games and saved countless worlds. Of the hundreds of characters I have become, none has felt closer to my heart than Ptolemy, the gnome mage I played for years in World of Warcraft, the game that transformed my unhappy teenage years into an epic voyage of magic, empowerment and friendship. Though today’s games are more compelling and artful, no other game has consumed me so completely since I left the land of Azeroth 12 years ago.

World of Warcraft (WoW) was a landmark in the genre given the unwieldy name of “massively multiplayer online role-playing games” or, only marginally less of a mouthful, MMORPGs. These are persistent online worlds in which players assume the role of a single character, developing their skills and experience by co-operating and competing with other players occupying the same virtual realm.

It’s hard to over-emphasise how revolutionary it felt at first. I was used to adventuring alone in fantasy worlds that disappeared when I turned off my console, but WoW’s virtual world was always on, always changing, and it heaved with other humans. Communities and societies bloomed overnight, some of them role-playing complex characters. For the first time, game worlds felt truly alive.

Yet WoW is now over 15 years old, and no other MMORPG has rivalled its success. This has led fans to question whether the genre has run out of juice. Still, this month players rushed in their droves to New World, a colonial-themed MMORPG from Amazon’s gaming wing. Are we on the cusp of a genre revival? Or is this its dying gasp?

The first commercial MMORPG which featured graphic art was Neverwinter Nights, hosting 50 players simultaneously when it launched in 1991 and growing to 500 by 1995. Ultima Online followed with an emphasis on building online communities before EverQuest introduced 3D graphics to become the genre’s first runaway success — it is still updated and played today, more than two decades later.

As computer hardware and internet speeds improved, new competitors appeared: RuneScape, the basic version of which was free to play; Guild Wars, with its emphasis on player-versus-player combat; EVE Online, a remarkable space opera which permitted radical player freedom. WoW hit like a comet in 2004, absorbing all the genre’s ideas and refining them into a polished package that combined serious lore and challenge with a cartoony graphical style and an emphasis on fun and community.

These success stories trundled along into the 2010s, adding new content to keep players engaged. But in recent years there has been a marked absence of exciting new projects. While other genres have evolved, MMORPGs have stagnated. They got bigger, but not better. One of the most popular recent releases is World of Warcraft Classic, which restores the game back to its unadorned first iteration: many players would rather go backwards than forwards. Sometimes I wonder: did the games change? Or did we?

Just because there hasn’t been another blockbuster, it doesn’t mean the genre is dead. If one game can claim to have assumed WoW’s mantle, it is 2013’s Final Fantasy XIV: A Realm Reborn, a game that was rebuilt after a failed 2010 launch and has since cultivated a dedicated community of 24m players, making the impressive claim to be the most profitable game in the Final Fantasy series. Meanwhile New World, with its 17th-century setting and focus on crafting, drummed up healthy viewing numbers on Twitch — though it has recently been shedding players. We are also beginning to witness the first MMORPGs born through crowdfunding, including the new release Crowfall and the upcoming Pantheon and Ashes of Creation.

Even if there’s never another WoW, MMORPGs will live on as niche interests with dedicated fanbases. In today’s online gaming space they must compete with titles that are more accessible, such as sandboxes Minecraft and Roblox, battle arenas League of Legends and Pokémon Unite or shooters like Fortnite and Destiny.

Ultimately, though, none of these competitors would be what they are without the inspiration of MMORPGs. They are the children of Warcraft. They mimic the economic model which uses subscriptions, microtransactions and regular content updates. They prioritise features that encourage communities to form. They construct compelling digital worlds that players can jump into any time. They all chase MMORPGs’ greatest gift, the total freedom offered in their virtual worlds — freedom to write your own story, whether that be to go dungeon crawling, make life-long friends, sell leather at auction houses, or simply go fishing in a quiet mountain stream.