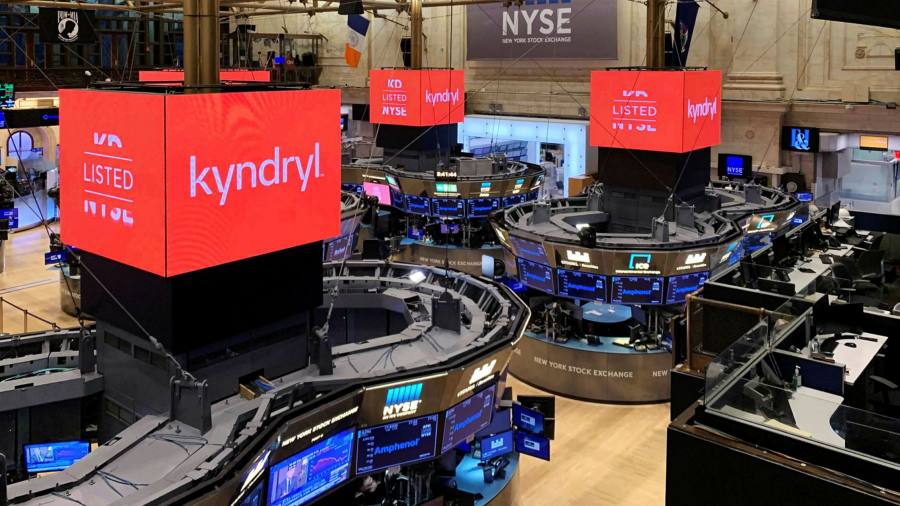 IBM has completed the spin-off of the IT services business that once brought it back from the edge of bankruptcy, in its most drastic move yet to end a decade-long contraction that has eroded confidence among Wall Street investors and customers.

Shares in the newly independent services business, renamed Kyndryl, are set to start trading on Wall Street on Thursday, carving out a business that generated more than a quarter of IBM’s $73.6bn revenue last year.

IBM’s IT services business was built by then-CEO Lou Gerstner after the company came close to financial disaster in the early 1990s. Gerstner, a former private equity executive, bet that building and maintaining, or in some cases running, IT systems for customers would generate extra revenue and boost sales of IBM products such as its mainframe computers.

However, the services division has waned in recent years as IBM’s customers have shifted more of their computing to the public clouds run by Amazon and Microsoft and an ageing portfolio of software products built for an earlier computing era has failed to support the company’s growth.

IBM is hoping that shedding Kyndryl, whose revenue is expected to fall by 6 per cent this year, will put a decade of contraction behind it. Big Blue’s revenue has fallen every year since 2011, except for one year when it grew less than 1 per cent. The spin-off will leave the company with about half the $107bn in annual sales it had at its peak in 2011.

“There are markets we put a lot of money in that didn’t work out,” Arvind Krishna, IBM’s chief executive officer, said of its contraction. Speaking in a recent interview with the Financial Times, he added that the company’s problem “wasn’t a lack of investment”. “It’s execution.”

The retreat included failed bets on some of the biggest new markets in IT. Chief among them was cloud computing, where the acquisition of a small cloud business eight years brought IBM an operation that was unable to serve the needs of the large corporations and governments that are its core customers.

Trying to channel customers into using IBM’s small in-house cloud division, at a time when the market was swinging to bigger cloud players, was one reason why IBM’s giant IT services business found itself trapped in a shrinking market, said Martin Schroeter, the former IBM chief financial officer who is now CEO of Kyndryl.

Cutting the services business free of IBM would enable it to forge partnerships with the leading cloud companies and give it a new shot at markets that are growing, he added. Kyndryl hoped to “stabilise” its business by 2025, ending its revenue contraction and positioning it to start growing again, Schroeter said.

Meanwhile, Krishna is betting that a simplified structure, along with better execution, will finally put the remaining IBM business back on a sustainable growth path. The changes since he took over as chief executive last year have included stripping IBM’s investments back to a smaller number of priorities, such as artificial intelligence and security, and bringing in new remuneration arrangements for the company’s sales force to promote purchases of its newer software products.

The declining relevance of IBM’s portfolio of technologies has removed it from the central place it once enjoyed among IT buyers, who were long said to operate on the principle that “you never get fired for buying IBM”. A recent survey of buying intentions by corporate chief investments officers showed that they were planning to direct an even lower share of their IT spending to IBM across its different businesses, according to a note from Katy Huberty, an analyst at Morgan Stanley.

A decade ago, Wall Street valued IBM and Microsoft at just over $200bn each. Since then, IBM’s value has slipped by nearly half, while Microsoft earlier this week overtook Apple to become the world’s most valuable public company, at more than $2.5tr.

Microsoft’s huge swing in fortunes showed how the software company had taken over the central role in IT once held by IBM, said David Thacker, a former Google cloud executive and now a venture capitalist at Greylock. He said the mantra among IT buyers these days was: “You don’t get fired for buying from Microsoft.”