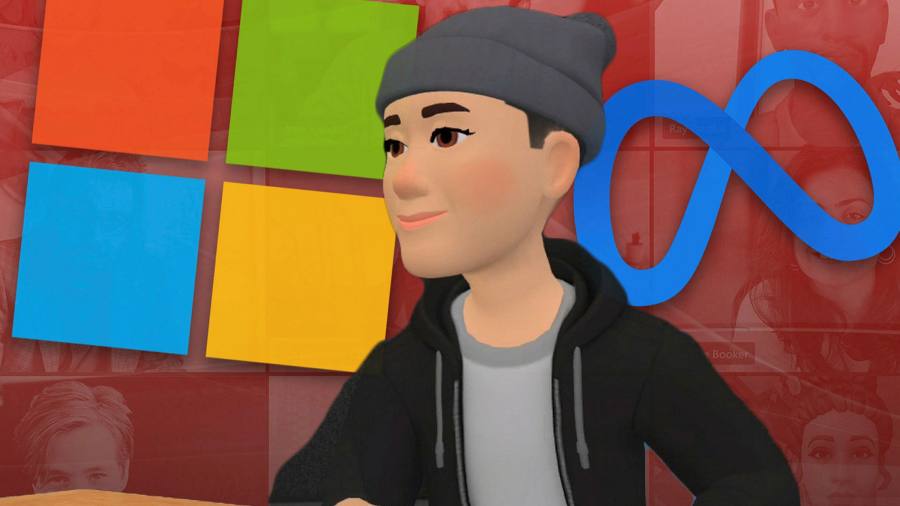 Metaverse and the mind

Will the metaverse really be good for our wellbeing? Ask any office worker how they have communicated at work during the past two years and they will reel off a list of tools: Zoom, Slack, Google Chat, Teams, WhatsApp, email . . . Need I go on?

All of these are meant to make working life more efficient, but the reality is our attention is more divided than ever before.

Now we’re returning to the office, we’re at risk of what occupational psychologist Christine Grant calls a “hybrid hangover”, feeling mentally exhausted from switching back and forth between remote working and being in the office and the practicalities that come with both. And that’s before you add in a third dimension that is the metaverse.

“One of the downsides of the virtual conference facilities available at the moment is that it’s a very flat, very formal environment,” she said. “I’m excited to see what this will bring — it could be quite fun. Will this allow us to bump into people and have those water cooler moments we’ve been trying to get back for the last 18 months?”

Avatars could even help neurodiverse workers find interacting easier, Grant said. But she also had these reservations:

Perhaps the biggest concern is that this will amplify the culture of being always available. “This type of working allows 24/7 access, so boundaries are going to be more of an issue,” Grant said.

The amount of time people spend working outside their working hours has been growing for decades. In 2010-11, 20 per cent of employees in the US worked more than half their hours outside of the standard hours of 6am to 6pm, or on weekends. A vast survey of workers across the EU in 2015 also found that about half worked at least one Saturday a month. The average worker already sends and receives 126 business emails a day.

The metaverse, which hopes to encourage interaction by replicating the office experience anywhere, could simply keep us tied to our desks for longer.

The Internet of (Six) Things

1. Can a venture capital firm copy Blackstone’s success?
Sequoia Capital became one of the most successful venture capital companies in Silicon Valley with early bets on Apple, Google and WhatsApp. Now, it is attempting to borrow Wall Street’s playbook to grow even bigger.

2. IBM sheds 25% of its business in battle against decline
IBM has completed the spin-off of the IT services business that once brought it back from the edge of bankruptcy, in its most drastic move yet to end a decade of decline.

3. You will soon be able to buy NFTs of South Korea’s favourite boy band
The music label behind K-pop superstars BTS has said it plans to partner with South Korea’s biggest crypto exchange operator to sell non-fungible tokens related to the boy band and generate a new revenue stream. BTS is not the first band to be associated with NFTs though. Jay Z’s NFT commemorating the 25th anniversary of his debut album sold for $138,600 in September.

4. Israeli spyware firm NSO Group is on a trade blacklist
The US has added the Israeli military spyware company that created software traced to the phones of journalists and human rights activists to a trade blacklist.

Now, he’s creating an online marketplace called Futures Factory to sell more — and prices like these, for a fashion item no one can wear in real life, are not uncommon.

He is part of a wave of European entrepreneurs getting into the craze for NFTs — digital files created using blockchain computer code that give people ownership rights over digital assets. But what’s next for the sector?

Elsewhere in European start-ups this week, aerospace company Airbus announced it was planning to build three unicorn-scale start-ups a year, spinning out some of the non-core technologies developed in its research and development labs and turning them into independent, VC-backed businesses.

Sifted also look at how Klarna’s €930m acquisition of Pricerunner is a step towards the fintech becoming a “Google for shopping”. Finally, Sifted took a peek at the pitch deck that Baseimmune used to win $4.8m for its vaccine algorithm.

It’s only the first week of November and the Christmas gadget gift guides are already out in full force. Dad, if you’re reading this I’d like the Urbanista Los Angeles headphones, a Lumie bodyclock lamp, or if you’re feeling particularly generous an Ooni pizza oven.