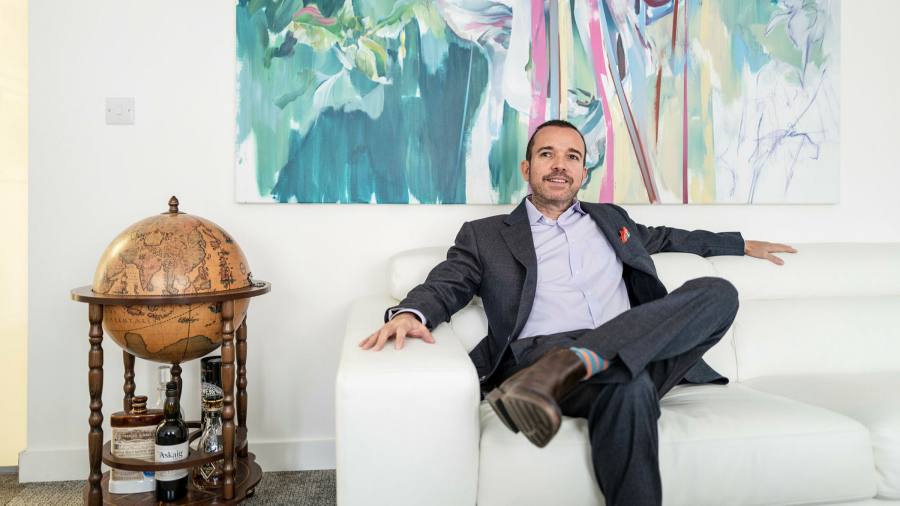 A few weeks after Antonio Mugica’s voting technology company was accused on national US television of helping to rig the 2020 presidential election, the package arrived.

The box, sent to Smartmatic’s Los Angeles office, looked innocuous enough. Inside, however, were pictures of mutilated bodies and a note. “This will be you next,” was the message.

Death threats online against Smartmatic executives had been issued by the dozen after supporters of Donald Trump took to the airwaves to claim the company’s technology had been used to fiddle the results in favour of Joe Biden. Yet the parcel was especially sinister.

Mugica had had enough, and in December resolved to sue. In February, the company filed a lawsuit against Fox News, several of the network’s high-profile presenters, and two of the former president’s lawyers for defamation over the allegations.

Smartmatic is seeking more than $2.7bn in damages, its estimate of the enterprise value it has lost from the damage to its reputation as a result of what it calls a “disinformation campaign”. Another voting company that was the subject of similar allegations, Dominion, is also taking legal action.

Executives facing more typical corporate leadership challenges — a hostile takeover, a turnround job, a succession dilemma — can always tap more experienced colleagues for advice, or draw on past case studies. The crisis Mugica had to deal with was not on the list. “There is no playbook for the president of the United States, through his allies, accusing you of the biggest crime in history,” he says. “It was overwhelming, of course.”

Mugica was in London when he learnt about the initial allegations against his company in a text message from a communications adviser. He thought them so outlandish, no one would believe it. “I was totally wrong, obviously.”

Election officials around the world were rattled by the claims that Smartmatic was involved in a massive election fraud. “We were getting calls from every one of our customers, everyone one of our prospects. ‘Hey guys: what is this? Is this true? Are you going to do something?’”

Co-founded by Mugica in 2000 as a cyber security company, Smartmatic was originally set up to sell software to banks, but had limited success in the sector. Mugica and his colleagues were in Boca Raton, Florida, during the Bush-Gore election in 2000, when disputes over half-punched “hanging chads” led to a protracted recount. The notorious episode inspired them to rework their technology for elections, developing a system to register and count votes.

The company, whose technology was first used in a 2004 election in Mugica’s native Venezuela, has since processed more than 5bn votes in local, state and national elections in 30 countries.

Mugica has been accused of concocting results before, but until last year such claims had been made only in unstable democracies. “If this happens in a little country . . . the rest of the world doesn’t hear about it. When this happens in the United States, every corner of the world is aware. And it affects our entire operation globally.”

“Our business is based on trust,” Mugica says from Smartmatic’s London headquarters overlooking Baker Street. “A bank is a perfect example: it’s, ‘look, we don’t care if that’s true or not. We just don’t want the noise’.”

“There was a point where we could have disappeared, from banks wanting to close our accounts to employees trying to leave to customers saying, ‘I cannot work with you any more’.”

In dealing with the crisis, Mugica says he devoted “100 per cent” of his attention to it, working 18-hour days, including every weekend, between the election and the end of March. He paid particularly close personal attention to the lawsuit itself, reading the 285-page document about 20 times and making edits line-by-line.

The approach is typical of Mugica. “I’m more of a war CEO,” he says. “I’m a better CEO when we have difficult things to do and there’s no time. When everything is just running smoothly. that’s not when I do good.” Still, he says: “I don’t necessarily mean fighting one of the biggest media empires in the world”, adding that no part of him has relished the fight against Rupert Murdoch’s Fox Corporation, which has about 9,000 employees and produced a net income of $2.2bn in the year to the end of June.

As well as Fox itself, three of its stars — Maria Bartiromo, Jeanine Pirro and Lou Dobbs, whose show was cancelled earlier this year — are named as defendants in the lawsuit, as well as Trump-supporting attorneys Rudy Giuliani and Sidney Powell. His opponents have formidable resources at their disposal, yet Mugica says he is used to being an underdog.

In addition to Smartmatic, he also runs two start-ups: an air quality business, Airlabs, and an electronic identity company, Folio. He says start-up life “is one of the most difficult lives you can choose”.

Who is your leadership hero?

“As I was starting my company, my two role models were always [Bill] Gates and [Steve] Jobs. Those were the two guys I looked up to and read about what they were doing, how they did it. I still consider them to this day to be my business heroes. [Elon] Musk, [Mark] Zuckerberg, [Jeff] Bezos: these guys have done things that are incredible. You might not like their companies or think they have too much power or whatever, but the truth is they got to where they are, and that’s not easy.”

What would you be doing if you have not become a founder?

A writer. If you’d asked me 10, 15 years ago, I would have said fiction and philosophy. And political thought.

What was your first leadership lesson?

One of the earliest things that I realised was to get people to follow you and to do their best, you have to be authentic and convince them that they’re capable of doing it. I tended to believe in people more than they believed in themselves. When you do believe in them, and you show them that they can do it, then they do it.

Mugica wishes he had taken the legal action sooner, but the allegations were “so unexpected”, not least because in the 2020 election the company’s voting technology was only used in Los Angeles county. Some of Trump’s allies suggested that it was used much more widely, including in crucial swing states. “Those first five days I lost, thinking ‘no one is going to believe this’. I regret that.”

“I guess if we had been more plugged into the entire election, we would have been better prepared. But I have to admit it never crossed my mind that something like this could happen in the United States.” He has been told not to expect the legal dispute to conclude for about three years.

Voting technology contracts are up for grabs with next year’s midterm elections in the US, but Mugica doubts his company will win any mandates in the country.

Even in jurisdictions where officials do not believe the claims, “putting [in] our technology could create doubts in the population. So it is a liability for them [election officials]. Even if they don’t believe it’s true [the vote rigging allegations], they cannot choose us.”

The episode has eroded faith in voting technology of all types, not just the Smartmatic brand, he adds. “There are countries that were planning to bring in tech saying, ‘We are going to delay for five years because of what just happened’.”

Since the lawsuit, the allegations have for the most part stopped, at least in mainstream media. “The good news is even at the reduced level [of growth], we’re still a successful and viable company. We won’t disappear, and we’ll keep getting stronger. But we’re not as strong as we would have been.”

Having been at the sharp end of disinformation, Mugica warns of the risks to businesses in other sectors being caught up in bitter culture war debates on subjects from vaccines to climate change. “We as a society are going to have to find a way to reduce and manage it.”

The nature of the allegations has also tested him as a father of two children, not just a business leader. “I was very open with my kids from the get-go: they were going to see and listen to it.”

Mugica has not set foot in the US since March. “One of the decisions I made was to spend as little time [there] as possible. You can never control the ‘loony tuney’ with an AR-15”. He still receives death threats, although they now come at the rate of one every few weeks, not every day, as was the case at the peak of the crisis.

Whether you’re the boss, the deputy or on your way up, we’re shaking up the way the world works. This is the podcast about doing work differently.

Join host Isabel Berwick every Wednesday for expert analysis and water cooler chat about ahead-of-the-curve workplace trends, the big ideas shaping work today — and the old habits we need to leave behind.