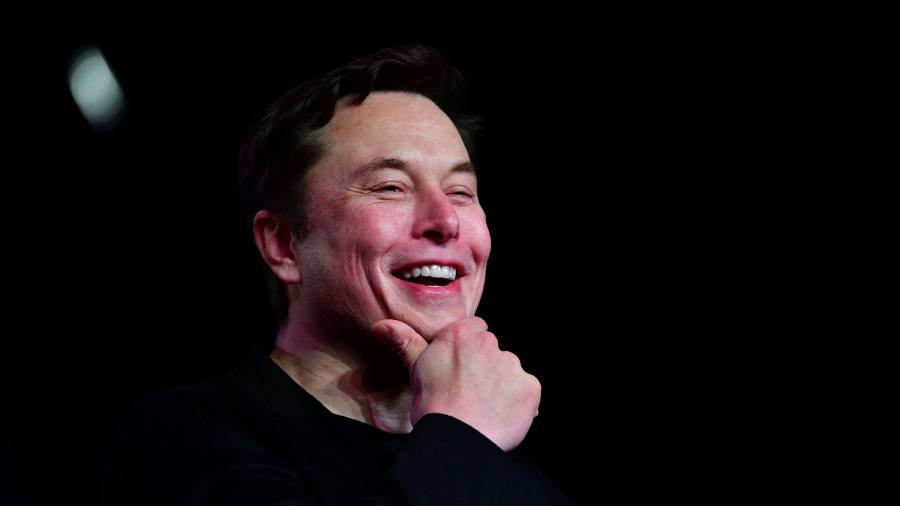 Elon Musk is a fan of Twitter. The Tesla chief executive and “founder” seems to use the rage-as-a-service platform as an informal media relations department: updating customers on the development its Autopilot feature, cracking hilarious jokes with fans, and perhaps violating the terms of his 2018 settlement with the SEC.

On that note, here’s a choice tweet from Elon which you might have heard about over the weekend:

Much is made lately of unrealized gains being a means of tax avoidance, so I propose selling 10% of my Tesla stock.

Do you support this?

The winner, with 57.9 per cent, is “Yes”. Suggesting Elon is set to dump circa 17m shares, some $21bn of stock, in the coming days, weeks or months. Simply because Twitter said he should. Well, that’s the line anyway.

But as CNBC’s Robert Frank and Lora Kolodny pointed out on Sunday evening, Elon was always going to sell shares as he had a mega tax liability incoming.

From their excellent piece:

Musk was awarded options in 2012 as part of a compensation plan. Because he doesn’t take a salary or cash bonus, his wealth comes from stock awards and the gains in Tesla’s share price. The 2012 award was for 22.8 million shares at a strike price of $6.24 per share. Tesla shares closed at $1,222.09 on Friday, meaning his gain on the shares totals just under $28 billion . . .

. . . The options expire in August of next year. Yet in order to exercise them, Musk has to pay the income tax on the gain. Since the options are taxed as an employee benefit or compensation, they will be taxed at top ordinary-income levels, or 37% plus the 3.8% net investment tax. He will also have to pay the 13.3% top tax rate in California since the options were granted and mostly earned while he was a California tax resident.

Combined, the state and federal tax rate will be 54.1%. So the total tax bill on his options, at the current price, would be $15 billion.

In fact, Elon said as much in an interview with Silicon Valley frenemy Kara Swisher back in September. Here’s the key line (around 39 minutes):

Just before my stock options expire I’m forced to exercise, and the top marginal tax rate is 53 per cent. I have a bunch of options that are expiring early next year, so a huge block of options will sell in Q4 because I have to or they expire.

So was Elon’s tweet just a smokescreen for an inevitable stock sale? If so the media doesn’t seem to have been able to see through the Musk miasma. Google “Tesla” and you’ll find hundreds of articles repeating the line that Elon is going to sell shares because Twitter told him to. Which is probably a lot more manageable a story for shareholders than the sudden appearance of a SEC Form 4 on its website detailing the sales. The early trading suggests as much, with Tesla’s shares only off 5.4 per cent in pre-market, to $1,157.

But then again, does it matter? For one, Elon isn’t exactly known for keeping promises. He could, for instance, hold on to his stock and instead use the scrip as collateral for a loan. According to Tesla’s proxy statement from August, he had 88m shares — over $100bn worth — already pledged as collateral “to secure certain personal indebtedness”. Given the share price has almost doubled since then, surely his bankers would be okay extending Elon further credit to meet the tax liability?

Other questions linger. Was this market moving tweet approved by the SEC mandated “Twitter sitter” that is meant to oversee his communications related to Tesla? What does it say about the state of markets that a tweet with arguably no new information moves the market capitalisation of a company some $60bn? And, in perhaps a wider point, should major shareholders of the world’s largest companies conduct polls about stock sales on a website that is rife with bots, fake accounts and other chicanery? Particularly when the poll in question didn’t even include a “see results” option.

If FT Alphaville is to hazard a guess, we think the answers might become clear in the coming days. But, dare we suggest, not out of Elon’s own volition.