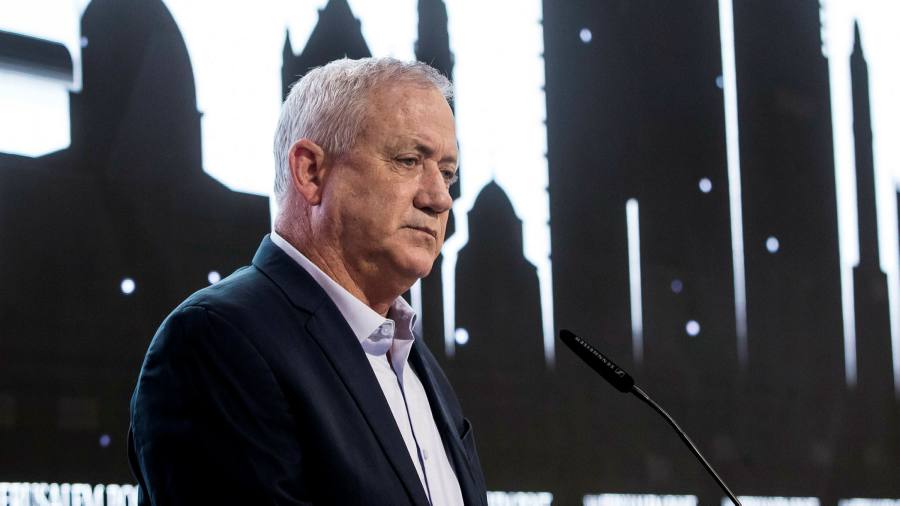 Phones belonging to at least six human rights activists, including a French and US citizen, working in the occupied West Bank were infected by military-grade spyware made by Israel’s NSO Group, a rights group has said.

The hacks were discovered on October 16, according to Front Line Defenders, a Dublin-based rights group that had helped train one of the organisations in digital security. The University of Toronto’s Citizen Lab, which monitors the use of Pegasus software globally, also confirmed the hacks.

This is the first known instance that the software has been found on the phones of Palestinian activists. The spyware, which has been traced to the phones of dozens of journalists and civil society activists around the world, mirrors a phone’s encrypted messages and turns it into a surveillance device by switching on the microphones and camera.

Three of the rights activists whose phones were hacked worked for groups that received at least some funding from the EU, or EU states. The other three activists declined to be publicly identified.

Three days after the hacks were discovered by security researchers, but before they were widely known, Israeli defence minister Benny Gantz, who regulates both the NSO Group and administers the occupied West Bank, designated six EU-backed human rights groups as terrorists for supporting the Popular Front for the Liberation of Palestine.

The PFLP is a secular, leftwing Palestinian faction with a military wing. The entire group has been designated as terrorists by the US, the EU and Israel. All six rights groups deny any links to the PFLP, and the EU, the UN and the US voiced surprise at the designation and asked for Israel to provide more evidence.

Ubai al-Aboudi, director of the Ramallah-based Bisan Center for Research and Development, whose phone was among those hacked, said the timing of the designation raised serious concerns.

“I think that it’s very suspicious that just days after [a small group of people] found out that Pegasus was being used against Palestinian human rights defenders, we were suddenly declared to be terrorists,” he said. “This [spyware] is supposed to be only used against terrorists, and suddenly the Israeli government declares us to be terrorists. This is putting the wagon in front of the horse.”

Since Gantz’s designation, the Israeli ministry of foreign affairs has shared a 73-page dossier with European diplomats summarising an investigation into the civil society groups. Irish foreign minister Simon Coveney told Israeli media he was not convinced by the evidence.

The EU said that previous Israeli “allegations of the misuse of EU funds in relation to certain Palestinian civil society organisation partners have not been substantiated”.

The dossier, seen by the Financial Times, refers to testimony from two workers fired from a different organisation for financial misconduct. The Israeli defence ministry and a spokesman for Gantz did not reply for requests for comment on the alleged hacking.

NSO said: “Due to contractual and national security considerations, we cannot confirm or deny the identity of our government customers.” It added that the software was only authorised for the use of defending “the public from serious crime and terror”.

NSO officials have said repeatedly that its technology cannot be used to hack Israeli phone numbers without permission from the Israeli government. Israel also has substantial control over how phones operate under the Palestinian country code, limiting data to 3G in the West Bank and 2G in the Gaza Strip.

Al-Aboudi voiced concern that his phone had been tampered with to make him appear guilty. “A program that is so intrusive, it can also be used to create false evidence,” said al-Aboudi. Aboudi is a US citizen, and said his conversations with US diplomats, could have been compromised.

Ron Deibert, director of Citizen Lab, said Aboudi’s fears were well-founded. “When a device is commandeered, you cannot exclude the possibility that falsely incriminating evidence has been planted on it,” he said. “You have total control over that device — you can do whatever you want with it.”

The Israeli government took further steps on Sunday that will allow the Israeli army to shut down the rights groups, arrest their workers and detain them without charge.

The Israeli military, which has authority over the West Bank, said it had added five of the six groups — one had already been banned — to its own blacklist. It said it acted after it was “presented with copious, varied and reliable information that indicates that these organisations represented a wing of the Popular Front for the Liberation of Palestine terror group”.