Realme’s GT Neo2 already debuted in China and India and we got a confirmation it’s coming to European markets as well. And now we get a specific date to look forward to.

According to Sudhanshu Ambhore, the handset is set to launch on November 15 and the leakster has an official-looking poster to back up his claim. He also published two screenshots taken from Realme’s European website with pricing, colors and memory variants. 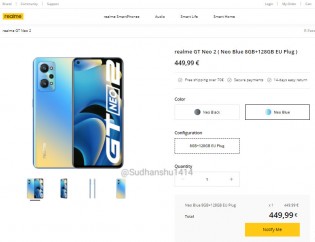 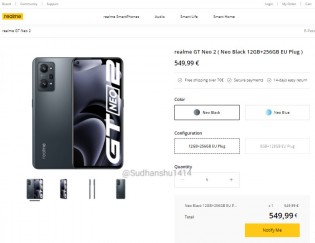