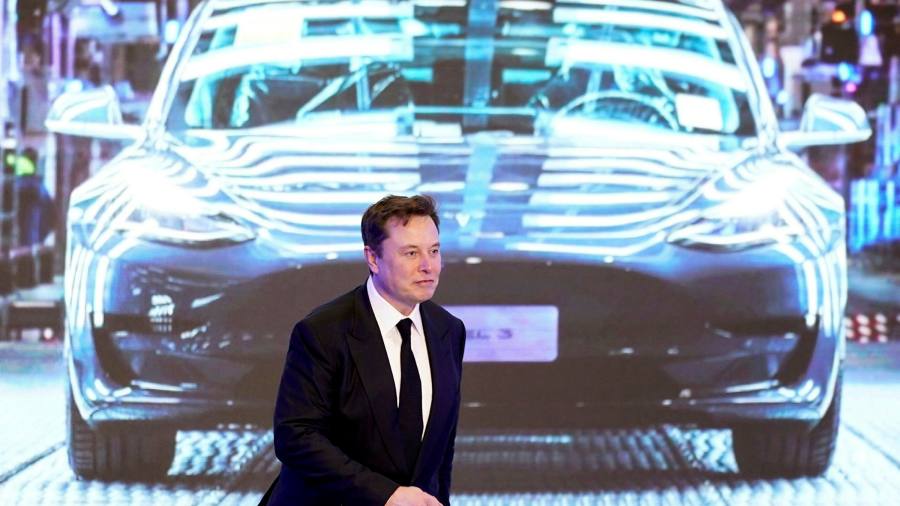 When Tesla, a decade ago, granted Elon Musk a package of stock options tied to the value of the nascent electric carmaker, its market capitalisation was a measly $3.2bn. Tesla’s value has appreciated so much— almost 400 times to $1.2tn — that his pending federal and California tax bills triggered by those options could amount to $15bn.

No wonder Musk asked for advice. He polled his tens of millions of Twitter followers if he should sell a tenth of his holdings to pay his taxes. They said sell. Though that tax bill equates to less than a day’s trading in Tesla, markets still fear the selling pressure. His tax situation follows on from national debates on whether the super-rich should pay levies on their growing stock market fortunes.

He has plenty to sell. The 2012 stock award for Musk offered him 5 per cent of the company’s shares if a series of thresholds were met. Almost every one of the criteria were met. The exercise price on the 2012 option package is just $6.24. In 2018, Tesla granted Musk the chance to earn another 12 per cent of the carmaker based on new operating and valuation thresholds. The strike price on those options was $70. Today’s shares now trade around $1,200.

Some worried that Musk simply used social media as a cover for timely profit-taking. Tesla shares have soared nearly 70 per cent this year. But the chief executive himself recently acknowledged that he would need to sell shares earned from the 2012 grant, before the options expired in 2022, to pay any taxes owed.

California in the first quarter of 2021 generated nearly $60bn in tax revenue. That figure was nearly a quarter higher than in 2019, as the state benefited from rising tech stock valuations. Musk could pay $3bn in state taxes as well as $12bn in federal taxes. Shares he directly owns, not including the options, are worth roughly $200bn making him easily the richest man in the world. Affordability is not the issue.

That does not mean he will dig into his pocket soon. Notably, more than half his shares have also been pledged as collateral for personal loans, a way for the super-rich to avoid the tax payments from liquidating shares. Yet the thought that Musk might even pay a modest amount of his huge bill would provide a small victory for those alarmed by America’s wealth polarisation.