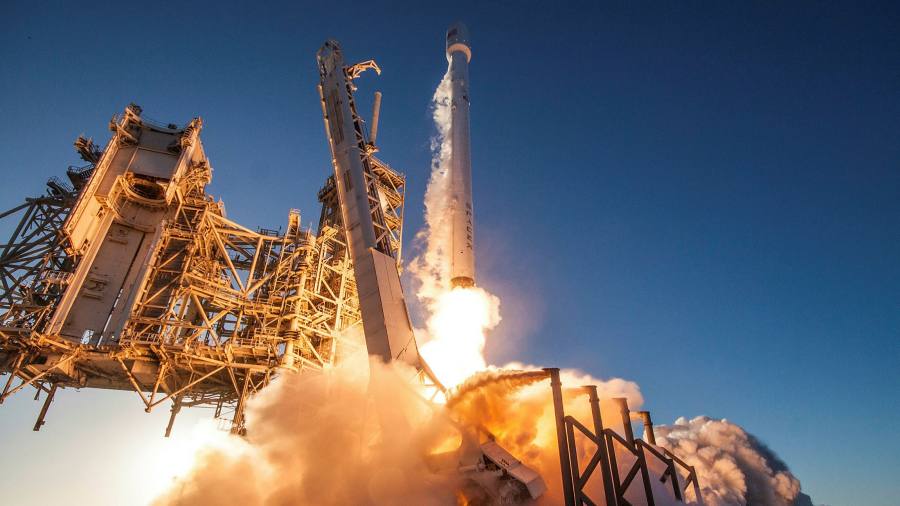 The California-based satellite company Viasat is taking over Britain’s Inmarsat to create one of the world’s biggest space-based broadband providers, in a cash and share deal that values the business at $7.3bn including debt.

The deal, which will result in Inmarsat’s private equity owners holding 37.5 per cent of the combined group, is expected to trigger more merger activity in the highly fragmented satellite industry.

It also comes as investors push up valuations for space-based companies, attracted by falling launch costs and the potential to deliver a range of mobility and data services from cheaper satellites, many at lower earth orbits.

Operators of satellites at higher geostationary orbits, however, have suffered from the decline of the legacy broadcast business and are facing a huge capacity glut. A geostationary satellite is about the size of a London bus and sits about 20,000 miles above the earth.

There are about 55 satellite companies making it a hugely competitive market in which Elon Musk’s Starlink and Amazon’s Project Kuiper, and other new players have added further capacity.

Viasat has about a 13 per cent share of satellite industry revenue compared with Inmarsat’s 7 per cent, according to one internal industry document seen by the Financial Times.

Inmarsat has long been seen as a key chip in the consolidation of the sector with rivals EchoStar and Eutelsat having looked at a deal in the past. However, Inmarsat was sold to a consortium led by Apax and Warburg Pincus for $6bn in 2020.

Many in the industry have long argued for consolidation as a means to help cut the substantial capital costs required to build and launch satellite constellations. But deals have been hindered by political concerns and business rivalry.

With the most obvious target now out of the game, other players such as Eutelsat and SES, the Luxembourg satellite company, Canada’s Telesat and Charlie Ergen’s EchoStar could be forced to come together to compete.

The appointment of Rajeev Suri, the former Nokia boss who consolidated the telecoms equipment market, as chief executive of Inmarsat earlier this year was seen as a move by the company’s owners to either sell the group or move on a rival.

Suri told the Financial Times: “It became clear this was a fragmented market and there was an opportunity to create a winning player with complementary assets, complementary regions. Viasat will get true global reach. We bring powerful additions like a global reach.”

Mark Dankberg, executive chair of Viasat, said “We think it enhances Viasat’s financial strength. This will be a lot more diverse company and will have a more diverse revenue base.” He said consolidation and moves such as Drahi’s bid for Eutelsat “highlighted the value in satellites”.