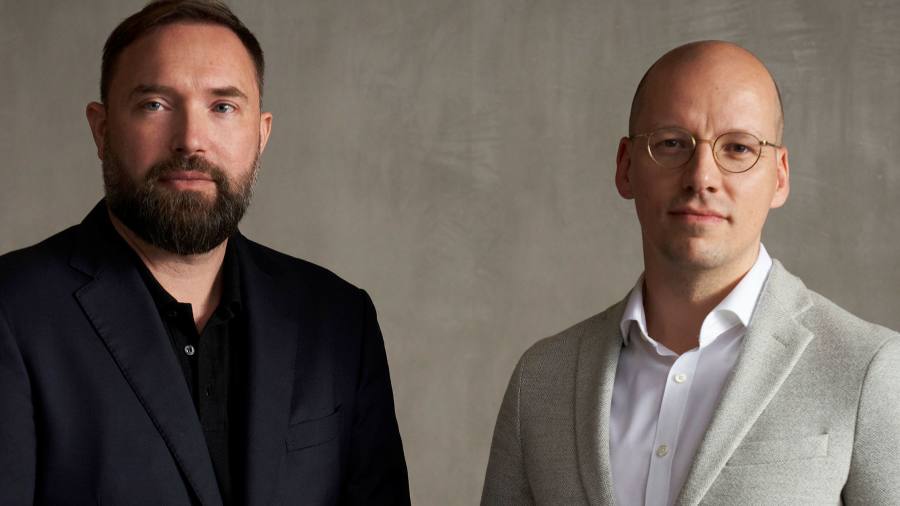 A year after launching a €1bn fund to boost European tech, Spotify’s co-founder Daniel Ek has made his first investment in Helsing, a defence tech start-up that produces live maps of battlefields.

The start-up, which was founded this year and plans to have offices in Germany, Britain and France, received €100m from Ek’s Prima Materia fund, at a valuation just over €400m. Ek said he had founded Prima Materia in September 2020 to “identify society’s most difficult problems”.

The software developed by Helsing will use artificial intelligence to integrate data from infrared, video, sonar and radio frequencies, gleaned from sensors on military vehicles, to create a real-time picture of battlefields.

“When it comes to building globally relevant tech companies, it’s no secret that Europe has underperformed regions like the US and China,” said Ek.

But he added that Helsing was a “perfect example” of how Europe had a “tremendous opportunity” to lead in new areas, such as building dynamic AI systems “in an ethical, transparent and responsible manner”.

Reil said Europe had been lagging “behind the world” in AI warfare capabilities, and Helsing’s goal was to provide state of the art defence and national security AI capabilities to liberal democracies that have “shared values” around the rule of law and public accountability.

“It’s not even about any particular countries,” he said. “We need AI to serve our democracies . . . We’ve overall been lagging behind . . . And that has to change.”

Helsing, whose name derives from the German word hellsicht, or clairvoyance, plans to concentrate initially on selling direct to British, French and German militaries.

Gundbert Scherf, Helsing’s chief operational officer, previously worked in the digital directorate at the German ministry of defence. He emphasised that, while the start-up would focus initially on supplying individual countries, there would be potential in future to link systems together to provide a “common operational picture and technology platform” for use in allied operations.

Other tech start-ups are working on similar systems: for instance, UK-based Improbable is developing a “live geospatial dashboard” for use by the armed forces.

Last month, Airbus announced that it was working with Helsing, saying that it would jointly develop AI capabilities for “manned and unmanned platforms and systems of systems in Airbus’s product portfolio” supported by the German MoD.

Western allies are increasingly concerned that their conventional military superiority will be eclipsed as China embraces newer combat technologies.

Eric Schmidt, the former Google chief executive who chairs the US’s National Security Commission on AI, warned this year that while America was “unprepared” for the migration to digital warfare, Beijing was already training AI algorithms “in military games designed around real-world scenarios”.

Last month, Nicolas Chaillan, who was the Pentagon’s first chief software officer, told the Financial Times that he had resigned from his post after concluding that the US had already lost out to China in the competition over AI.

Spurred by China’s advances, the Nato military alliance launched an accelerator programme and €1bn investment fund this summer that will focus on deeptech start-ups in AI, autonomy and quantum technologies. The Nato initiative, which will be similar in structure to the CIA’s venture capital arm In-Q-Tel, is expected to be operational in 2023.

Scherf said that the Helsing team had “observed very carefully” the recent publication of Nato’s AI strategy, and would seek to “engage with all key players” in the accelerator scheme.