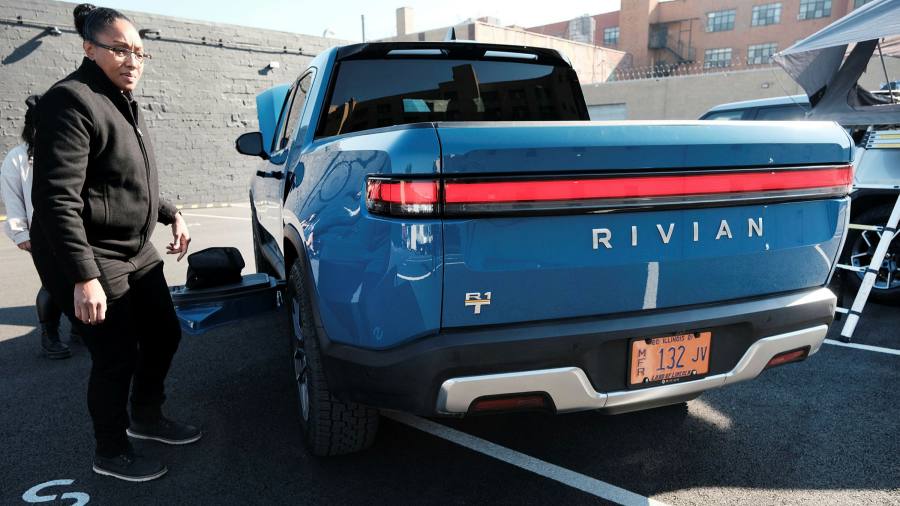 The electric vehicle maker Rivian has priced its initial public offering at $78 a share, significantly above expectations, setting the stage for one of the largest US stock market debuts of the past decade.

The pricing, confirmed by two sources with direct knowledge of the company’s plans, would raise more than $10.5bn for Rivian at a market value of $66.5bn, or $77bn on a fully-diluted basis.

The Amazon-backed company is due to make its first trade on the Nasdaq exchange on Wednesday morning.

The offering price represents a significant jump on the initial $52-$62 a share range it had stated at the start of this month, and above its revised target of $72-$74 announced as recently as Monday.

The elevated target reflects the sky-high expectations for Rivian, which is yet to record any revenue, and has incurred almost $1bn in losses in the first half of this year.

Rivian has just over 50,000 pre-orders for its R1T pick-up truck and R1S sport utility vehicle, as well as an order from Amazon for 100,000 trucks to be delivered by 2025. The ecommerce group participated in several multibillion-dollar funding rounds for Rivian, and owns 22 per cent of the company. 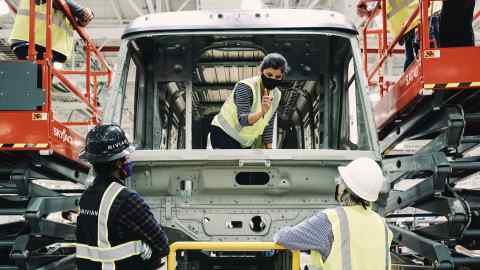 Bullish investors see an opportunity to buy into a company some feel has the potential to emulate the success of Tesla, which in October surpassed a market capitalisation of $1tn.

“The dream they’re selling is pretty extraordinary,” remarked a person who worked on Rivian’s IPO.

“If you think about Rivian’s predecessor in Tesla, and what has been accomplished in that stock, and how it has disrupted that industry and sustained that disruption, the dream around Rivian is pretty real too. It’s captivating.”