WhatsApp is constantly working behind the scenes to add new features to its service, and today we’re talking about just such a thing. The beta version of WhatsApp for Android now has an option to hide your “last seen” status from specific people.

The feature has been in active development for a few months at this point, and now it’s finally live for a subset of those part of the beta program.

This means it will soon hopefully make it to all the people using the beta, and then eventually to the version of WhatsApp everyone’s using, but there’s a caveat here, in that “soon” could mean “in a few months”, if we’re judging by some of WhatsApp’s past rollouts of new features. It’s really among the most cautious companies when it comes to adding stuff to its stable app, that’s for sure. 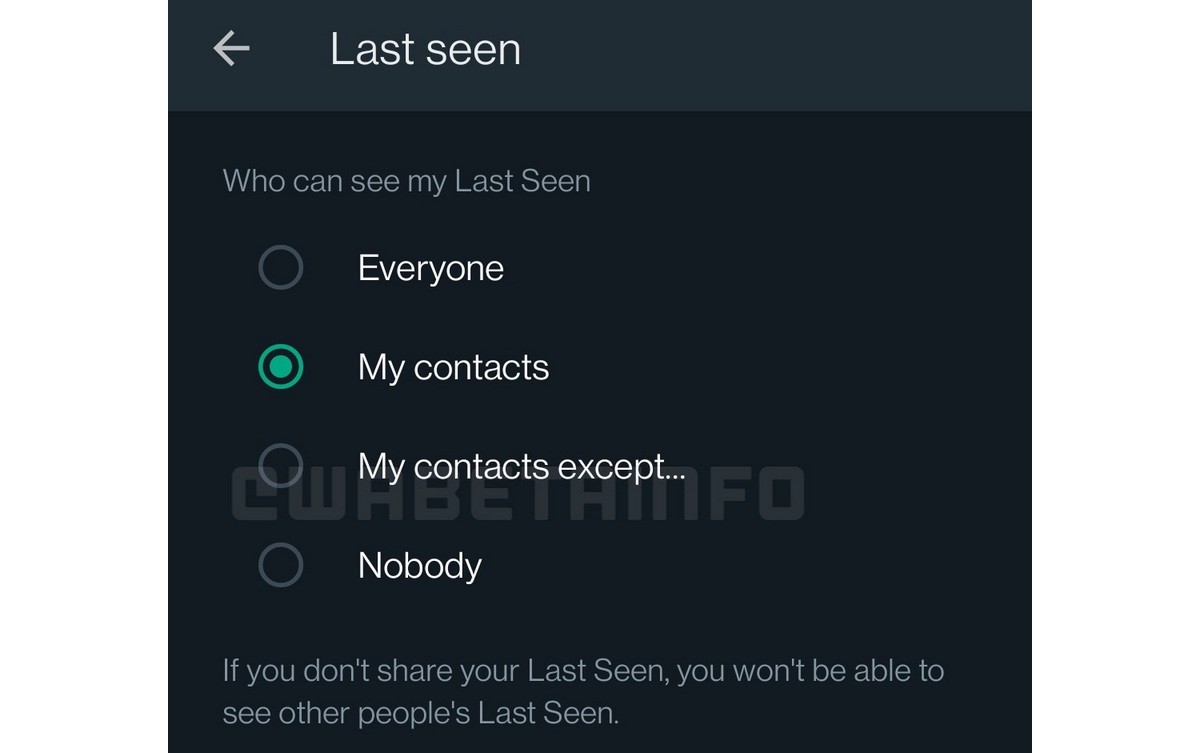 Anyway, at some point in the future (let’s just go with that), anyone using WhatsApp will be able to set their “last seen” status to be viewed by everyone, their contacts, their contacts except a blacklist of specific people, and nobody. The other options were there already, what’s new is the “My contacts except…” one.