About a week after the Galaxy Tab S8+ ran Geekbench, the top dog of the upcoming Samsung tablets did so as well – the SM-X906N, suspected of being the Samsung Galaxy Tab S8 Ultra for South Korea, showed up in the results database.

The slate was powered by the same “Taro” chipset, which will be marketed under the name “Snapdragon 8 gen 1”, according to the latest rumors (rather than “898” as it was known so far). 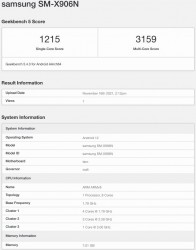 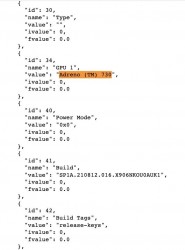 The Tab S8 series seems ready to launch, though Samsung is yet to set an announcement date. We may have to wait until January or February for the new slates.