Qualcomm is bringing a new flagship chipset on November 30, and according to some reports, it will be named Snapdragon 8 Gen 1. Leakster Digital Chat Station claimed on his Weibo page that some phones with the new SoC will be able to offer 150W fast charging, but they are scheduled to arrive later, as the first batch of chips is not ready to support such rates. 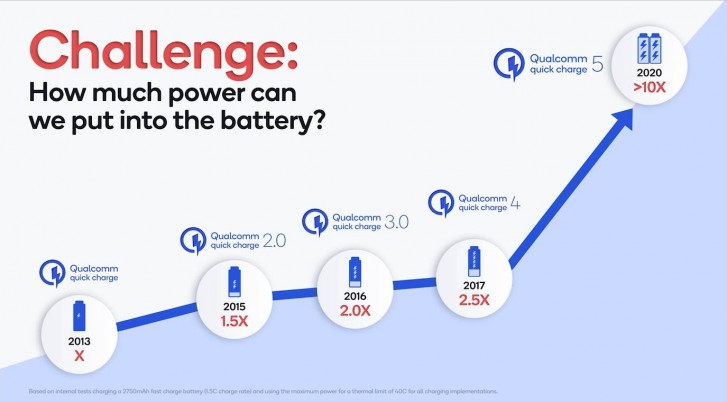 Xiaomi and Motorola (through its parent company Lenovo) have devices in the portfolio with impressively high charging rates and flagship Snapdragons – the Mi 10 Ultra was launched back in mid-2020 with 120W, while the Legion 2 Pro supports 90W through its two USB-C ports. Both makers will bring their flagships by the end of 2021, meaning they will not offer the new higher charging rates.

The leakster claims Qualcomm will provide support for speeds up to 150W in the second batch of chips that will get shipped in late 2021, so it will power devices, launched in Q1 2022. This will allow smartphones to fill up their batteries just 10 minutes.

The current standard, used by the San Diego company is called Quick Charge 5 and enables charging speeds that get from 0 to 50% in 5 minutes through a so-called “Dual Charge” technology. It incorporates 12 separate voltage, current, and temperature protections to ensure flawless performance, and we expect the new standard in the Snapdragon 8 Gen 1 to be slightly bumped in order to provide the reported 150W rates.