Even though Google does not report on monthly adoption rates of Android anymore, its Android Studio does show the number of Android devices that access the Play Store during a seven-day period alongside their corresponding OS version. 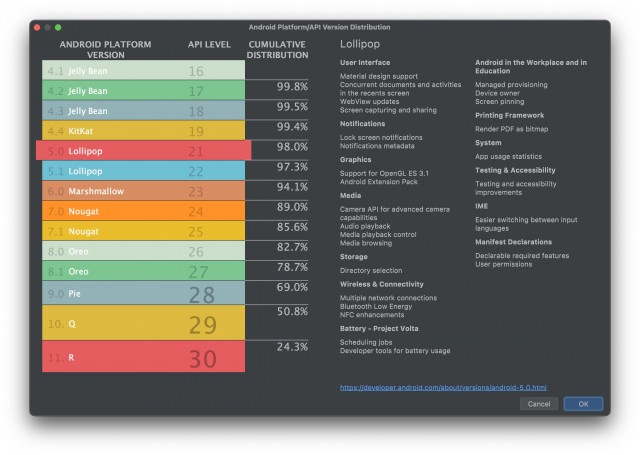 Based on this data, Android 10 is currently running on 26.5% of devices which is the most of any Android version. Last year’s Android 11 is second with 24.2%, while data for Android 12 devices is yet to be populated.