Known for its rugged smartphones and entry-level devices, Oukitel has announced its first rugged tablet – the RT1. It’s a 10-inch slate running largely stock Android 11 with a hardened plastic shell that’s both IP68 and IP69K water and dust-proof. It’s also drop-proof for up to 1.5m.

Oukitel RT1 is powered by MediaTek’s Helio P22 chipset alongside 4GB RAM and 64GB storage which is expandable via microSD. The tablet brings a sizeable 10,000 mAh battery which charges at 18W speeds via USB-C. There’s a 16MP camera on the front and another 16MP module on the back for photos and videos. You also get dual 4G SIM slots. 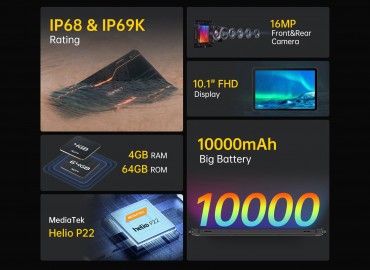 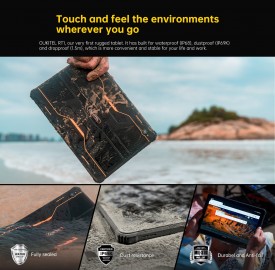 Oukitel RT1 comes in black or orange colors and retails for $200/€180 after coupons. It is available to order from Oukitel’s official Aliexpress store.