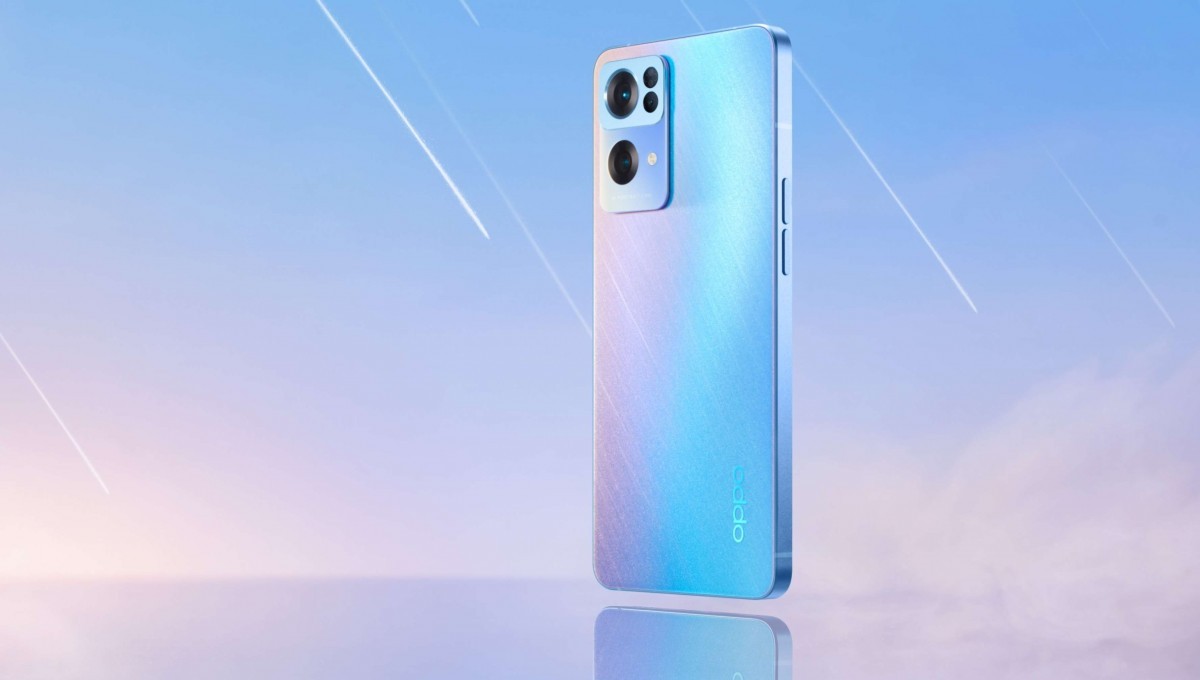 But wait, there’s more! Apparently the company will also unveil a new pair of true wireless earbuds for the Indian market, priced similarly to the Enco X, which is currently going for INR 9,999. The Watch Free should be launched in India alongside the new earbuds and the Reno7 and Reno7 Pro as well.

The Reno7 Pro, on the other hand, comes with a 6.55-inch 90 Hz AMOLED panel, the MediaTek Dimensity 1200 Max chipset, 8 or 12 GB of RAM, 256GB of storage, a 50 MP main rear camera aided by an ultrawide of unspecified resolution and a 2 MP macro cam, seemingly the same front-facing camera as its sibling, and the same battery capacity, although charging is bumped up ever so slightly to 65W.