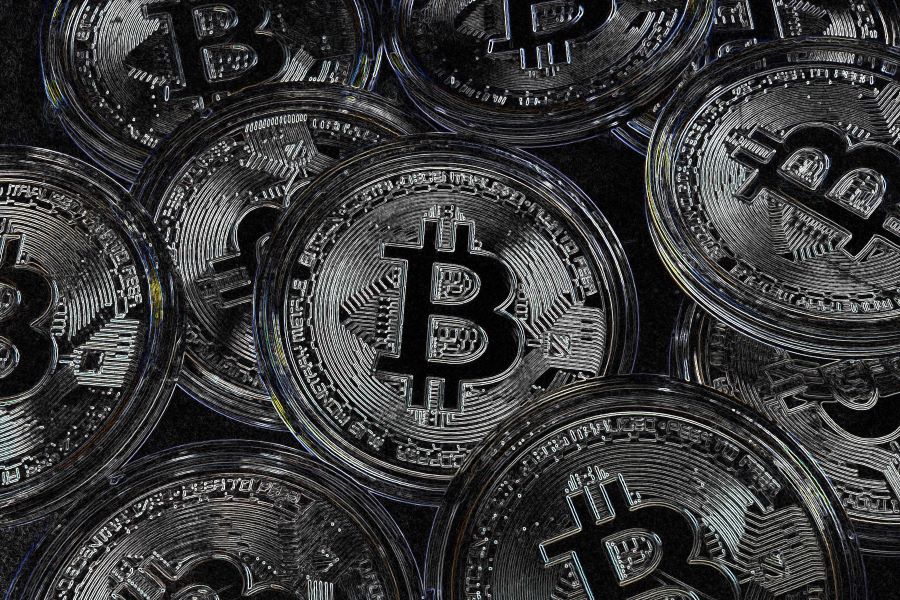 In the past few weeks, an iconic Los Angeles sports venue announced it would be renamed the Crypto.com stadium. El Salvador’s president revealed plans for a Bitcoin city financed by “volcano” bonds. A three-year-old U.S. software company achieved a lofty $3.4 billion valuation on the promise of bringing crypto payments to the masses.

There’s no escaping the fact that interest in crypto currencies is booming in the wake of the global pandemic, bringing the technology further into the mainstream than most people could have imagined a decade ago.

Crypto has grown up as an alternative to traditional, or “fiat,” money like the dollar, pound and euro, which are backed by the fiscal and monetary policies — and ultimately the armies —  of national governments, and which depend in large part on trust that government authorities will defend the value of the national currency.

There are now more than 6,000 different crypto “coins” with a total value of about $2.4 trillion, up 10-fold from the start of 2020, larger in value than the economy of Italy.

Beyond the flashy headlines, the rise of crypto looks set to bring about fundamental changes in the way we spend and invest in the coming years, and it may even threaten some of the key foundations of the traditional financial system.

So what are crypto currencies, and why are they important?

What are crypto currencies?

In the simplest terms, crypto is digital money that can be transacted online. The tokens are undergirded by a blockchain, an immutable, distributed ledger that records every transaction, eliminating the need for a traditional “middle-man” operator such as a bank.

Critics of crypto argue the tokens have no intrinsic or social value and are storing up risks for financial stability and the environment through their sometimes energy-intensive minting process. Yet as the crypto market keeps expanding more than a decade after the first coin emerged, it’s become much harder to dismiss it as a passing fad.

Why do crypto currencies have value?

Similar to any asset or currency, crypto tokens essentially have value because enough people believe they do. A coin derives its price from the strength of the team behind it, its scarcity and from how well its technology can provide valuable solutions.

Take the world’s second- biggest crypto currency, Ether or ETH, the native token of the Ethereum blockchain. Ether’s price has rocketed from $0.76 in 2016 to over $4,000 today on the strength of surging demand for the blockchain’s smart contracts, which are used in crypto applications and which have potential uses in a wide range of industries.

Other smart contract tokens such as Cardano and Solana are snapping at ETH’s heels, competing to offer faster and less costly transactions. Tokens such as Litecoin and XRP are aimed at creating faster, more friction-less payments. Stablecoins like USDC and Tether are pegged to a traditional asset, such as the dollar, avoiding the volatility that most other coins experience.

And then there are “meme” coins, such as Dogecoin and Shiba Inu, whose value derives less from any use case and more from their ability to build enthusiasm through social media and gain a loyal community of investors.

What is Bitcoin and how is it different?

Bitcoin is the first crypto currency and has remained dominant, accounting for over 40% of total crypto assets. One Bitcoin will now cost you about $57,000, compared to less than 10 cents in 2010.

Initially touted as a new way to spend money, its perceived value these days is more as a store of value against the eroding value of traditional currencies caused by inflation and loose monetary policy.

Hard-core proponents are adamant that Bitcoin represents the only true “sound money” that can safeguard against the whims of governments and central banks printing money. Only 21 million Bitcoin will ever be minted, at a diminishing rate through around the year 2140, giving  it a “hard” quality that proponents say is similar to the role traditionally played by gold.

No individual, government or institution can meddle with Bitcoin — it is controlled by its algorithm and thousands of users around the world who run the Bitcoin software on nodes, making it very decentralized and secure compared to most other coins.

Why is it still hard to spend crypto currencies on goods and services?

The rise of Bitcoin and other crypto currencies has minted fortunes in recent years, but good luck using them to buy a latte. Rather then currencies, tokens have come to resemble stocks or other assets that investors buy in the hope of a rise in value.

The high volatility of most coins has weighed against their adoption as a form of payment. That said, the list of companies that accept crypto is growing longer as more people become familiar with the technology. A third of U.S. small businesses now accept crypto and technology like the Lightning Network has made paying with Bitcoin faster and less costly. In 10 years time, paying by crypto with a scan of your cellphone may be as normal as paying by credit card is now.

What is DeFi and why could it be important?

DeFi, or decentralized finance, has been one of the fastest growing areas of crypto in recent years, consisting of an ecosystem of apps and protocols that mimic the functions of traditional finance.

Automated DeFi platforms such as Aave and Compound can be used to lend and borrow and earn yields far higher than those available on bank accounts. This comes with risks, such as system bugs and a lack of regulations or insurance.

The prospect of a “bankless society” is still a ways off, but many analysts expect DeFi to pose a growing threat to traditional banks’ business in the coming years as its platforms mature.

Are crypto currencies in a bubble?

There are certainly “bubbly” aspects to the recent crypto run-up, most visible in the social-media driven surge in the value of some meme coins. Central banks in major countries have pumped around $9 trillion into the economy since the pandemic started, some of which has flowed into crypto speculation as well as stock markets and housing.

At the same time, there are plenty of fundamental reasons behind the rise of major cryptos like ETH and Bitcoin. ETH’s rise has tracked an explosion of activity in the applications it powers in areas such as DeFi and Non-Fungible Tokens.

Bitcoin’s ascent has partly reflected its increasing adoption by companies and institutions. Companies such as Tesla and MicroStrategy have bought billions of dollars in Bitcoin as part of their corporate treasury strategy. Regulators approved the first U.S. Bitcoin ETF in October and are considering around a dozen other applications, ushering the coin further into the financial mainstream.

Major banks like Goldman Sachs now have crypto trading desks and publish regular research reports on digital assets. El Salvador’s adoption of Bitcoin this year as legal tender — the first nation to do so — was another milestone for crypto adoption.

Does crypto help to facilitate crime?

Because crypto currencies can be used and stored anonymously, they are a tempting way for people to conduct illicit activities. Their use in crimes, such as ransomware attacks, money laundering and terrorism, has been singled out by many governments and politicians as a reason to shun crypto.

However, illicit activity accounts for less than 1% of Bitcoin use, according to a major industry report, which found that crypto crime fell 57% between 2019 and 2020. Old-fashioned cash — in many ways less traceable by authorities than crypto — remains by far the most popular way for criminals to conduct business.

What about their environmental impact?

A growing criticism of crypto, and especially Bitcoin, is its intensive use of energy resources and impact on climate change.

Bitcoin is mined using a “proof of work” mechanism in which computers compete to solve complex math problems, requiring large amounts of power. Bitcoin mining takes up about 0.5% of global electricity usage, more than many countries.

Critics say that’s inexcusable at a time when society needs to be reducing its carbon footprint to curb global warming. The common retort from Bitcoin proponents is that it is well worth expending energy on an asset that can protect people from inflation, liberate them from the banking system and revolutionize the financial system. Why, they ask, is no one questioning the carbon footprint of the current financial system?

How will governments respond to the rise of crypto?

This is the big question for crypto. Governments have the power to stifle or crush crypto activity through regulation and bans, and they could adopt a tougher approach if they believe crypto is adding to financial stability risks or being used for illicit activities.

China has adopted the strictest stance of any major country, this year declaring all crypto transactions illegal and banning all crypto mining, surrendering its status as the world’s biggest source of Bitcoin. At the same time, Beijing is pioneering its own digital yuan — a currency that can be spent and transferred like crypto but under the control of the authorities.

But other countries and regions are embracing crypto and the influx of economic activity it brings. Crucially, the United States has adopted a tolerant stance on crypto, recognizing it as an important driver of financial innovation even as it seeks to step up regulation and taxation of the sector.

U.S. states like Texas and Wyoming are positioning themselves as crypto-friendly centers of innovation and mining. Some mainstream politicians, such as Texan Republican Ted Cruz, have emerged as vocal proponents of the crypto industry.

Eventually, though, some believe that Bitcoin will represent such a threat to national currencies and authorities’ control of the financial system that governments will be forced to crack down.

“Bitcoin will be by far the best asset physically, dynamically, mathematically above all others,” Plan B, an anonymous leading Bitcoin price analyst, said on a podcast in October. “But the powers-that-be, with the largest armies, the biggest balance sheets and all the political power, they will fight, they will fight to the death.”