IDC’s report on the wearables market in Q3 of 2021 shows a near 10% increase over the same period last year.

The growth was mainly down to hearables (headphones and earbuds), which grew 26.5% to capture nearly 65% of the market in Q3. Wrist-worn wearables followed with 34.7%.

But according to IDC’s numbers, demand is slowly shifting from wristbands to watches. Consumers are reportedly looking for more capable devices, and watches have gotten closer in price to bands. 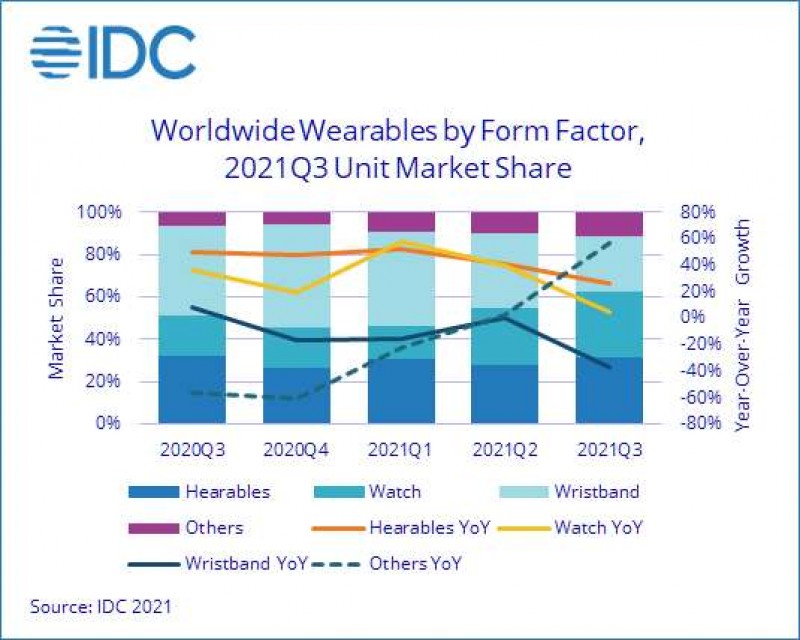 Apple held its number one spot, despite having to push the Watch Series 7 to Q4 due to supply issues. Its overall shares declined by 3.6%, but were kept solid by AirPods and Beats sales. Still, Apple grabbed over 53% of the dollar value for the entire market in Q3.

Samsung tied Xiaomi for second place with 12.7m shipments in Q3 – a 13.8% increase YoY. This is due to strong Galaxy Watch4 sales. Xiaomi’s market position worsened by nearly 24% over last year, due to its reliance on bands.

Finally, Indian brand Imagine Marketing, which sells BoAt devices, found itself in the top 5, thanks to its strong marketing and affordable products. 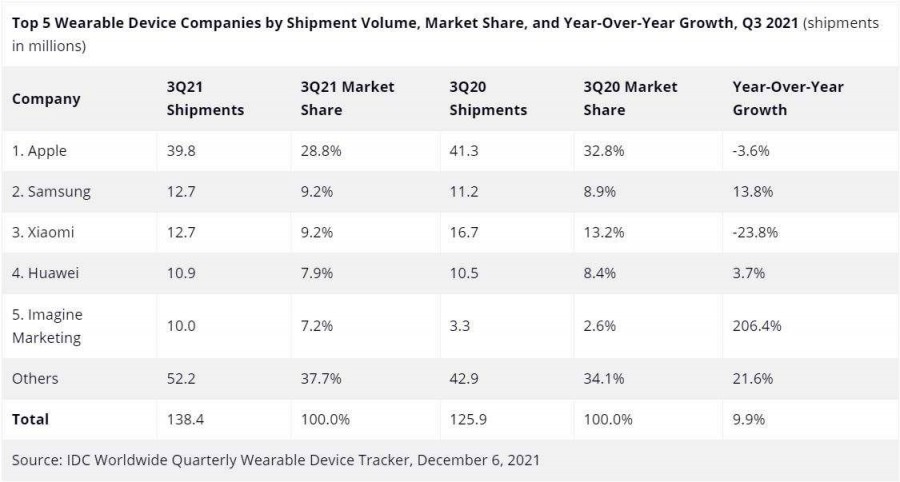